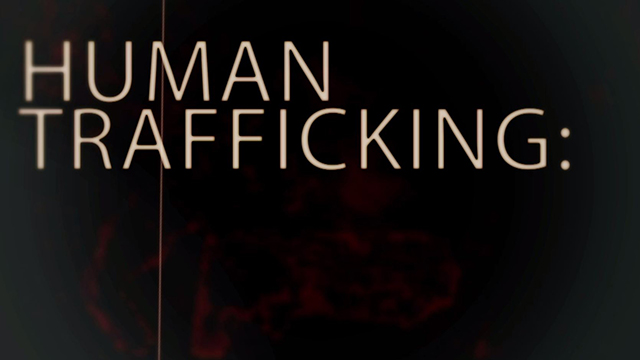 Provision to set up National Anti Trafficking Bureau to deal with inter-state trafficking cases.The Lok Sabha on Thursday passed "The Trafficking of Persons(Prevention, Protection and Rehabilitation) Bill 2018”. The Bill was introduced in Lok Sabha by Minister for Women and Child Development, Maneka Gandhi, on July 18. The Bill is intended to   prevent trafficking of persons, especially...

The Lok Sabha on Thursday passed "The Trafficking of Persons(Prevention, Protection and Rehabilitation) Bill 2018”. The Bill was introduced in Lok Sabha by Minister for Women and Child Development, Maneka Gandhi, on July 18. The Bill is intended to   prevent trafficking of persons, especially women and children and to provide care, protection and rehabilitation to the victims of trafficking, to prosecute offenders and to create a legal, economic and social environment for the victims.

(i) for the purpose of forced labour or bonded labour by using violence, intimidation, inducement, promise of payment of money, deception or coercion or by subtle means including, allegations of accumulated debt by the person, retention of any identity paper, threats of denunciation to authorities; or
(ii) for the purpose of bearing child, either naturally or through assisted reproductive techniques; or
(iii) by administering any narcotic drug or psychotropic substance or alcohol on a person for the purpose of trafficking or forcing him to remain in exploitative condition; or
(iv) by administering any chemical substance or hormones on a person for the purpose of early sexual maturity; or
(v) for the purpose of marriage or under the pretext of marriage trafficks a woman or child after marriage; or
(vi) by causing serious injury resulting in grievous hurt or death of any person, including death as a result of suicide as a consequence of trafficking of person; or
(vii) who is a pregnant woman or the offence results in pregnancy of the person; or
(viii) by causing or exposing the person to a life-threatening illness including AIDS/HIV; or
(ix) for the purpose of begging; or
(x) who is a mentally ill person  a person with disability , or as a consequence of trafficking, the person becomes mentally ill or disabled; or
(xi) by encouraging or abetting any person to migrate illegally into India or Indians in to some other country,

Aggravated trafficking is punishable with imprisonment up to ten years, along with a minimum fine of Rs.One Lakh.

The Bill provides for the setting up of National Anti-Trafficking Bureau(NATB) to deal with crimes having inter-state ramifications. “Trafficking is a borderless crime, but jurisdiction issues come in the way of investigation. This bill provides for NATB to effectively address this aspect”, Union Minister Maneka Gandhi stated the reasons for NATB. Anti-trafficking units are to be established at district level. The Act also provides for rehabilitation of victims of trafficking.

Several members of the Lok Sabha raised concerns about the Bill, and demanded that it be sent to the Standing Committee.

Dr. Shashi Tharoor MP, in his speech in Lok Sabha, described the bill as a “rehash of existing laws” as the offence of trafficking was already covered by Section 370 of IPC. He said that the bill only added to the existing overlapping cocktail of laws, and through the creation of ten anti-trafficking bureaucratic bodies, it will create confusion in the enforcement of these laws.

Further, concerns were raised about lack of safeguards to prevent possible misuse of the provisions against adult consenting sex workers. He also highlighted that the provisions without safeguards could result in harassment of transgenders. “The use of phrases such as ‘administration of hormones’ in the Bill can be used to target transgender persons, since many of them take hormones during their process of gender affirmation, and since some medical practitioners are unwilling to do this so on their behalf, they at-times self administer these substances”, he said. It was also pointed out by Dr.Tharoor that the Bill contained phrases like ‘may lead to trafficking’or “likely to be used for trafficking”, which may not stand judicial scrutiny due to vagueness as per the decision in Shreya Singhal case. The rehabilitation scheme provided by the Bill was criticised as “reiteration of the failed method of institutional rehabilitation”.

BJD’s Thathagatha Satapathy also endorsed this view and suggested to include provisions for community based rehabilitation for survivors, instead of institutional rehabilitation.

Thrinamool Congresss’s Pratima Mondal and CPI’s Badaruddoza Khan said that provisions for confiscation of properties were stringent and likely to be misused.

Maneka Gandhi refuted that the Bill was against sex workers, and clarified that the intention was to curb trafficking and not to target its victims.

Earlier this month, members of civil society had submitted a representation before the Minister, with endorsements of about 4000 sex workers, highlighting the concern that the Bill could result in harassment of voluntary adult sex workers.