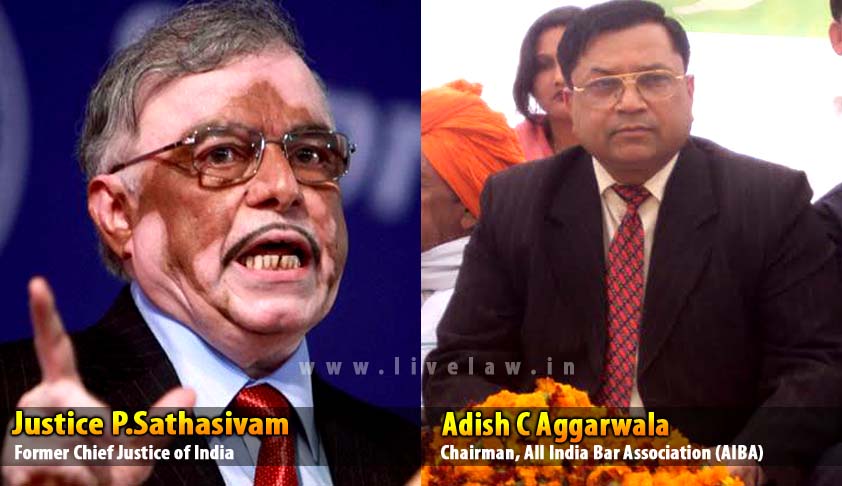 The NDA government’s reported move to appoint former Chief Justice of India P Sathasivam as the chairman of NHRC has not gone down well with a section of the legal fraternity. All India Bar Association (AIBA) chairman Adish C Aggarwala has filed a petition in the Supreme Court stating that the government’s move is ill advised and unethical, considering that when the BJP was in Opposition, it had repeatedly opposed post-retirement jobs for members of higher judiciary. He had earlier opposed appointment of Justice Sathasivam as Governor for the state of Kerala.

The matter was mentioned today by the senior advocate in the court of the Chief Justice H L Dattu who said that it’ll be taken in due course. The challenge is based on violation of Art 14 on choosing Justice Sathasivam as the sole nominated candidate. He also challenged fitness and suitability of Justice Sathasivam for the post alleging his interest in corrupt activities and misuse of constitutional power by causing undue benefits to family members. He has also challenged the process of appointment to be arbitrary, whimsical and at the hands of the political ruling establishment with no options other than Justice Sathasivam. He has also sought direction for guidelines for appointment.

In the representation sent to Mr. Mukherjee and Mr. Modi, he expressed AIBA’s profound opposition to the consideration of Justice P. Sathasivam as Chairperson of National Human Rights Commission on the following three grounds:

The AIBA alleged “Justice Sathasivam has a history of misuse of office by illegally procuring land from Tamil Nadu Government for his close relative – mother-in-law of his son and ultimately the land transferred to his daughter in law; He obtained Maruti Car Agency in Coimbatore, for his son by getting waived the requirement of security deposit of Rs. 5 crores; Once a person joins politics his ability to remain independent is compromised and he cannot later metamorphose into someone wholly apolitical as required for the post of Chairperson of National Human Rights Commission.”

The Chairperson of the Commission must be a person of unflinching integrity, who is competent to deal with cases without fear or favour, and can uphold the rights enshrined in the Constitution. He has to be a person with a reputation for independence, with no prior commitment, political leanings, loyalty or obligation.

Dr. Aggarwala said “if press reports (Deccan Herald, dated 26.3.2015) are to be believed, unmindful of the above, the Central Government is not only considering but has already obtained consent of Justice P. Sathasivam for his appointment as Chairperson of the National Human Rights Commission without considering other eligible former Chief Justices of India including Justice R.M. Lodha, Justice Altamas Kabir and Justice S.H. Kapadia. Failure to obtaining consent of these former Chief Justices for consideration for appointment as NHRC Chairperson and obtaining consent of only Justice Sathasivam despite tainted background would render the selection process faulty and amenable to challenge. It is in that context that I am constrained to write to you.”

The copies of the complaint have been sent to other members of the selection committee which include Speaker of Lok Sabha Sumitra Mahajan, Home Minister of India Mr. Rajnath Singh, Leader of Opposition in Rajya Sabha Mr. Ghulam Nabi Azad, Deputy Chairman of Rajya Sabha Prof. P.J. Kurien.