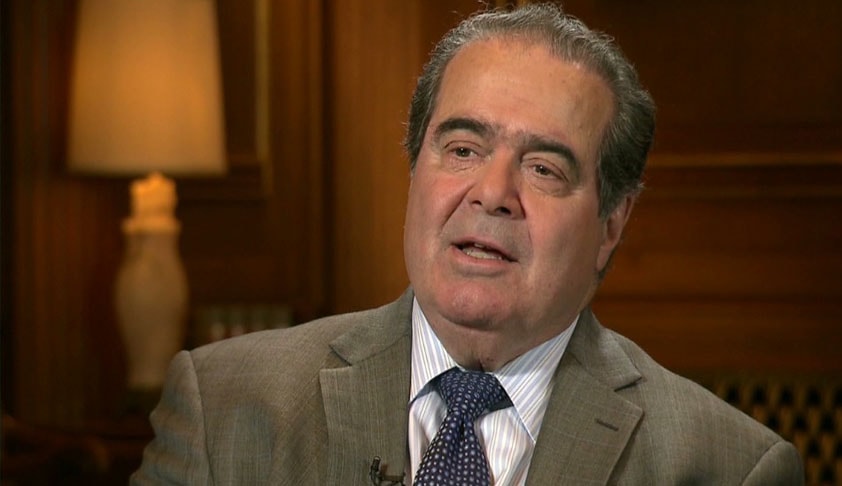 Justice Antonin Scalia, a famous Judge of the US Supreme Court was found dead yesterday at a resort in West Texas. Scalia, 79, was considered one of the most influential judges of the last quarter century and an expert in constitutional law. His most important and perhaps the most controversial work was the theory of Originalism as a tool of constitutional interpretation.In his address...

Justice Antonin Scalia, a famous Judge of the US Supreme Court was found dead yesterday at a resort in West Texas. Scalia, 79, was considered one of the most influential judges of the last quarter century and an expert in constitutional law. His most important and perhaps the most controversial work was the theory of Originalism as a tool of constitutional interpretation.

In his address delivered on September 16, 1988 at the University of Cincinnati as the William Howard Taft Constitutional Law Lecture titled ‘Originalism : The Lesser Evil’, he mooted that originalism as a technique to solve constitutional equations may not be perfect but is the best method to simplify the algorithm. He relied on the CJ’s opinion in Myers v United States [272 U.S 52 (1926)] to profess the originalist approach. He wrote that the principal theoretical defect of non-originalism was its incompatibility with the very principle that legitimizes judicial review of constitutionality. Chief Justice Marshall in the landmark case of Marbury v Madison held that if the law was to make any attempt at consistency and predictability, surely there must be general agreement not only that judges reject one exegetical approach (originalism) but that they adopt another. Scalia relied on this opinion to adopt methodology of proof by contradiction that non-originalism may have its benefits but the originalist approach was better. Scalia also noted that originalism is not devoid of defects and the primary impurity in it was the difficulty of applying it correctly. He also emphasized by giving an example that ‘cruel and unusual’ originally meant ‘cruel and unusual for the age in question’ and not ‘cruel and unusual in 1791’. Finally comparing the two diametrically opposite theories of constitutional interpretation, Scalia concluded that originalism was the better evil.

Justice Scalia’s widely acclaimed Taft Lecture however in my view is not completely correct. Infact, It can be even said that he perhaps was not a true originalist like Justice Thomas. There are 3 main objections to Originalism. Firstly, it is impractical as it is almost impossible to accurately devise the true intentions of the number of framers. Secondly, originalism is contrary to the intention of framers themselves as they drafted/amended a provision against the original framers themselves. And thirdly, originalism as keeps his one firm hand in the past is not the correct approach for the future course. Notably, while a major chunk of originalists stress on the theory of popular sovereignty, Justice Scalia developed and relied on theory of constitutional legitimacy. Justice Scalia infact saved himself from more severe criticism by saying ‘What I look for in the Constitution is precisely what I look for in a statute: the original meaning of the text, not what the original draftsmen intended’. The fundamental problem with Scalia’s constitutional legitimacy is that while it is founded on consent of the governed, consent morally binds only those who themselves actually consent. As there have been various different types of ruling establishments globally it is very difficult to accept Scalia’s Originalism as there cannot be an explanation as to how the consent of some of the diverse ancient ancestors bind those today who and perhaps whose ancestors never consented. Scalia, even while proposing his constitutional legitimacy did not focus on legitimacy of judicial review for his approach.

Randy Barnett while calling Scalia’s originalism as faint hearted mentioned 4 cases where Justice Scalia himself had declined to rely on his approach. In Troxel v Granville, United States v Lopez, Kelo v Nones New London & Gonzales v Raich , Justice Scalia did not join the originalist approach. In Lopez, the Court held the Gun Free School Act unconstitutional because it exceeded the powers of Congress under the Commerce Clause of the US Constitution. In Kelo the Court upheld the use of eminent domain to take private property for the use of a private developer. In both these cases Justice Scalia dissented from the majority opinions using originalism. In Gonzalves on the other hand Justice Scalia joined the majority judgment in upholding the application of the Controlled Substances Act to persons who grew cannabis on their own property solely for their own medical use as recommended by their physicians and authorized by the State Law. The minority opinion which based its logic in originalism was not supported by Scalia. To sum up, Justice Scalia was not a true originalist in spirit and could never professed fearless originalism.

Justice Scalia undeniably was the brightest judicial minds. His departure to heaven is a big loss to the legal fraternity. Perhaps, heaven may make good use of ‘Scalia’s Originalism’. May his soul, Rest in Peace!