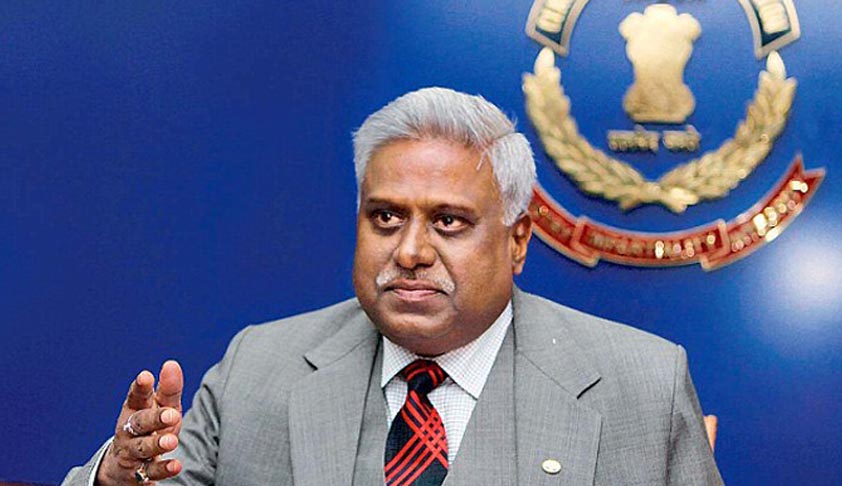 A Supreme Court Bench headed by Justice H.L. Dattu demanded a reply from CBI director Ranjit Sinha regarding the visitors’ logbook at his Delhi residence, asserting that the averments are “very serious”. He is asked to reply within a week.The Bench rejected Singh’s argument that filing an affidavit would mean disclosing crucial facts relating to 2G spectrum probe. It said if he chose...

A Supreme Court Bench headed by Justice H.L. Dattu demanded a reply from CBI director Ranjit Sinha regarding the visitors’ logbook at his Delhi residence, asserting that the averments are “very serious”. He is asked to reply within a week.

The Bench rejected Singh’s argument that filing an affidavit would mean disclosing crucial facts relating to 2G spectrum probe. It said if he chose not to file an affidavit in response to the allegations against him, the court would be constrained to draw unfavorable inferences.

However, the Court reminded Sinha that it was concerned with the fairness of the 2G trial since it was monitoring the cases and hence it would want to get to the root of the issue.

Sinha is caught in the controversy over leaked documents showing details of visitors, including representatives of companies involved in the 2G telecom spectrum and coal block allocation scams, meeting him at his residence.

Considering that Ranjit Sinha is the director of the Central Bureau of Investigation, one would think admittance to his personal residence would be, well, limited. Instead, if spiraling news reports about his guests at 2, Janpath are to be believed, Sinha seems to have played a rather unreserved host – with some visitors dropping by more than a 100 times over 15 months.

When examined, the director’s official residence-cum-camp office reportedly revealed that over two dozen vehicles’ registration numbers it listed were fake.

A DNA report pointed out how Union food and consumer affairs minister Ram Vilas Paswan, who is under the CBI scanner for recruitment irregularities at the Bokaro Steel Plant, visited Sinha's residence in March. It argues that around the time of the meeting, a CBI interrogation was imminent. Paswan is yet to be questioned.

The entry in the diary, accessed by the newspaper, shows Paswan visiting Sinha with a man called Mithlesh Kumar, who according to an Indian Express report, has visited Sinha 225 times. Sinha has described Kumar as a ‘retired chief engineer and a friend', says the report.

These vehicles were allegedly brought by visitors to Sinha’s 2 Janpath residence between May 2013 to August 2013. “No records exist on these vehicles in the computerized database of the Delhi traffic authorities, which shows that the entries were bogus,” said an agency source.

The Source added, “Just who was maintaining the visitors’ register? Had the Delhi police or ITBP men been maintaining the register, they would have not have listed non-existent numbers….The diary may throw up more such fake numbers.”

It had also come to light that the diary has no record of several individuals who met Sinha.

The Indian Express on Thursday reported that besides Anil Dhirubhai Ambani Group (ADAG) officials, several other corporate representatives visited Sinha frequently. Among them were Sunil Bajaj of Essar Group and Anil Bhalla of Abhey Oswal Group, both of whom seem to have come to the house on at least 40 occasions each in the 15 months between May 2013 and August 2014. Essar is under CBI probe for its alleged role in the 2G spectrum scam. Bhalla is a close associate of company promoter Abhey Kumar Oswal.

Sinha had threatened that he will file a perjury case against lawyer Prashant Bhushan, who is representing the Centre for Public Interest Litigation, which has argued for removal of Sinha from the 2G probe for allegedly trying to protect influential people. On Thursday, non-governmental organization Common Cause sought Sinha’s recusal from the coal scam probe.

The court had last week nixed Sinha’s plea to restrain media against reporting on this issue. After Prashant Bhushan had claimed that he is in receipt of “very disturbing and explosive material”, i.e. the entry register of Director’s residence. The Bench headed by Justice Dattu today said that it had gone through the materials placed before it but can its take cognizance only when the same are placed on the record. Read the Live Law story here.

The Court would examine the CBI Director’s response to the maintainability of the plea against him as well as on the merits of the allegations on Monday next week.