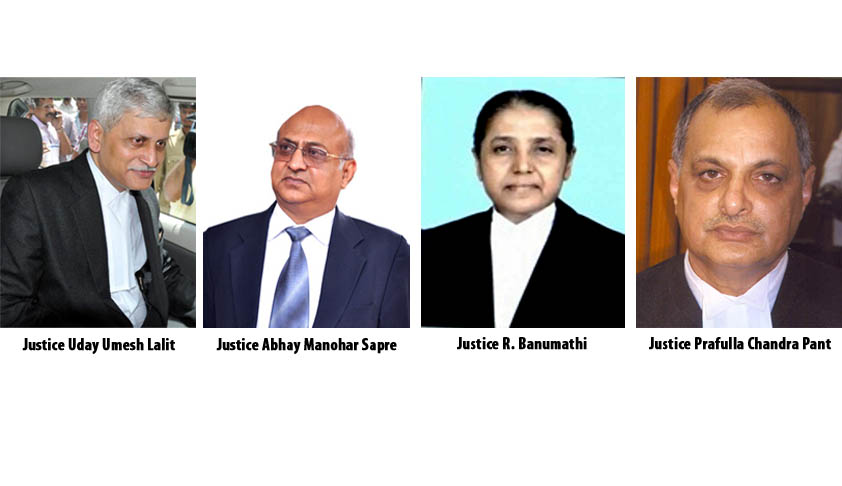 Justice U.U. Lalit was elevated directly from the Bar, after the Government turned down senior advocate Gopal Subramanium’s name for elevation to the Supreme Court. Get the LiveLaw coverage of the controversy here.

Justice Lalit had been in the lawyer’s panel for the Maharashtra government and the Centre for 15 years and five years respectively. He appeared for actor Salman Khan in the black buck poaching case. He also appeared for former Punjab chief minister Amarinder Singh in the corruption case He represented former cricketer and BJP MP Navjot Singh Sidhu, in the culpable homicide not amounting to murder case.

He had also appeared for former Gujarat home minister Amit Shah, who is charge sheeted in the fake encounter case to eliminate Sohrabuddin Sheikh and Prajapati. His appointment as CBI’s special public prosecutor was however opposed by Congress as had not worked under a state government or the central government for at least seven years, which was an eligibility requirement. He will have a tenure of about seven years.

Justice Pant was appointed as the Chief Justice of Meghalaya Hgh Court in September last year. He hails from Pithoragarh District of Uttarakhand. Justice Pant was a judge in the Uttarakhand High Court. Born in Pithoragarh district of then undivided Uttar Pradesh, he joined the UP Judicial Service in 1976 and held different posts. After the creation of Uttarakhand, he was the first Secretary, Judicial, of the state. Justice Pant became Additional Judge of the Uttarakhand High Court in June 2004 and a permanent Judge in February 2008. He will have a tenure of over three years.

Justice Abhay Manohar Sapre enrolled as an advocate in 1978, in the High Court of Madhya Pradesh. He practised in Civil, Constitutional, Taxation, Company Law and Labour Laws and was a standing counsel for Income Tax Department, in Madhya Pradesh High Court.

He was then appointed as Additional Judge of the High Court of Madhya Pradesh in 1999 and as Permanent Judge in 2001.

He was transferred to Rajasthan High Court, then functioned as Judge of the Chhattisgarh High Court for a year and was elevated as the first Chief Justice of the High Court of Manipur on 23 rd March 2013. He will have a tenure of over five years.

Justice R. Banumathi will serve for a tenure of over six years. She entered the Tamil Nadu Higher Judicial Service in 1988 as a direct recruit ‘District Judge’. She was elevated as judge of the Madras High Court on April 3, 2003 and elevated as Chief Justice of the Jharkhand High Court in November 2013. She is the 6th woman appointed as Judge in the Supreme Court of India  after Justice M Fathima Beevi  , Justice Sujata V Manohar , Justice Ruma Pal  and Justice Gyan Sudha Misra  and Justice Ranjana Desai