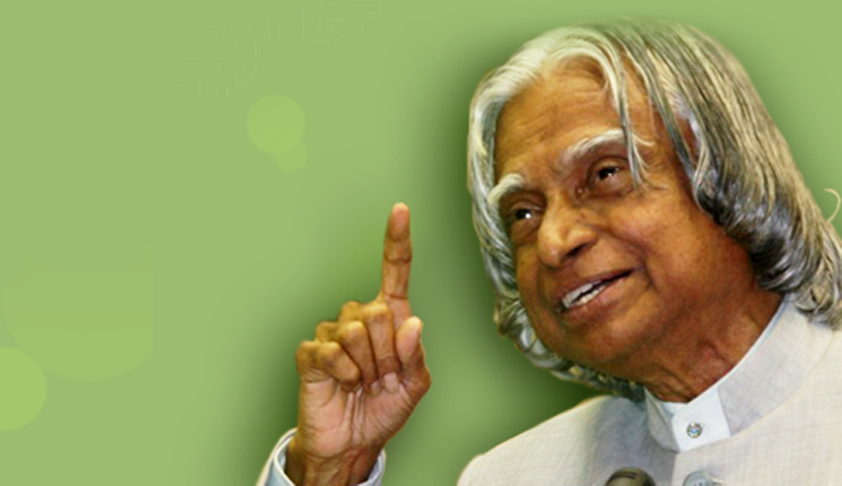 The article first published on July 25th,2007 in Law and other things.

As A.P.J.Abdul Kalam's eventful tenure came to an end, he seems to have generally got a very good press in terms of editorials and commentaries. Pratap Bhanu Mehta, while lauding him for crossing the class barrier, refers to his occassional lapses of Constitutional judgment, which apart from his other such blemishes, did not affect his image. His Indian express article is here.

What Mehta mentions in passing gets a specific reference in Swapan Das Gupta's article. Both obviously refer to his infamous assent, given while he was in Moscow, to the dissolution of Bihar assembly in 2005, which invited Supreme Court's strictures against the Governor, Buta Singh, because of which the latter had to quit office. Kalam, at that time, had described the Supreme Court judgment holding the dissolution as unconstitutional as a learning process. But what was his own defence of the assent?

Rashtrapati Bhavan spokesperson whom I had the privilege of talking to while writing on his first-ever use of Article 111 to return the Office of Profit Bill to Parliament for reconsideration, had this to say:

Kalam was just about to go to sleep, (at 2 a.m.) when he was shown the communication from New Delhi seeking his signature on the decision to dissolve the Bihar assembly. Did he have any option, but to sign? There were only two options: one is to give his assent. The second one is to return it to the Cabinet for reconsideration. There is no third option to the President. He could not have delayed it, or asked New Delhi to wait till he returned home.

If he has to return it for reconsideration, then he has to cite specific grounds why the Union Cabinet's advice has to be reconsidered. The proviso to Article 74, inserted by 44th Amendment in 1978, says:

"Provided that the President may require the Council of Ministers to reconsider such advice, either generally or otherwise, and the President shall act in accordance with the advice tendered after such reconsideration."

The word "reconsider" implies that there ought to be some grounds for reconsideration, some reasons, which according to the President, are weighty enough, to take this extraordinary step of reconsideration. Therefore, the words "generally or otherwise", if you apply the principle of ejusdem generis, are not vacuous words. The President who wishes the Union Council of Ministers to reconsider its advice must necessarily cite the relevant grounds or reasons for doing so, and not just for the sake of it, ask the Council of Ministers to do so.

Given this understanding, was there any reason or ground for asking the Council of Ministers to do so? The Governor, having waited for nearly six months for the political process to realign, had run out of patience, and given a report advising President's rule. Was there any ground to doubt at that time, that his report was born out of malice? There was no representation to Kalam pointing to the political situation. No one staked any claim to the Governor seeking a chance to form a Government and prove the majority. The realignment which was purportedly taking place had not yet taken shape, and things were in a flux. Had there been one definite step - of even staking a claim then there was reason to hold that the advice could have been returned for reconsideration. Only a few newspaper reports had appeared pointing to Nitish Kumar's chances of forming a Government, with splinter groups from other parties. There was no clarity in the situation. Could Kalam have returned the advice asking the Union Cabinet to "await" this, what then appeared as a never ending political drama? Can waiting for political impasse to be resolved by itself be construed as "reconsideration" in the light of a few newspaper reports?

The first, and relatively unpublicised occasion was his demand that the Vajpayee government resign after dissolving Parliament in 2004 and be substituted with a non-partisan caretaker regime. This was a gesture of improvisation that may have been grounded in the principle of fairness but it lacked constitutional sanction. It was a piece of adventurism that Kalam wisely didn’t persist with. (Swapan Das Gupta is factually wrong here, as I have explained in my previous post)

The second occasion was when he accepted Governor Buta Singh’s report on the constitutional breakdown in Bihar after the first 2006 Assembly election in Bihar. Kalam was probably misled by Prime Minister Manmohan Singh’s personal plea of immediacy and hurriedly signed the proclamation in Moscow. Subsequently, the Supreme Court declared the move illegal, although it refrained from being critical of Rashtrapati Bhavan. A humiliated Kalam vowed to be doubly cautious in future and to never accept the government’s advice without an independent application of mind. He learnt from his mistakes.

It is for the history to judge whether, given the circumstances, Kalam was correct on these two occasions.

V.Venkatesan is the Senior Editor of Frontline and the author of Constitutional Conundrums: Challenges to India's Democratic Process (LexisNexis, 2014).