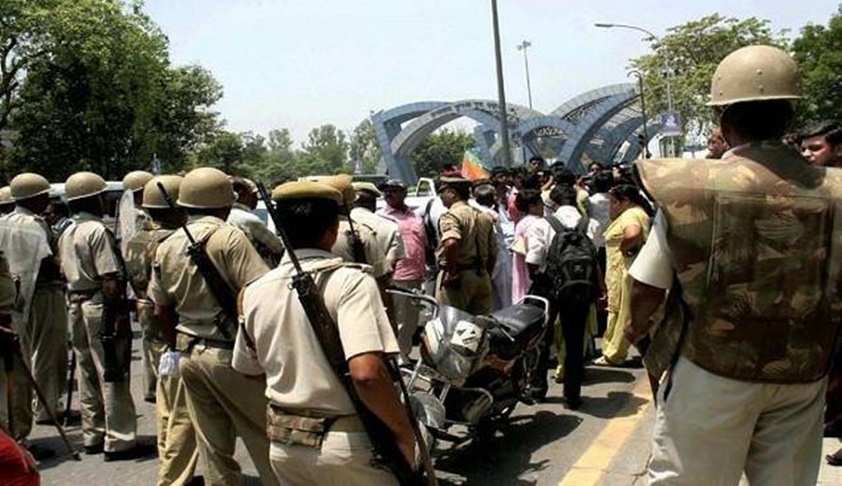 The Delhi High Court has allowed a petition filed by National Human Right Commission under Section 391 CrPC seeking permission to adduce additional evidence in the appeal against acquittal of accused in Hashimpura Massacre.The High Court has allowed the prosecution to lead additional evidence in respect of extracts of a General Diary Register maintained by Provincial Armed Constabulary...

The Delhi High Court has allowed a petition filed by National Human Right Commission under Section 391 CrPC seeking permission to adduce additional evidence in the appeal against acquittal of accused in Hashimpura Massacre.

The High Court has allowed the prosecution to lead additional evidence in respect of extracts of a General Diary Register maintained by Provincial Armed Constabulary (PAC) showing list of PAC personnel with their list of weapons and truck number on which they left for Meerut district on the fateful day of May 22, 1987.

Section 391 of Code Of Criminal Procedure gives ample powers for the appellate Court to take additional evidence after recording reasons.

Citing from a Supreme Court judgment in Zahira Habidullah Sheikh v State of Gujarat, the high court said, "The ends of justice are not satisfied only when the accused in a criminal case is acquitted. The community acting through the State and the public prosecutor is also entitled to justice. The cause of the community deserves equal treatment at the hands of the Court in the discharge of its judicial functions."

The court’s order comes on plea of NHRC seeking direction to Uttar Pradesh for further inquiry and to place before the court registers, attendance registers, logbooks relating to names of the PAC personnel comprising the platoon on duty at Hashimpura on May 22, 1987.

As it heard the NHRC’s plea, the bench of Justice S Muralidhar and Justice IS Mehta was surprised to learn through a series of affidavits filed before it by that the relevant extracts from the general diary register were a part of the trial court record but were never adverted to by the prosecution witnesses or even the sole defence witness.

It is to be noted that during the hearing on NHRC’s plea, the Uttar Pradesh government had filed an affidavit on January 4, 2017 along with certain annexures including one marked as ANNEXURE-R-1/2 which was copy of General Diary of May 22, 1987, maintained by PAC.

This affidavit stated that as per the procedure, PAC has to keep a General Diary Register, for recording the daily movements of personnels, vehicles and other activities of the company. As per the General Diary of “C’ Company 41 Battalion, PAC, Ghaziabad on 22nd May 1987, the truck in question and the private respondents before this Court were posted at Pilokhari Chowki, P.S. Lisari Gate, Meerut, under the orders of the then SSP of Meerut, UP.

Further as per the General Diary Entries, the said personnel departed from company Head Quarter at Police Line, Meerut in official vehicle, truck bearing registration No.URU-1493 at 07:50 AM and reported back at the company head quarter at 09:00 PM on 22.05.1987. A copy of General Diary of May 22, 1987 was annexed and marked as ANNEXURE-R-1/2.”

“The relevance of the above documents, as well as the documents of which it forms part, to the issue involved in the case has not been questioned by any one.

It further said that if the State of Uttar Pradesh is unable to persuade the PAC to produce the original of the document at page 5743 of the trial Court record, it will have to move an application before the trial Court for permission to lead secondary evidence of the said document.

Listing the matter before the trial court on March 19, the high court directed as follows:

(i) The prosecution is permitted to lead additional evidence in respect of the GD register extracts which are at pages 5741 to 5746 of the trial Court record;

(v) Both the prosecution and the accused will cooperate with the trial Court to ensure that the above time schedule is strictly adhered to. The record of additional evidence including the further statement of the accused under Section 313 Cr PC as well as the defence evidence and the trail Court record should be made available to this Court not later than 2nd July 2018.

Nearly 42 to 45 persons were allegedly abducted from Hashimpura in Meerut District, Uttar Pradesh by the armed personnel of the  Provincial Armed Constabulary (PAC) on May 22, 1987. Of these, around 35 were alleged to have been subsequently killed by the PAC on that very date in the late hours and their bodies thrown in a canal.

Both the cases came to be transferred to Delhi in year 2002 where a trial court framed charges against all accused in 2006 for murder, criminal conspiracy etc. While 91 prosecution witnesses were examined during the course of trial, on behalf of defence, only one witness was examined.

In 2015, the court acquitted all accused PAC personnel.

Aggrieved by this order, the State of Uttar Pradesh and complainant Zulfikar Nasir filed an appeal before the high court.

In December, 2015, the high court allowed NHRC to be impleaded as party in the appeal filed by Zulfikar.