Applicability Of The Doctrine Of Legitimate Expectation In Contracts 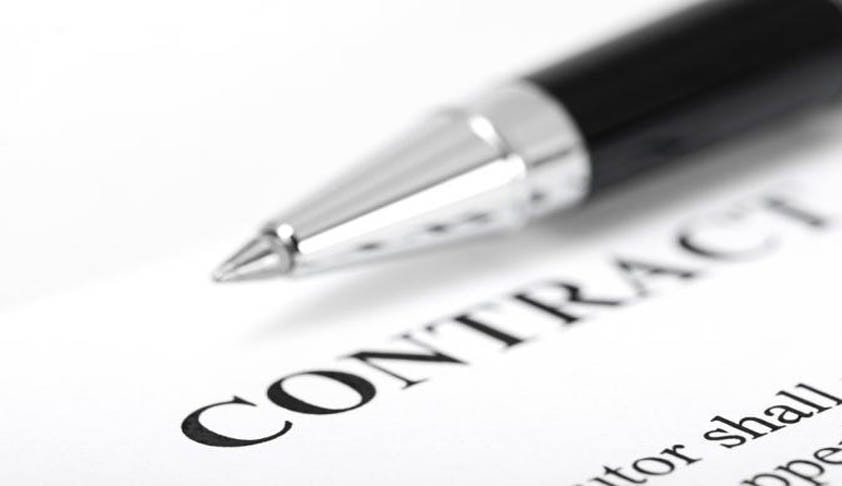 The 'Doctrine of legitimate expectation' means an expectation of a benefit, relief or remedy that may ordinarily flow from a promise or established practice. Such expectations should not be based on the strength of sporadic, casual or random acts. Also, such expectations should not be unreasonable, illogical or invalid. Per contra expectations should be reasonable, logical and valid. However, this Doctrine is subject to the discretion of the Court. This doctrine has application in the field of administrative law. An expectant may be entitled to the relief of an opportunity to show cause before his expectation is dashed or an explanation as to the cause for denial. This doctrine is included within the doctrine of fair hearings (Wade & Forsyth's Administrative Law, 7th Edn). No enforceable right is created in terms of the doctrine of legitimate expectation, but the same only checks arbitrariness on the part of the State.

An expectant may also take aid of this doctrine when there is an express promise given by a public authority or because to the existence of a regular practice which the expectant can reasonable expect to continue, however, any change in policy in public interest altered by a rule or legislation will not attract this doctrine. Needless to mention, any wish, desire or hope irrespective such wish, desire or hope being earnest and sincere will not fall within this doctrine.

Applicability of this doctrine in contracts

While so, I very recently, came across a decision of Hon'ble Supreme Court of Seychelles in Allen Jean & another Vs Wellington Felix & another, wherein and whereunder, the Hon’ble Supreme Court, taking aid from a decision rendered by Lord Denning LJ in Packer v Packer [1954] P 15 at 22, extended the scope and applicability of this doctrine of Legitimate Expectation even to the domain of private contract law.

Allen Jean & another Vs Wellington Felix & another

The Defendants were the owner of a commercial building which was originally designed for and used as supermarket in the past.  The Defendants leased out the building to Plaintiffs, for commercial use, as restaurant for 3 years and, thereafter renewable every three years on terms mutually agreed upon by them. The Defendants also authorized the Plaintiffs to effect necessary alterations, additions and improvements to the building at the Plaintiff’s own cost to make the building suitable for restaurant. The Defendants also signed the necessary documents for change of use and submitted them to the government authorities. However, the lease deed never contained any clause by defendants to indemnify the Plaintiff for the cost incurred in alteration and improvisation of building, if defendants do not renew the lease.

The claim made by the plaintiffs was on the strength of this Doctrine of ‘legitimate expectation’ i.e., the defendants would renew the lease so as to enable them to carry on the restaurant in the building for relatively a longer term since they invested a large sum of money on improvements and alterations of the building and recovering the investments and reaching profitability would take time.

[19] At the outset, I note that the instant case breaks a new ground in our contract law. The Court is called upon to determine in this matter, whether a “legitimate expectation” of a party based on fairness/reasonableness and to an extent, based on an implied consensus ad idem would give rise to an implied term in a private contract and vice versa. This new question is an inevitable development in the evolution of contract law. This development though seemingly a new vista in contract law, is necessary for the advancement of justice in this time and age, especially when we are embarking on the voyage of revising our Civil Code and to meet the changing and challenging needs of time and society. Indeed, all social contracts governing the individual interactions in society eventually metamorphose into legal contracts or relationships such as marriage, family, trade unions, associations, government (vide Rousseau's - 1712-1778 - social contract theory), etc. Hence, Contract Law has to evolve as society progressively evolves more and more from Status to Contract as Henry Sumner Maine observed in his book Ancient Law (1861) thus “we may say that the movement of the progressive societies has hitherto been a movement from Status to Contract.

20] The concept of legitimate expectations originally developed in English law. It is generally applied only in matters of Judicial Review and falls within the domain of public law. It is truism that this concept is not traditionally applied in matters of contracts, which entirely falls within the domain of private contract law. This concept cannot on its own constitute a valid cause of action in contract; and the courts cannot directly apply this concept to do justice in contracts invoking the principle of fairness or reasonableness.

[21] However, now time has come to rethink, remold and extend its application to other branches of law such as Contract, as it constantly evolves. In my considered view, a legitimate expectation of a party to a contract and a breach thereof shall constitute a valid cause of action in law provided that:

(i) the said expectation is based on an implied term of the contract;

(ii) such terms are implied on the ground of fairness or reasonableness;    or an implied consensus ad idem;

(iii) the aggrieved party to that contract had relied and acted upon that  implied term (as has allegedly happened in this matter); and

(iv) There had been a breach thereof, by the other party to the contract.

The Courts of the 21st Century cannot deny justice to anyone for lack of precedents or case law in a particular branch of jurisprudence due to stagnancy in adaptation and advancement. We cannot afford our civil law to remain stagnant in the statute-books; simply because our jurisprudence is not advancing with the rest of the legal world. As judges, we cannot simply fold our hands on the bench to say that no case has been found in which it has been done before on the ground of legitimate expectations in contract law.

25] However, the concept of legitimate expectations in the private law of contract as claimed by the plaintiffs in the instant case, presents some difficulty in tailoring it to suit our needs, jurisprudence and to accord with our civil code. This concept as such is unknown to our jurisprudence. It is nowhere to be seen in the Civil Code of Seychelles. Our judges by and large do not apply or use the language of “legitimate expectations” in the context of any private law of contract particularly, in breach of contracts.

[26] This is not, however, the end of the story. Once we have understood the purpose and the role played by the concept of legitimate expectations in other jurisdictions, where it was conceived and developed, we will be able to circumvent the difficulty in our jurisdiction and deliver justice by applying the underlying principles of fairness and reasonableness to the situation where a person had an expectation or interest in his or her dealings or interactions with others in pursuance of any contractual or other legal relationships. The underlying principles or ideas behind this concept can indeed be found as a hidden-treasure in our law of contract, particularly, in our Civil Code though it appears in different names and forms and using a different language of description.

[27] In fact, Article 1135 of the Civil Code articulates this principle that “terms in a contract may be implied inter alia, for fairness/reasonableness” and a party to that contract may legitimately expect, rely and act upon that implied term, in respect of all consequences and in accordance with its nature. The Courts have unfettered jurisdiction to impute or imply a term which is reasonable and necessary - as suggested by Scrutton LJ in Reigate v Union Manufacturing [1918] 2 KB 592 at 605 - in the interest of justice and fairness and grant remedies accordingly.

[29] Coming back to the case on hand, I find on evidence that the defendants through their conduct, consent and approval impliedly agreed that the plaintiffs might take a bank-loan and invest on the improvement and restructuring of their building and thereby convert its use from that of a supermarket to a restaurant. The defendants also signed the necessary documents for change of use as required by the government authorities such as Licensing and Planning. Furthermore, I find it quite strange on part of the defendants that the property which they offered to sell for Rs3.5 million to the plaintiffs, was sold to a third party for Rs 2 million, which is an improbably generous discount. All these swing the balance of probabilities in one clear direction.”

Applicability of the Doctrine of Legitimate Expectation in India

After doing some research on this doctrine, and its applicability to law of contracts in India, I came across one such decision of the Hon’ble Calcutta High Court rendered in D. Wren International Ltd. and another Vs. Engineers India Ltd. and others which answered the present issue in negative. In this case, Petitioner’s offer to supply loading arms was accepted by the Respondent, however, the Respondent, subsequently, revoked its acceptance. The Petitioner contended that he submitted the bid and participated in detailed negotiation, had legitimate expectation of making supply of loading arms.

The Hon’ble Court, in precise words, rejecting the contention of Petitioner, held that this doctrine of legitimate expectation cannot be applied in a contractual filed of law and particularly when the contract stands concluded. The reasoning on which the Hon’ble Court gave its decision was that ‘as soon as a contract becomes concluded, the expectation, if any, comes to an end; whereafter the parties will be bound only by the terms thereof’. The application of this doctrine in contracts would result in an absurdity as the specific performance of the same is not possible. A procurement contract when granted stands on a higher predestral than a legitimate expectation.

However, the Hon’ble Patna High Court was not inclined to accept the contention put forth by Plaintiff for the reason there was no concluded contract between the parties, and hence, there cannot be any breach of terms of contract that entitles the Plaintiff to claim damages.

The Doctrine of fairness is a doctrine developed in the administrative law field to ensure the Rule of Law and to prevent failure of justice where the action is administrative in nature. Just as principles of natural justice ensure fair decision where the function is quasi-judicial, the doctrine of fairness is evolved to ensure fair action where the function is administrative. But it can certainly not be invoked to amend, alter or vary the express terms of the contract between the parties.

The reason for not accepting this Doctrine of Legitimate Expectation in the realm of contracts may be for the reason that the Contract Act, 1872 clearly defines as to what is consensus ad idem and once, concluded contract is reached and terms of contract are reduced to writing, the contracting parties are bound by the terms of the contract and nothing more or less.

Anil Relwani is a Practising Lawyer in Madras High Court.