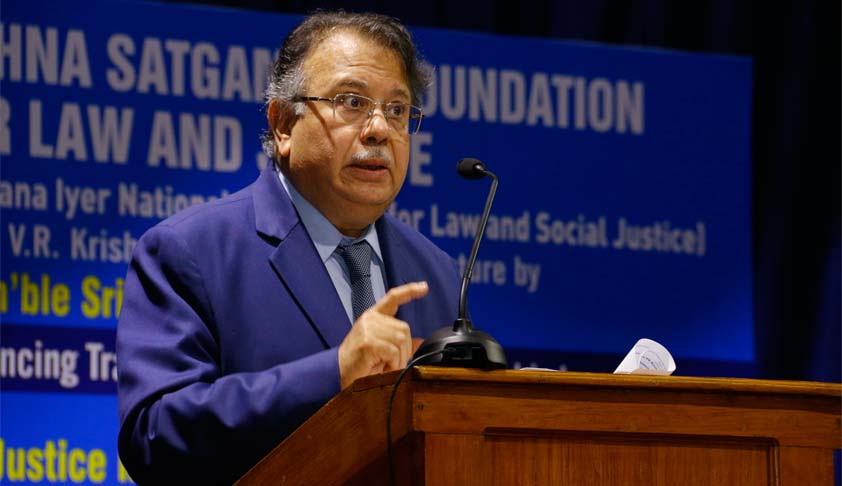 A very good morning to all of you. I am extremely honoured to be here for the Justice Krishna Iyer memorial lecture of 2016, and I would like to thank Justice Ramakrishnan and Mr Sahasranaman for having invited me on behalf of the memorial trust. Justice Krishna Iyer is so familiar to all of you, that I am quite sure that anything I might have to say about him has been heard by you already. So,...


“….political considerations should not influence the appointments to the bench.”

“It would be dangerous to leave the appointments to be made by the President, without any kind of reservation or limitation, that is to say merely on the advice of the executive of the day. Similarly, it seems to me that to make every appointment which the executive wishes to make subject to the concurrence of the Legislature is also not a very suitable position… With regard to the questions of the concurrence of the Chief Justice , it seems to me that those who advocate that proposition seem to rely implicitly both on the impartiality of the Chief Justice and the soundness of his judgment. I personally feel no doubt that the Chief Justice is a very eminent person. But after all that, the Chief Justice is a man with all the failings and all the sentiments and all the prejudices which we as common people have; and I think, to allow the Chief Justice practically a veto upon the appointment of judges is really to transfer the authority to the Chief Justice which we are not prepared to vest in the President or the Government of the day. I therefore think that is also a dangerous proposition.”

THE CONSTITUTIONAL PRACTICE AND ADJUDICATION

The Disintegration of An Independent Judiciary

“…..unless the Chief Justice of a High Court displays a high degree of independence and integrity, many of the judges end up being appointed because of their political affiliations.”

THE NJAC JUDGEMENT AND BEYOND

Long practice is no justification

Primacy in appointments as the only route to independence

Accountability to the people

No alternative to the collegium

PROBLEMS WITH THE COLLEGIUM AND THE WAY FORWARD