Appointment of Justice K.Narayana Kurup as Chairman of Kerala State Police Complaints Authority is in violation of SC directives 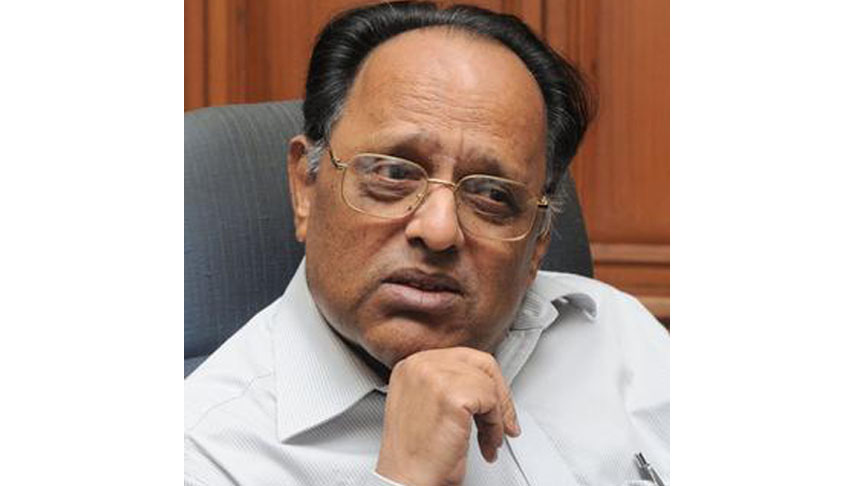 The appointment of Justice K.Narayana Kurup as the Chairman of Kerala State Police Complaint Authority [SPCA] stirs controversy in Kerala. Justice Kurup, a former Judge of the Kerala High Court, was appointed as the Chairman of the Police Complaint Authority last week by the State Government.The Supreme Court in Prakash Singh case (Prakash Singh and Others v Union of India and Others (2006) 8...

The Supreme Court in Prakash Singh case (Prakash Singh and Others v Union of India and Others (2006) 8 SCC 1 )  directed to set up a Police Complaint Authority as part of the Police Reforms in India. The Court had ordered all State Governments and union territories to establish Police Complaints Authorities (PCAs) to  address the huge volume of complaints against the police. In compliance of the directions, the Kerala Police Complaint Authority was established under S.110 of Kerala Police Act 2011[Act 8 of 2011],

(i) complaints on all types of misconduct against police officers of and above the rank of Superintendent of Police;

(ii) grave complaints against officers of other ranks in respect of sexual harassment of women in custody or causing death of any person or inflicting grievous hurt on any person or rape, etc.

(2) The State Authority shall consist of the following members, namely:—

(i) a retired Judge of a High Court who shall be the Chairperson of the Authority;

(ii) an officer not below the rank of Principal Secretary to Government;

(iii) an officer not below the rank of Additional Director General of Police;

(iv) a person as may be fixed by the Government, in consultation with the Leader of Opposition, from a three member panel of retired suitable officers not below the rank of Inspector General of Police furnished by the Chairman of the State Human Rights Commission; and

(v) a person as may be fixed by the Government, in consultation with the Leader of Opposition, from a three member panel of retired suitable District Judges furnished by the State Lok Ayuktha.

The Supreme Court has foreseen possible the flaws in the selection process of Chairman of the  Police Complaint Authority and was cautious enough to emphasis   the need for a panel of names proposed by the Chief Justice of the respective High Courts. . The relevant extract from Prakash Singh dealing with Police Complaints Authority reads as follows :

The direction of the Supreme Court is so express to ignore and the Chairman has to be chosen by the State Government out of a panel of names proposed by the Chief Justice. It is reliably learnt that for the appointment of Justice Kurup as the Chairman of Kerala SPCA, Supreme Court direction is conveniently ignored. Sensing  the reluctance of State Governments in implementing the Police Reforms, the Court has restated enforceability of its directions and reminded the State Governments that “Article 32 read with Article 142 of the Constitution empowers this Court to issue such directions, as may be necessary for doing complete justice in any cause or matter. All authorities are mandated by Article 144 to act in aid of the orders passed by this Court”. “In discharge of our constitutional duties and obligations having regard to the aforenoted position, we issue the following directions to the Central Government, State Governments and Union Territories for compliance till framing of the appropriate legislations”. Unfortunately the State has not complied with directions.

Legalism apart, there are other reasons staring at the appointment of Justice Kurup  which could have been avoided. In recent controversy, Justice Kurup’s name has found place in a Writ Petition(WP(C).No. 12285 of 2011(S)) filed in the Kerala High Court, which was subsequently dismissed. The judgment of Justice Chelameswar, Chief Justice of Kerala High Court ( as his lordship then was ) begin as follows :

“ The writ petition is filed with the prayers as follows: "(i) issue a writ of mandamus or any other appropriate writ order or directions directing the respondent to take necessary steps to conduct a proper investigation for bringing the truth out of the shadow, based on the aforesaid facts revealed in connection with bribing the retired judges of High Court of Kerala namely Mr.Justice K.Narayana Kurup and Mr.Justice K.Thankappan.

(ii) call for the records of clippings from the television channel Indiavision where they telecasted the facts revealed by Mr.Rauf, about the back door method adopted for brushing aside ice cream parlous sex scandal case including the disclosure regarding the bribing of judges along with the clipping of reply said by justice Narayana kurup in the matter.

(iii) grant such other further reliefs as that are warranted under law as this Hon'ble Court may deem fit and proper in the interest of justice".

“14. Therefore, to initiate any enquiry on the basis of the present writ petition as sought by the petitioner would only have catastrophic effect on the entire legal system. At the same time, we are also conscious of the fact that the allegations such as the one contained in the writ petition if have any element of truth also cause a great deal of damage to the institution if ignored totally. In view of the nature of the allegations contained in the writ petition and kind of public attention the entire episode drew on the eve of the various publications referred to in the writ petition, the learned Advocate General appeared in the Court, though the State of Kerala is not made a party respondent in the writ petition and made a statement at the Bar that the Government has taken due note of the various allegations appearing in the media and the State is examining the entire episode. He further stated that during the course of such examination if the State comes to a conclusion that there is some legal basis to probe into the allegations of judicial impropriety on the part of any former Judge of this Court, the State would certainly undertake appropriate legal action in accordance with law, if necessary after obtaining the approval of the Chief Justice of India. The learned Advocate General also made a submission that though in view of the judgment of the Supreme Court reported in K.Veeraswami v. Union of India [(1991) 3 SCC 655] no prior approval of the Chief Justice of India is required to investigate the allegations constituting an offence committed by a retired Judge of a High Court, having regard to the sensitivity of the matter and its wider ramifications, the State of Kerala believes that it is in the larger interest of the Constitutional system that the matter is placed before the Chief Justice of India before any final decision is taken.

15. We, therefore, see no reason to entertain the writ petition.

I am not for a moment suggesting  that the Mr.Justice K.Narayana Kurup is  involved in the allegations, and Police has also given a clean chit. But given the controversy,  the Government could have avoided the appointment to a sensitive post which oversees the complaints against police, till entire litigations regarding the Ice-Cream parlor case come to a logical conclusion.