Appointment of KV Chowdary as CVC the “greatest disaster that will fall on this unfortunate nation” : Ram Jethmalani 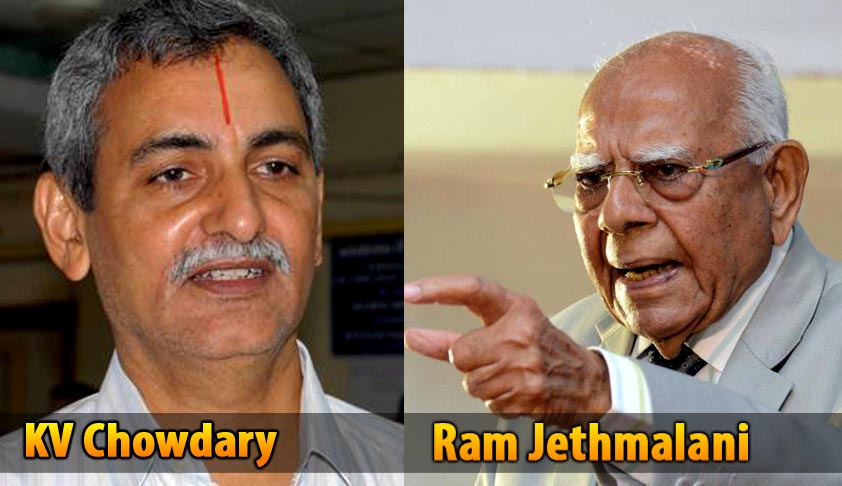 In a strongly worded letter addressed to President Pranab Mukherjee on June 2, 2015, Mr. Jethmalani has termed the consideration of KV Chowdary’s name for the post of CVC as the “greatest disaster that will fall on this unfortunate nation”.

Pointing out that in a letter addressed to the Prime Minister on 26.05.2015 he had opposed the consideration of KV Chowdary for the post of Chief Vigilance Commissioner, Mr. Jethmalani has expressed shock at what the Prime Minister is proposing to do to his electoral promise of eradicating corruption on the basis of the advice of the Finance Minister.

Stating that he was writing the letter in a state of great mental excitement, Mr. Jethmalani has also accused Prime Minister Modi of being unable to control corrupt and anti-national elements.

Mr. Jethmalani has accordingly implored President Mukherjee to “call for the entire records of KV Chowdary’s involvement in criminal activities from which he has managed to get out with the help of corrupt and anti-national elements which the prime Minister cannot control.”

Additionally, Mr. Jethmalani has requested the President to hear him out on the issue before confirming KV Chowdary’s appointment, and to postpone the action of the Government in the meantime.

Earlier, Mr. Prashant Bhushan had taken to Twitter and alleged that there is a consensus between both Bharatiya Janata Party and Congress to “destroy” CVC by “appointing a dubious and pliable person as its chief”.

Though there has been no official confirmation as yet, 61-year-old Chowdary is believed to be the top contender for the post of CVC.

Chowdary, who retired as CBDT chief in October last year, has been working as adviser to Supreme Court appointed Special Investigation Team, that is probing black money cases.