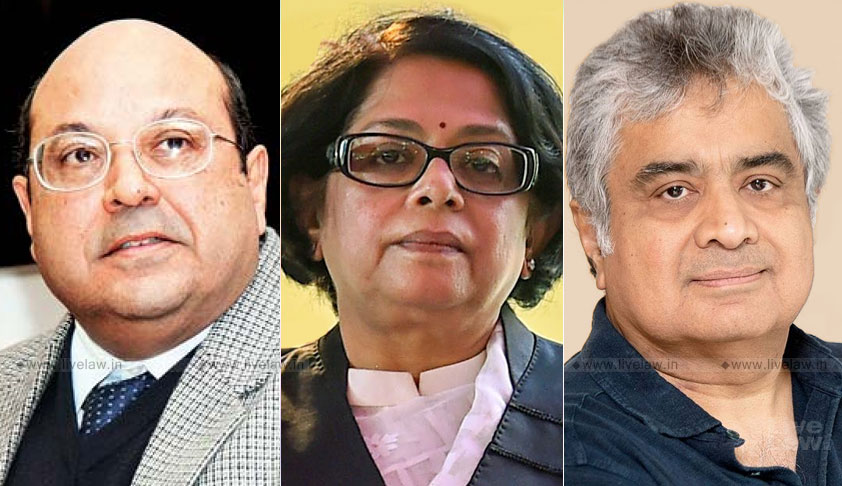 Steel and mining firm ArcelorMittal today assailed in the Supreme Court the order of the NCLAT asking it to pay Rs 7,000 crore to become eligible to bid for Essar Steel, saying that it had already divested its shares in the firms Uttam Galva Steel and KSS Petron, whose bad loans were directed to be paid by it.ArcelorMittal India (AMI), the steel tycoon L N Mittal-promoted group which has made...

Steel and mining firm ArcelorMittal today assailed in the Supreme Court the order of the NCLAT asking it to pay Rs 7,000 crore to become eligible to bid for Essar Steel, saying that it had already divested its shares in the firms Uttam Galva Steel and KSS Petron, whose bad loans were directed to be paid by it.

ArcelorMittal India (AMI), the steel tycoon L N Mittal-promoted group which has made a bid of Rs 42,000 crore for Essar Steel, alleged before a bench of Justices R F Nariman and Indu Malhotra that NuMetal was ineligible to bid for the steel company.

On the other hand, NuMetal, a consortium of Russia's VTB-JSW, told the bench that it has also filed an appeal challenging the National Company Law Appellate Tribunal (NCLAT) order allowing ArcelorMittal to take part in the bid.

"ArcelorMittal is completely disqualified. The law says that the petitioner (AMI) is disqualified for want of non-payment (of Rs 7,000 crore)," senior advocate Mukul Rohatgi, appearing for NuMetal, said.

Senior lawyer Harish Salve, appearing for ArcelorMittal, assailed the NCLAT order saying the company had exited Uttam Galva in February this year and its revised bid was submitted after it had divested from Uttam Galva. Moreover, ArcelorMittal never had any directors on the board of Uttam Galva, he added.

"We did not set up these companies (Uttam Galva Steel and KSS Petron). We did not exercise management powers. I had divested the shares. No bank has ever made any demand with regard to their loans. No personal guarantees were given," Salve said.

Salve also referred to NuMetal's earlier share-holding pattern and said it was incorporated in a joint venture with Arora Enterprises and Russian VTB Bank.

Arora Enterprises was owned by Rewant Ruia who is related to Essar Steel promoter, he said, adding that the European Union had passed an order against the VTB Bank for irregularities and it was "unusual" that a Russian bank was wanting to take over a sick company.

At the outset, when Salve alleged that NuMetal was ineligible to bid, the bench said "You worry about your's client (AMI) and not about Rohatgi's client (NuMetal)".

He said intially the bids of both ArcelorMittal and NuMetal were rejected but later NuMetal was allowed to bid and a condition was imposed on AMI to pay the money as it was a "stigma".

On being inquired as to whether the court would pass any interim order in the matter, the bench said it "will pass order straightaway. There will be no interim order."

ArcelorMittal has moved the apex court challenging the NCLAT order of September 7 by which it had held as eligible the second bid of NuMetal, a consortium of Russia's VTB-JSW, for Essar Steel.

The NCLAT had asked ArcelorMittal to clear the stigma of defaulter by clearing the dues of its then subsidiaries. It had last Friday ruled that NuMetal's second bid for Essar Steel was eligible but the same by ArcelorMittal will qualify only if it cleared the Rs 7,000 crore dues of firms it was previously associated with within three days.

Both the companies had in February submitted separate bids to takeover Essar Steel, which lenders were auctioning, to recover their Rs 49,000 crore defaulted loans.

The Committee of Creditors (CoC) had, however, disqualified both the bids saying their promoters were tied to companies which were bank loan defaulters and hence ineligible under Section 29A of the Insolvency and Bankruptcy Code (IBC).

The second round of bids was called where JSW Steel joined NuMetal to put in a bid of Rs 37,000 crore, while Vedanta Ltd entered the fray as a third bidder. ArcelorMittal too had put in a bid.

The NCLAT had last week directed the lenders of the Essar Steel to expeditiously take a decision on the bids. It held that NuMetal was not related to promoters of Essar Steel and hence eligible for submitting a resolution plan for the company.

However, in the case of ArcelorMittal, it had held that the company was connected to Uttam Galva and KSS Petron, which are classified by many banks as non-performing assets.