ArcelorMittal Vs Numetal :Opinion Of CoC On Disqualification Of A Resolution Applicant Under S.29A Of IBC Is Only Prima facie One, NCLT Is The Statutory Authority To Decide It: Nariman.J 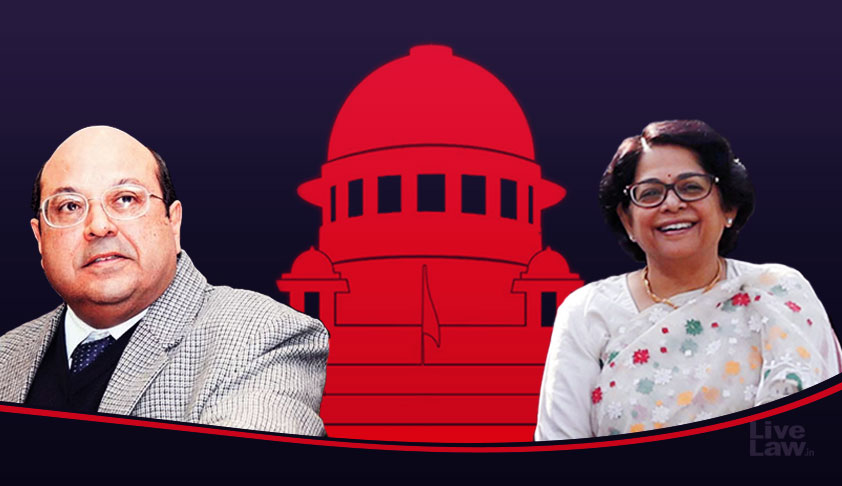 As the war between ArcelorMittal and NuMetal over Essar Steels spills into its third day before the Supreme Court, Justice Rohinton Nariman on Tuesday remarked that the opinion of the Committee of Creditors (COC) as to the disqualification of a resolution applicant under section 29A of the Insolvency and Bankruptcy Code of 2017 was only a prima facie one and that NCLT is the statutory...

As the war between ArcelorMittal and NuMetal over Essar Steels spills into its third day before the Supreme Court, Justice Rohinton Nariman on Tuesday remarked that the opinion of the Committee of Creditors (COC) as to the disqualification of a resolution applicant under section 29A of the Insolvency and Bankruptcy Code of 2017 was only a prima facie one and that NCLT is the statutory authority to decide.

In the light of section 31(1) of the Code, which makes binding on the corporate debtor and its employees, members, creditors, guarantors and other stakeholders the resolution plan if the NCLT, by order, approves of it, Justice Nariman observed, "It would be a much better way if there is nothing before the NCLT...nobody's interest suffers as it is the NCLT which ultimately decides and there would also be no conflict with section 29A...at the earlier stages, there is no Fundamental Right, otherwise, the people will start taking recourse to Article 226 and the entire procedure will get sabotaged...we will make it clear that there may be no High Court, no 226"

The bench, also comprising Justice Indu Malhotra, required Mr. Salve to show the escrow agreement in respect of the sum of Rs. 7,000 crores that the NCLAT had, in its impugned order, directed ArcelorMittal to pay to clear the bad loans of Uttam Galva Steel and KSS Petron, of which it was the promoter, so as to tide over the disqualification under section 29A.

Next, Senior Counsel Abhishek Manu Singhvi, also for ArcelorMittal, prayed that the bench to determine the relevant date on which the eligibility of a resolution applicant is to be judged, which, in his view, would be the date of submission of the Resolution Plan.

It may be noted that clause (c) declares a person ineligible for submitting a resolution plan if such person, or any other person acting jointly or in concert with such person, has an account, or an account of a corporate debtor under the management or control of such person or of whom such person is a promoter, classified as non-performing asset, and a period of one year has lapsed from the date of such classification. The proviso to the clause, however, lifts this restraint subject to the payment of all overdue amounts with interest and other charges.

"The disqualification under clause (c), which we are concerned with, is not dependent on some external regulatory agency for its cure...", advanced Dr. Singhvi.

It was his contention that so far as ArcelorMittal is concerned, all the tests as stipulated in clause (c) were not complied with.

At previous hearings, Mr. Salve had argued that NuMetal is a 'shell company' created by a firm fully controlled by Essar promoter Ravi Ruia's son Rewant, who had exited from NuMetal to circumvent the eligibility criteria to bid for Essar Steels, against which bad loans to the tune of Rs. 50,000 crores have swelled up. It was his case that the Ruias, who were attempting to regain control over Essar Steels through Numetal, must also be required to discharge their liability towards the said Rs. 50,000 crores in proportion to their 90% stake in Essar Steels.

He had also drawn the bench's attention to the acquisition of controlling shares in Numetal by Russia's VTB Bank which has been prohibited by the European Council Regulation from trading in securities and entering capital markets.

It may be worth mentioning that clause (i) of section 29A debars a person if a disability, which corresponds to any of the section's earlier clauses, has been imposed, either on the said person, or another acting jointly or in concert with such person under any law in a jurisdiction outside India.

In his turn, Senior Advocate Mukul Rohatgi, representing NuMetal, argued that the phraseology 'persons acting in concert', as explained in the SEBI (Substantial Acquisition of Shares and Takeovers) Regulations, 2011, does not include the case of a shareholder and a company. "The shareholder is the company", he stated.

"But there is a difference between one who has been a shareholder for some time and one who is brought in suddenly, as is the case with VTB", noted Justice Nariman.

Further, Mr. Rohatgi referred to clause (f) of section 29A which attaches a disqualification to one prohibited by the SEBI from trading in securities or accessing the securities markets.

"It is (f) which should be considered first and thereupon, (i)...There should a regulator, which would be the counterpart of the SEBI of India, to ban VTB", he advanced.

"The Ban being shown to Your Lordships is actually a political sanction at the behest of a group of countries which called themselves the European Union...there is no body akin to the SEBI in the European jurisdiction... the purpose of the sanction is to ostracize Russia, to squeeze it economically, for its attempts to destabilize Ukraine...it has nothing to do with VTB...Suppose India were to place a ban on a Russian company, not pursuant to SEBI's standards, but based on its sovereign relations with Russia?", elaborated Mr. Rohatgi.

The hearing remained inconclusive and shall resume on Wednesday.