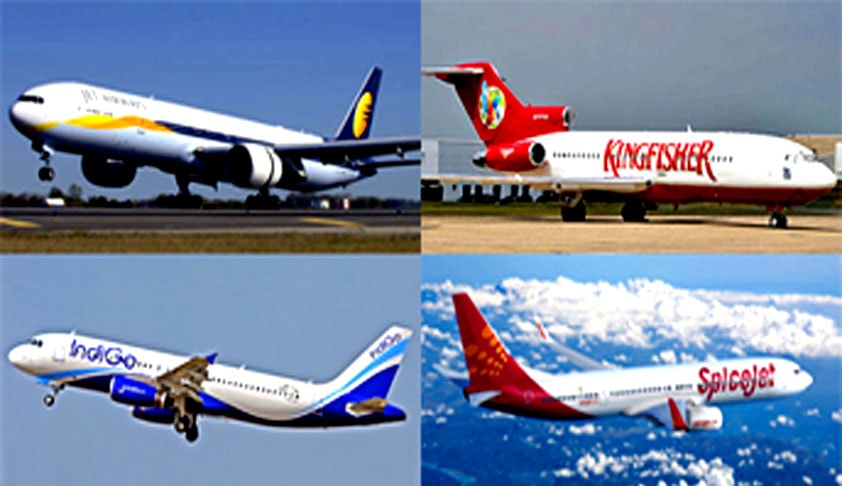 A contract gets formed between an airline and a passenger when the airline issues a ticket with a PNR. The airline sets the terms of the contract and the passenger accepts it while buying the ticket. The terms bind both the parties. A party in breach has to pay damages to the other party. The principle for award of damages is: By paying a money equivalent, put the party in a position he would be if the contract were performed.

In commercial and business contracts, the parties anticipate different aspects of the contract and provide for it in express terms. Contracts are voluntarily formed. The courts take the position that the contracting parties are free to set their terms. The terms set in a contract are almost always binding on the parties. There are a few exceptions where the courts interfere. One of these is on the award of damages.

The contracting parties anticipate that there could be a breach of contract and provide for a sum to be paid as damages for the breach. The damages,given a value in money, are called liquidated damages. The courts faced a dilemma in awarding liquidated damages. If these were awarded without interference, the strong and powerful would stipulate exorbitant amounts as liquidated damages and penalise the other party. Award of damages is for covering the losses suffered by the party, and not to penalise others and profit from it. Only the sovereign, and not a private party, can command obedience of the others and penalise them. Following this line, the court should ignore the liquidated damages and require the party to establish its losses.

The question then is: Is the cancellation charge a ‘genuine pre-estimate’ of the losses to the airlines? Most airlines provide that the entire fare will be retained in the case of no show or cancellation one or two hours before the scheduled departure of the flight. What is the loss to an airline if a passenger does not show up? A seat will go unoccupied. The benefit to the airline will be slightly lower fuel consumption on account of the lower carrying weight of the aircraft. This is a small benefit and can be ignored. Thus, the entire fare is a loss to the airline. The entire fare qualifies to be a ‘genuine pre-estimate’ of the losses.

Surprising results emerge when we look at the passenger load factor. The best of the airlines are flying with passenger load factor of 85%. The break-up of this in the flights operating with full capacity and the rest would be relevant. Also, the empty seats in a flight may be accounted by no-shows, yielding the full fare in cancellation charges. But generally, as the occupancy is not close to 100%, in each cancellation, the entire airfare is a loss to the airline! This is startling. One expected to confirm that the steep increase in the cancellation charges is arbitrary and profiteering by the airlines. A less than full capacity utilisation benefits the passengers in bargain fares, getting a ticket last minute and not going through the inconvenience of waitlists. But the reverse of this is, in the case of a cancellation, the entire airfare is a loss to the airline.

This was the story of contract law. And whatever be the answer, it is a hardship for a passenger to lose a significant amount of money for changing a flight.There would be contingencies and developments for a passenger to change the travel plan. And it is no argument to a passenger to forfeit a significant part of the fare because the airlines put up bargain fares. The state regulates contracts for the benefit of the society and it can always intervene as high cancellation charges are detrimental to the travelling public. The regulatory body, the DGCA, has had it under its consideration.