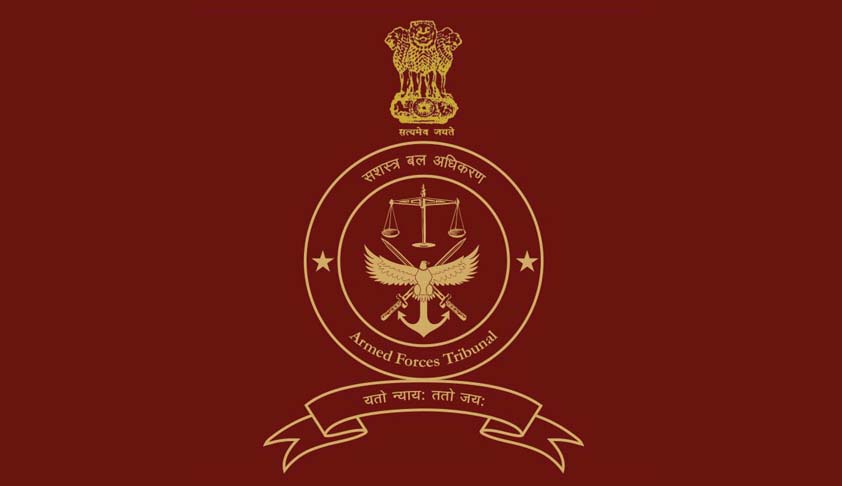 The tribunal held that Regulation 665 of the Defense Service Regulations as constitutionally valid.Practice of wearing beard by a Muslim is only desirable and not an integral religious practice; said the Tribunal.The Armed Forces Tribunal (Kochi Bench), has upheld the order of dismissal of a military personnel ,who was discharged from military service for growing his beard, holding it to...

The tribunal held that Regulation 665 of the Defense Service Regulations as constitutionally valid.

Practice of wearing beard by a Muslim is only desirable and not an integral religious practice; said the Tribunal.

The Armed Forces Tribunal (Kochi Bench), has upheld the order of dismissal of a military personnel ,who was discharged from military service for growing his beard, holding it to be against Defense Service Regulations. The bench ruled that the practice of wearing beard by a Muslim is only desirable and not an integral religious practice forming part of the fundamental tenets of his religion.

The Applicant ,one Mr Maktumhusen, a former sepoy at Army Medical Corps, Indian Army ,impugned his removal from service on ground of growing beard, contending that it formed the part of his religious beliefs. He claimed that, he ought to have been permitted to grow his beard , based on religious freedom granted under Article 25 of the Constitution Of India . A further challenge was made against Regulation 665 of the Defence Service Regulations, and other amendments thereto imposing conditions that the defence personnel other than non-sikh personnel, had to keep their chin and the under lip well shaved, and, whiskers and moustaches, if worn, to have only moderate length,as arbitrary, discriminatory, unreasonable, illegal and ultra vires to Articles 14 and 25 of the Constitution of India.

The Bench headed by Justice S.S.Satheesa Chandran and Vice Admiral M.P.Muralidharan dismissed, the challenges made by the applicant as meritless and baseless and further held that the same has been made without any sufficient and cogent reasons to substantiate it.

Justice S.S.Satheesa Chandran who wrote the order observed:-“The applicant has not produced any material to sustain the case canvassed that the wearing of beard by a Muslim is demanded or mandated by Sunnah or any tenets of his religion. No doubt, each religious denomination or organisation enjoys complete freedom in the matter of deciding as to what rights and ceremonies are essential according to the tenets of the religion they hold. However, to claim any practice associated with the religion as protected under the freedom to manage religious affairs enshrined under Art. 25 of the Constitution a larger question may arise whether such practice followed is commanded or ordained by such religion to be observed scrupulously by its members. Essentially to claim protection for practice associated with religion it must be shown that such practice is essential and integral part of the religion.” The bench added :-“On assertions alone the existence of a religious practice cannot be accepted. Whether or not a practice is an essential part of a religion has to be decided with reference to the doctrine of that religion.

Brushing aside the challenge, made on the ground of protection of religious freedom, in growing a beard, as forming part of one’s religious practices,relying on Art.25 of the Constitution of India the tribunal held:-“Other than pointing out that there is a Sunnah for wearing beard by a Muslim it is not shown or established that wearing of beard for a Muslim is mandatory nor that it is a fundamental tenet of that religion. We also notice that in the enquiry proceeded against the applicant on his declining to obey orders for removal of his beard the applicant when questioned why he was growing beard had answered thus: “It is “Sunnah” of Prophet and highly desirable to sport a beard as per my religion”. He has not placed any Sunnah of Prophet before us commanding a Muslim to wear beard. Further, even on his own submission following that Sunnah is only “highly desirable”. Even the applicant has no case that the practice of wearing beard by a Muslim is an integral part of his religion, to claim insulation for such practice under Article 25 of the Constitution. There is no merit in the case of the applicant that as a Muslim he has got fundamental right to wear beard even while continuing in Army service. So much so, the challenge based on such claim to assail his discharge from service, is totally devoid of any merit.”

Upholding the constitutional validity of Regulation 665 of Defense Service Regulations in par with Article 14 of the Constitution of India, the bench opined:-“We do not find any merit in the challenge raised by the applicant to assail Regulation 665 providing exception to Sikh personnel in the military service to grow hair and beard. None can dispute the fact that growing of hair and beard by Sikhs is an essential practice of their religion and, in fact, fundamental tenet of that religion. Recognising the religious faith, belief and practice followed by them in the case of Sikh military personnel an exception has been made allowing the Sikh military personnel to grow hair and beard. We have already pointed out that even according to the applicant the practice of wearing beard by a Muslim is only desirable and not an integral religious practice forming part of the fundamental tenets of his religion. Attack against Regulation 665 to garner support for assailing his order of discharge is frivolous and further unworthy of any value.”

Stressing on the importance of maintaining the unified disciplinary force of the Army in greater National interests, rather than creating denominational differences amongst members on basis of caste, religion etc ;the tribunal stated:-“The Army is a disciplined force and denominational differences among its members based on religion, caste etc. cannot be permitted. Practice to wear a beard claimed on the basis of religion by the applicant which goes against Regulation 665 of the Defence Service Regulations for the Army, is not conducive to the discipline of the Force. Grant of any such request will open the floodgates of indiscipline as similar requests under the guise of religious practice can be set up by other members of the Force also which will lead to indiscipline and demoralising of the Force.”