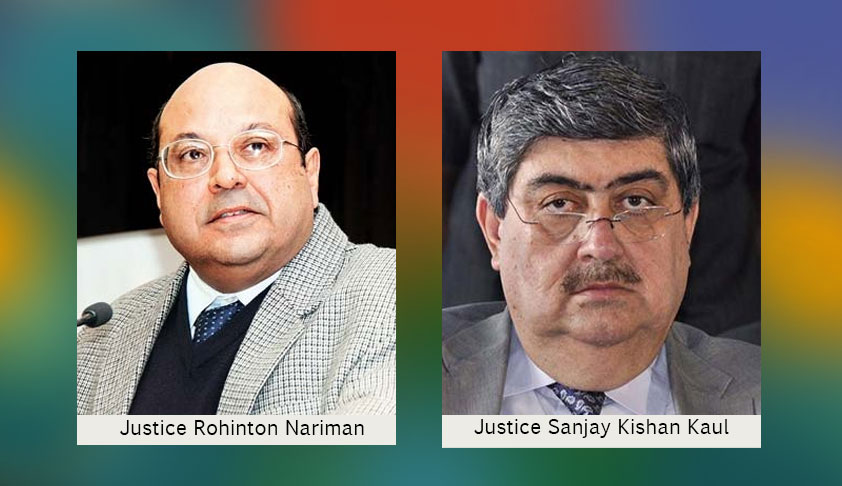 The judgment of the Supreme Court in Chrisomar Corporation v. MJR Steels Private Ltd. holds that the arrest of a foreign ship for a maritime claim is permissible only if there is no change of ownership between the date when claim arose and the date of arrest of ship. In fact, this is only one of the several other propositions laid down, as the judgment authored by Justice Rohinton...

The judgment of the Supreme Court in Chrisomar Corporation v. MJR Steels Private Ltd. holds that the arrest of a foreign ship for a maritime claim is permissible only if there is no change of ownership between the date when claim arose and the date of arrest of ship. In fact, this is only one of the several other propositions laid down, as the judgment authored by Justice Rohinton Nariman discusses several important concepts of maritime law as well as mercantile law, including issues in the Indian Contract Act.

Chrisomar Corporation supplied bunkers and other necessaries to one ship M.V Nikolaos at the port of Durban. The ship was owned by one company incorporated in Cyprus, Third Element Enterprises.  The invoices raised by Chrisomar for the supply of services to the ship were not honored by the ship-owner. While so, the ship set on voyage, and happened to be berthed at Calcutta en route its voyage to Bangkok.  At that juncture, Chrisomar filed a suit in the Caclutta High Court, invoking its admirality jurisdiction, raising a maritime claim for the amount due to it under the contract of services. On 06.01.2000, the Calcutta High Court ordered the arrest of vessel for the claim. On the next posting day, 25.01.2000, the plaintiff informed the Court that the claim with the ship owner was settled out of court as per agreement dated 18.01.2000. The settlement agreement dated 18.01.2000 provided that the ship-owner will satisfy the claim of Chrisomar out of its consideration received from Bangkok on delivery of cargo. Taking note of the settlement, the Court recalled the arrest order. However, the ship continued to be docked in Calcutta, without proceeding for sail to Bangkok. In the subsequent posting, the respondent in Supreme Court, MJR Steels Pvt.Ltd, appeared and stated that it had acquired ownership of the ship from the original owner.

Proceeding with the suit, the Single Judge of Calcutta High Court decreed the suit. However, the Division Bench set aside the decree and dismissed the suit.  The reasons for dismissal were the following :

The Supreme Court elaborately considered the issues, discussing the evolution of admirality law, tracing its origins and developments through common law cases, international treaties, and even the latest law passed by the Parliament, The Admirality( Jurisdiction and Settlement of Maritime Claims) Act 2017.  The issues were considered and answered the Court in the following manner.

The following claims may give rise to maritime lien namely:

“(a) Damage done by a ship (b) Salvage (c) Seamen’s wages (d) Master’s wages and disbursements (e) Bottomry and respondentia (Quoting with approval from the judgment of Calcutta High Court in Saba International Shipping and Project Investment Private Limited v. Owners and parties interested in the Vessel M.V. Brave Eagle)

Referring to the celebrated case on admirality law, M.V. Elisabeth and others v. Harwan Investment and Trading Private Limited, 1993 Supp. (2) SCC 433, it was observed that  a claim for necessaries supplied to a vessel does not become a maritime lien which attaches to the vessel.

Manner of enforcement of maritime claims

Drawing extensive support from M.V Elisabeth, it was stated that Admiralty Law conferred upon the claimant a right in rem to proceed against the ship or cargo as distinguished from a right in personam to proceed 36 against the owner. An action in rem is directed against the ship itself to satisfy the claim of the plaintiff. The ship is for this purpose treated as a person, It is by means of an action in rem that the arrest of a particular ship is secured by the plaintiff. He does not sue the owner directly and by name; but the owner or anyone interested in the proceedings may appear and defend.

Therefore, even if the claim did not create a lien on the ship, it was a maritime claim, which could be proceeded against the ship, regardless of its ownership,  if the ship was within the jurisdiction of the Court at the time of initiation of action.

WHETEHR THERE CAN BE ARREST OF VESSEL IF THERE IS CHANGE OF OWNERSHIP.

The ownership of the vessel to enforce a maritime claim has to be seen at the the stage of arrest and not the stage of institution of suit. Article 3 of the International Convention on the Arrest of Ships was relied upon for reaching the conclusion. Article 3 is as below

Article 3: Exercise of right of arrest 1. Arrest is permissible of any ship in respect of which a maritime claim is asserted if: (a) the person who owned the ship at the time when the maritime claim arose is liable for the claim and is owner of the ship when the arrest is effected.

Based on this, it was held as follows :-  First, arrest is only permissible of any ship if a maritime claim is asserted against the person who owned the ship at a time when the maritime claim arose for which the owner is liable, and second, that the same ship owner should be the owner of the ship when the arrest is effected.

WHETHER A SUBSEQUENT ALTERATION IN TERMS AMOUNTS TO NOVATION OF CONTRACT.

Next, the Court was confronted with the issue arising under the Contract Act. The Division Bench had found that the settlement agreement dated 18.01.2000 amounted to novation of original contract, and hence suit based on original contract was not maintainable. The appellant argued that there was no novation under Section 62, and that it was a modification of terms of payment under Section 63. The Court had to decide whether Section 62 or Sec.63 of the Contract Act applied.  It was held as follows

The Court noted that the settlement agreement merely altered the conditions regarding mode of discharge of liabilities and enforcement of liabilities, and that the modifications did not go to the root of the matter affecting the substantive liability under original agreement.

Answering the legal issues as above, the Court proceeded to allow the appeal, decreeing the suit against the ship. On factual appreciation it was found that there was no change of ownership in favour of MJR Steels and held that the defence was not sustainable.