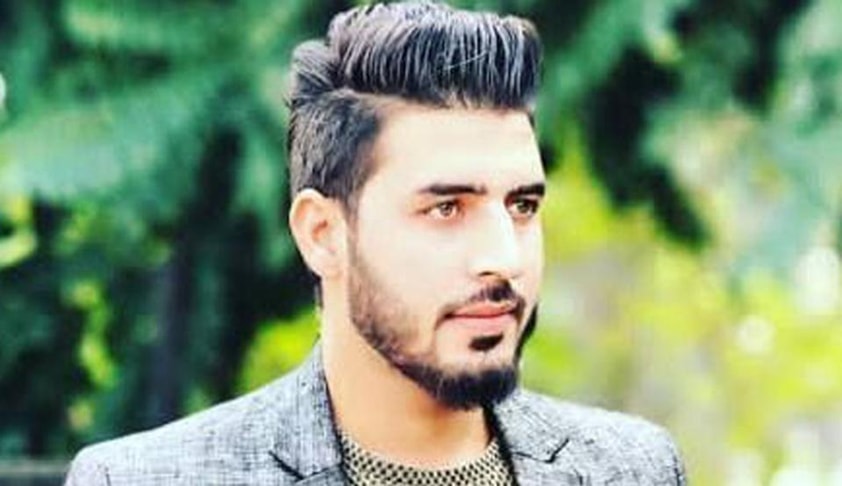 The Delhi High Court on Thursday dismissed a habeas corpus Petition challenging the arrest of one Mr. Aadil Hussain Teeli, who was arrested by the cyber cell of Delhi Police for allegedly hacking several Indian websites.The Petition alleges that Aadil was arrested at dawn on 27 April from his room at St. Soldier’s Management and Technical Institute in Jalandhar by "several masked men...

The Delhi High Court on Thursday dismissed a habeas corpus Petition challenging the arrest of one Mr. Aadil Hussain Teeli, who was arrested by the cyber cell of Delhi Police for allegedly hacking several Indian websites.

The Petition alleges that Aadil was arrested at dawn on 27 April from his room at St. Soldier’s Management and Technical Institute in Jalandhar by "several masked men carrying guns". His family, it says, had no knowledge of his whereabouts and his "apparent abduction", and received a call from an unknown number informing them of the fact only later that evening.

The Petition in fact submitted that there was no "substantive compliance" of the provision to inform his family about his arrest, with only a non-responsive phone number provided to them late in the evening. A friend of the family present in Delhi had also tried to go to the Cyber Cell and obtain more details, but had to return without any success.

Thereafter, on 28 April, once the news of the arrest of two Kashmiri students began making the rounds, the Counsel for Aadil visited the Cyber Cell in order to gain more information on the arrest. They were then informed that a two-day remand order had been granted against Aadil by the duty magistrate at Patiala House in Delhi on 27 April. However, they were allegedly refused copies of the FIR, the arrest memo as well as the remand order.

A writ of habeas corpus was therefore filed by Advocate Shahrukh Alam and Advocate WarishaFarasat, highlighting the non-furnishment of relevant documents by the police, and pointing out, "...In the interim, as the writ was being moved,several stories and pictures of the petitioner appeared on the Internet stating in detail the allegations against him. It may be noted that the same information had been denied to his counsel less than an hour ago. Shots of him being taken out of a police jeep were also given to a TV channel. The Writ of Habeas Corpus requires the body to be produced in Court; the Cyber Cell, Delhi Police felt that its duty was done by parading him before TV cameras, while still keeping the family and counsel in dark."

As per the Petition, a copy of the FIR was provided to them only after the magistrate extended police remand by a further eight days. Even this FIR, it alleges, "does not make out a case that requires masked men to abduct the Petitioner at gunpoint from his dorm room".It in fact point out that it was a private complaint from the owner of a home products company, alleging hacking of its website. This complaint, the Petition submits, does not name the Petitioner.

Further, among other things, the Petition relies on the decision in the Madhu Limaye Case, wherein the Supreme Court had held that mere production before the magistrate for seeking remand cannot cure the illegality of the arrest. In the said case, the Apex Court had observed, "...it must be remembered that Madhu Limaye and others have, by moving this court under Art. 32 of the Constitution, complained of detention or confinement in jail without compliance with the constitutional and legal provisions. If their detention in custody could not continue after their arrest because of the violation of Art. 22(1) of the Constitution they were entitled to be released forthwith. The orders of remand are not such as would cure the constitutional infirmities."

During the hearing on 1 May, the Court was informed that the complaint had been filed by a private firm, which alleged that its website had been hacked on 27 March. This was contrary to news reports claiming that Aadil was arrested for hacking over 500 Indian websites. The Bench comprising Justice S. Muralidhar and Justice I.S. Mehta had then noted that the complaint was filed almost a month after the website was hacked.

It had thereafter allowed Aadil to appear for his exam on 2 May, directing the Police to take him to his institute at Jalandhar and bring him back once the exam was over.

The hearing on 3 May saw Aadil's Counsel advancing larger submissions on the viability and validity of the Police disrupting lives infirst making arrests and later initiating open-ended investigations, without any checks in place.

The Counsel relied on the facts of Madhu Limaye to also submit that it has now become commonplace to charge accused with Sections like 124-A IPC, which justifies in popular logic, both the fact of arrest and also an open-ended subsequent investigation process. It was submitted that in the facts of Madhu Limaye’s case, it did not even occur to the police (of the 1960s) to invoke S. 124-A against his act of mobilizing 400 workers, forcibly entering a railway station, exhorting"the public in provocative language to offer satyagrah at the Railway Station and to disrupt the railway communication as also to obstruct the normal function of the railway."

Finally, Counsel submitted that if the narrative in the FIR, on the basis of which arrest was made, substantially differs from the subsequent grounds of arrest and investigation, then the police must show on record the reasons for such jump in the narrative.Investigation, they asserted, is nebulous, but each twist and turn in the investigation must be recorded either by way of a subsequent FIR, or a diary noting etc., rather than it becoming a roving, open-ended enquiry. Further, they contended that the grounds for arrest must be communicated to the arrestee. They cited the Madhu Limaye case in support of this proposition too.

On the other hand, Mr. Rahul Mehra, Senior Standing Counsel, placed the arrest memo before the Court, which showed that at the time of arrest, the Petitioner was informed of the Sections, if not the substantive grounds, under which he was being arrested. The state thus dispelled the Petitioner’s challenge to the imposition of charges under Section 124-A of the Indian Penal Code in the absence of any such assertions while making the arrest.

The Petition was then disposed of, with the Court opining that prima facie the arrest did not seem illegal. It, however, clarified that this was only a "prima facie view" and that "it will be open to the Petitioner to agitate the validity of his arrest at the appropriate stage".