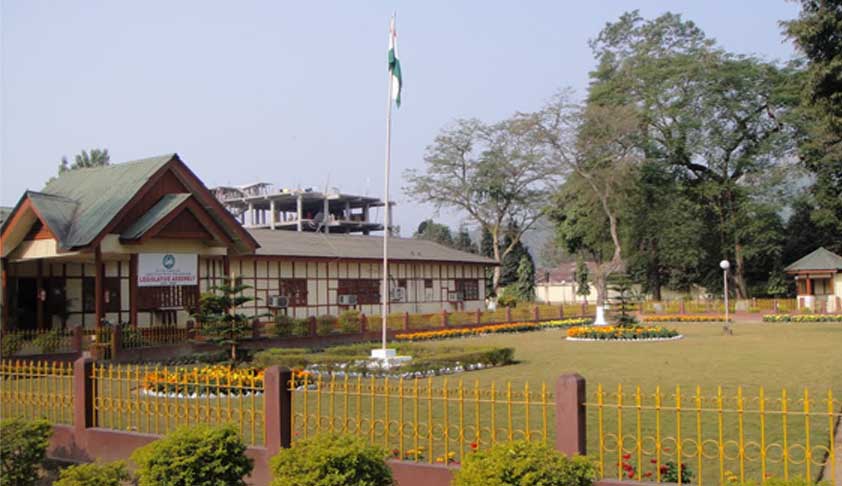 It took political man centuries to realize that the good society, in which he possessed rights and in which these rights were secured, was conditioned on the containment of the power holders, whatever the legitimation-factual, religious, or legal. In time this purpose appeared to be served best by articulating the restraints, society wished to place on the power holders in the form of a set...

It took political man centuries to realize that the good society, in which he possessed rights and in which these rights were secured, was conditioned on the containment of the power holders, whatever the legitimation-factual, religious, or legal. In time this purpose appeared to be served best by articulating the restraints, society wished to place on the power holders in the form of a set fixed rule-the “constitution”—limiting their exercise of political power.Constitution of India though, has functioned remarkably well in order to limit the power of governments barring few anomalies. Article 356, popularly known as President Rule has been one such aberration which has been the victim of bad governance during the last five decades. The reprehensible acts of men who exertedunqualified governmental power turnedArticle 356 a rogue in a federal constitution.

Structural Framework: Constitutional framework as regards the applicability of Article 356 is very apposite and makes it evident that it is an emergency provision which is to be used with utmost care. Constitution mandates State to ensure compliance with all applicable laws throughout the territory of India. Article 256/257 while providing for this mechanism, also provide for a constant monitoring of this process and its corrections in case of aberrations through suitable directions. To ensure the working of this mechanism; Article 355 provides that, the Union is obligated not only to protect every state against “external aggression” and “internal disturbance”, but also to ensure that government in every state is carried in accordance with the provisions of this constitution. In case the State executive power fails to ensure compliance with any law (despite the issuance of suitable directions from the Union Executive, in terms of Articles 256/257) Article 365 provides that:“it shall be lawful for the President to hold that a situation has arisen in which the government of state cannot be carried on in accordance with the provisions of this Constitution....”In such a situation, the President either on receipt of report from the Governor of the state, or otherwise, may assume that a situation has arisen whereby the government of the state cannot function in accordance with the provisions of this constitution [Art 356(1)], and may by proclamation assume to himself all or any of the functions of the state and all or any of the powers vested in or exercisable by the Governor or anybody or authority in the state other than the legislature of the state [Article 356 (1) (a)]. President may by Proclamation also declare that the power of the legislature of the state shall be exercisable by or under the authority of the Parliament [Article356 (1) (b)].

Genealogical Framework:Constituent Assembly witnessed anarduous discussion both in favour and against on Art.277-A, Art.278 and Art.278-A ( present Art.355, Art.356 and Art.357 respectively). They were, in fact, concerned with synthesizing two aspects of the problem, namely, the necessity of empowering Union to safeguard unity and integrity of Union of India and the protection of the autonomy of state in order to honour federal principles.

Many prominent members apprehended that, if and when it would be misused, it would violate not merely the federal character of the polity envisioned by them but also make a mockery of democratic principles. One such member expressed his anxiety in following words:“I find that, this article scraps the State Legislature and the Council of Ministers as well as, the Governor, and the President and Parliament become the rulers of the Province. I would not have minded, if you had frankly said, "We are framing a unitary constitution. That would have been better.”Pt. H.N. Kunzru maintained that this new article was not warranted by the terms of reference to the Drafting Committee and that the Committee went beyond its mandate.

Members who were ardent supporters of Article 356 were of the view that it may be a very dangerous thing for our country to be too democratic. To avoid fissiparous tendencies as seen in our historic past this provision is necessary and the fears expressed are unwarranted and unjustified.

Dr. Ambedkar did not answer all the issues raised by the members and concluded the discussion with following remarks:

“In regard to the general debate which has taken place in which it has been suggested that these articles are liable to be abused, I may say that I do not altogether deny that there is a possibility of these articles being abused or employed for political purposes. But that objection applies to every part of the Constitution which gives power to the Centre to override the Provinces. In fact I share the sentiments expressed by my honorable Friend Mr. Gupte yesterday that the proper thing we ought to expect is that such articles will never be called into operation and that they would remain a dead letter. If at all they are brought into operation, I hope the President, who is endowed with these powers, will take proper precautions before actually suspending the administration of the provinces. I hope the first thing he will do would be to issue a mere warning to a province that has erred, that things were not happening, in the way in which they were intended to happen in the Constitution. If that warning fails, the second thing for him to do will be to order an election allowing the people of the province to settle matters by themselves. It is only when these two remedies fail that he would resort to this article. It is only in those circumstances he would resort to this article. I do not think we could then say that these articles were imported in vain or that the President had acted wantonly.”

Ontological Framework:Being in nature an emergency and extraordinary power meant to be exercised only as a last resort when all other means have been exhausted; the power has more often been misused to distract the democratic fabric as was initially intended.Ontological survey of Article 356 shows that as of now, the President’s Rule has been imposed more than hundred times (120 approximately). Sarkaria  Commission which analyzed 75 cases of President’s Rule from June 1951 to May 1987 ( 1950-1954- 3 times, 1955-1959-3 times, 1960-1964-2 times, 1965-1969-9 times, 1970-1974-19 times, 1975-1979-21 times, 1980-1987-18 times) found in 52 cases out of 75, Article 356 has been used for political purposes rather than constitutional. Similar observations were made by the National Commission to Review the working of the Constitution which corroborates that Ambedkar’s dead man (article 356) is walking or running if way may say so.

First Question; Whether the Governor can without the aid and advice of the Council of Ministers, summon the legislature or advance a scheduled sitting and fix the agenda for such a session on his own?

While the Governor, like the President, customarily acts on ministerial advice, the Governor is not bound to seek such advice in his discretionary powers. It can be said that the Governor is expected to play a somewhat more active role than the President. After 42ndAmendment, ministerial advice has been made binding on the President but no such provision has been made with respect to the Governor. The Governor’s Committee has clarified the position thus: “…even though in normal conditions the exercise of the Governor’s powers should be on the advice of the council of ministers, occasions may arise when the Governor may, in order to be faithful to the constitution and the law and his oath of office, has to take a particular decision independently.” Therefore, technically speaking the Governor may summon the legislature or advance a scheduled sitting and fix the agenda in his own discretion but it should be in good faith. However, Mr. Rajkhowa specifying that a motion to remove the Speaker should be taken up immediately after the House convenes,portrays bad motive.

Second Question;WhetherGovernorprovided Mr. Tuki an opportunity to demonstrate majority on the floor of the House ortried to find out the possibility of installing a government in the state?

It is evident that the Governor was more anxious about removing the Speaker and installing a rival faction leader as Chief Minister than giving an opportunity to Mr. Tuki to demonstrate his majority on the floor of the House. Speaker NabamRebia voted out by 33 legislators and a rebelcongressman was elected as CM during a special assembly session at a community hall. However, the obvious alternative would have been thatMr. Rajkhowafirst should have askedMr. Tukito submit proof of his support before ordering a floor test or alternatively he could have directeddefectors to move a no-confidence motion instead of coming to him and in case of any attempt by the Speaker or the Chief Minister to block such a motion, or if the Assembly is not convened, the Governor could have written to the party’s leadership seeking clarity of its legislature party’s leader.

Third Question; Whether Union Government issueddirections to Stateas part of its duty before imposing President Rule as foreseen by Dr. Ambedkar and echoed by the Supreme Court?

No attempt was made by Union Government to solve the political crisis in the State. On the contrary prima facie itappears that government was waiting excitedly to install an alternative government of its own choice that may attribute dishonest intention.

Mr. Tuki, too appears to have done nothing to ascertain his support in the face of steeping nonconformity within its ranks. He also failed to convene the Assembly until it became a constitutional necessity as it was nearly six months since the House had last met.

In momentous Bommai’s case [(1994) 3 SCC 1], the Supreme Court intensifying the latitude of judicial review as laid down in State of Rajasthan v. Union of India (1977) 3 SCC 592 held that the Presidential satisfaction under Article 356 was judicially reviewable and the court could examine whether sufficient material existed, on the basis of which the President had satisfied himself and reached the conclusion that the government of the state could not be carried out in accordance with the provisions of this Constitution, and also whether such material was relevant to the conclusion reached by the President. Later, the judgment of the Supreme Court in Rameshwar Prasad & Others (VI) v. Union of India [(2006) 2 SCC1] despite upholding the constitutional values and principles had failed in giving effective relief in substance which the fact remains that it is still as reluctant to actually pierce the veil of “political thicket”, as it was at the time of the Rajasthan case.It is high time to develop some step wise objective parameters and make it mandatory for the Governmentbefore invoking Article 356 such as: giving opportunity to existing government to prove his majority in the house (in writing with reasons) and alternative arrangements in case of floor-defeat (in writing and with proper documentation); Union government issuing directions (in writing) to State government, compliance of Union’s direction by State (in writing) failing all these attempts, recommendations may be made to invoke Article 356. This in turn will rationalize the rarest of rare use of this provision. Role of Governor, who takes oath to preserve, protect and defend the constitution, must also be rationalized. He should not only be objective and impartial, but also must appear to be so otherwise credibility of his office is deteriorating fast and soon it will be a major cause of resentment in centre-state relations.