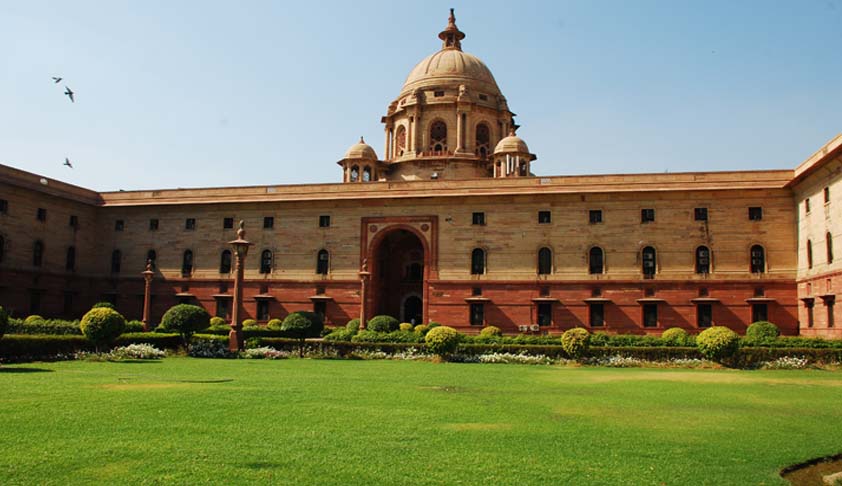 Contrary to the imagination of our Founding Fathers, Article 356 is consistently haunting the health of Indian democracy like a ‘living monster’. The assurances of Dr. B. R. Ambedkar in the constituent Assembly appear meaningless which state that “the first thing the President will do would be to issue a mere warning to a province that has erred, that things were not happening in the way...

Contrary to the imagination of our Founding Fathers, Article 356 is consistently haunting the health of Indian democracy like a ‘living monster’. The assurances of Dr. B. R. Ambedkar in the constituent Assembly appear meaningless which state that “the first thing the President will do would be to issue a mere warning to a province that has erred, that things were not happening in the way in which they were intended to happen in the Constitution....”. Instead of being a ‘dead letter’ or ‘rare pill’ as hoped by Dr. Ambedkar, the Presidential rule is often randomly proclaimed which not only creates a deep crisis of constitutionalism but also lead us towards a ‘post-democratic’ situation. It happened 124 times in bygone years and also in the latest two cases of Uttarakhand and Arunachal Pradesh. Sadly enough, Uttarakhand is no more a member of ‘No President Rule Club’ of which Chhatisgarh and Telangana are still the parts. But for how long?

Over the last six decades we have grown more partisan, politically and otherwise. As a result the constitutional principles, parliamentary decency and federal values become less effective. The political parties including Congress and BJP have been in death match to demonise each other and habitually putting the blame on other side for being treasonous and harming the national interest of the country. But that’s only part of the problem. The more destructive problem is the way ruling parties engage in political machinations which include manipulating the constitutional provisions like Article 356 to stymie the opposition and thus causing constitutional gridlock. There is a clear absence of judicious action and rational discussion. In fact each event or acts are looked upon with a prism of simplistic duality, which trivializes everything. But what is interesting is to note that both Congress and BJP have managed to create a mostly unbroken set of uniform policies at the expense of democratic principles and without bothering about ‘we the people’.

Using the Congress style and especially of Mrs. Indira Gandhi of being ruthless, the BJP run Central government has successfully persuaded the President to bring the Uttarakhand under President rule and place the Assembly under suspended animation on grounds of ‘breakdown of governance’ at a time when the Harish Rawat government was about to prove its majority on the floor of the Assembly. Necessary preparations were already made by the BJP either to form the government in the situation of 9 MLAs rebelling from the Congress and consequently reducing the Harish Rawat government in minority in a given 70 member Assembly or to impose Presidential rule in case the Speaker disqualifies these rebellious MLAs. The Speaker disqualified the 9 MLAs after serving them short notice needed as per anti-defection law which may help the Congress to win the trust vote.

But, while going with the classical norm of ‘either my government, or no government’, BJP engineered an emergency like situation calling Uttarakhand a “textbook example of breakdown of governance” while citing the passing of Appropriation Bill without a division of vote. Written reports were received from Governor K.K. Paul stating the volatility of political situation and possibility of pandemonium during the scheduled day of trust vote. Prime Minister had to cut short his visit to Assam to convene an emergency meeting of the cabinet at night to advise President to proclaim President Rule in Uttarakhand. Everything in haste! Like a passive constitutional head, President expressed his satisfaction and proclaimed Presidential rule in the state. In circumstances where the President is unwilling to refuse the Council of Minister’s advice even for once, such proclamation will always be used as procedural device at the hand of ruling party against the states run by the opposition. The most recent example is Arunachal Pradesh where the situations were more or less similar when President Rule was declared. In both the state, defections from ruling Congress was managed, the discretionary power of the Speaker was used to disqualify the defecting MLAs, floor testing was not allowed, Governor worked as an agent of Centre, President acted passively and, above all, the ruling party at the Centre worked arbitrarily for narrow political gain. Interestingly enough, both the states witnessed a unique contest of Speaker v. Governor. Both grossly engaged in proving their loyalty to their respective ruling parties in discharging their constitutional duties. It is certainly disappointing to see how flouting of democratic decency is fast becoming the norm in our country.

When political parties are rhetorically and theoretically at odd with one another, it is only Supreme Courtwhich can provide meaningful interventions in such cases to restore the faith of people in the idea of constitutionalism. The Supreme Court did its best to restrain the misuse of Article 356 initially by carving out ‘narrowly subtle space’ for judicial review in its seven-judge bench decision in the State of Rajasthan v. Union of India, 1977 and later subjecting the proclamation of Article 356 to judicial review on mala fide ground in the nine-judge bench of the Supreme Court in S.R. Bommai v. Union of India, 1994. In the State of Rajasthan v. Union of India judgment, Justices P.N. Bhagwati and A.C. Gupta brilliantly questioned the ‘holy sanctity’ of the Presidential rule by stating that “merely because a question has a political complexion, that by itself is no ground why the Court should shrink from performing its duty under the Constitution if it raises an issue of constitutional determination. ... merely because a question has a political colour, the Court cannot fold its hands in despair and declare ‘judicial hands off’”. In Bommai case the Supreme Court argued that Article 356 can be invoked only in cases where non-compliance with the Constitution is of such a nature that it results in situations which create an impasse and are not capable of being remedied and where governance of the State has become impossible. But, surprisingly, in this case the apex Court failed to extend the scope of judicial review to inquire into the ‘truth and correctness of the basic facts relied upon’ to support the proclamation of Presidential rule. Similarly, in 2006 judgment of the Supreme Court in Rameshwar Prasad and Others v. Union of India failed to give any relief despite upholding the constitutional principles set in earlier cases.

But what is alarming is the fact that even the principles laid down in these landmark judgments are no more working as deterrent due to the clear absence of effective and timely relief and clear legal position. There is an urgent need to propound strong and clear legal position based on sound legal reasoning on constitutional questions pertaining to Presidential rule: yardstick to establish ‘failure of constitutional machinery’ in the state, grounds of judicial review, constitutionality of Presidential proclamation, need for an early warning to states before proclamation, compulsory floor testing and so on. At the same time, the recommendation of Sarkaria Commission shall be judicially established which says that Article 356 must be used “very sparingly, in extreme cases, as a measure of last resort, when all the other alternatives fail to prevent or rectify a breakdown of constitutional machinery in the state.” It shall also be legally established that the recourse to floor test is compulsory on the part of the Governor for reaching the conclusion that the existing government do not enjoy the confidence of the Assembly to discourage 'floor-crossing' and defections. The excessive intervention of the Centre in the domain of state using Governor will drastically reduce the autonomy of the states and will consequently hold federal character in absolute abeyance. It therefore must be remedied.