Article 35A: CJI Refuses To Get Into Issues Of Shutdown And Lawyers Strike In Kashmir 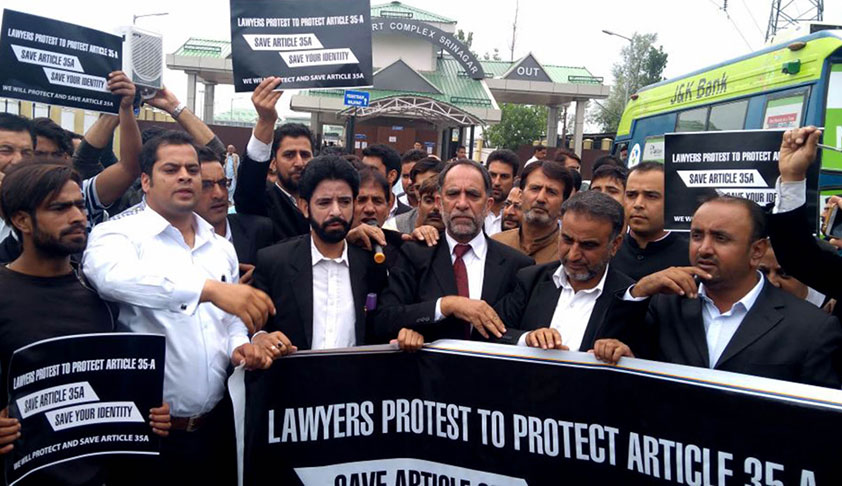 While deferring hearing of a batch of petitions challenging the Constitutional validity of Article 35A to week commencing August 27, Chief Justice Dipak Misra -led bench refused to get into the issue of shutdown and lawyers strike in the Kashmir valley ahead of today's hearing.

The article allows Jammu & Kasmir government to identify "permanent residents" of the state and provide them special rights and privileges.

Lawyers for some of the petitioners including Charu Wali Khanna referred to the complete shutdown in the valley. He also sought a direction to the Bar in the state from going on strike on the issue.

But Chief Justice Misra said: "No we will not go into it".

"We also need to keep in mind that the provision did not come the day before yesterday ", he added.

It is to be noted that the hearing comes amidst widespread shutdown in Kashmir valley called by separatists on Sunday in protest ahead of SC hearing on the issue. They were accusing the BJP and RSS of attempting to change the “demography” of the state.

Apparently, intelligence agencies have also written to the state government warning of a revolt within the police ranks also if 35 A is scrapped.

Advocate Rakesh Dwivedi, appearing for the state government, had earlier referred to two previous judgments by the constitution bench of the Supreme Court and said the issues raised in the pleas were already covered by these verdicts.