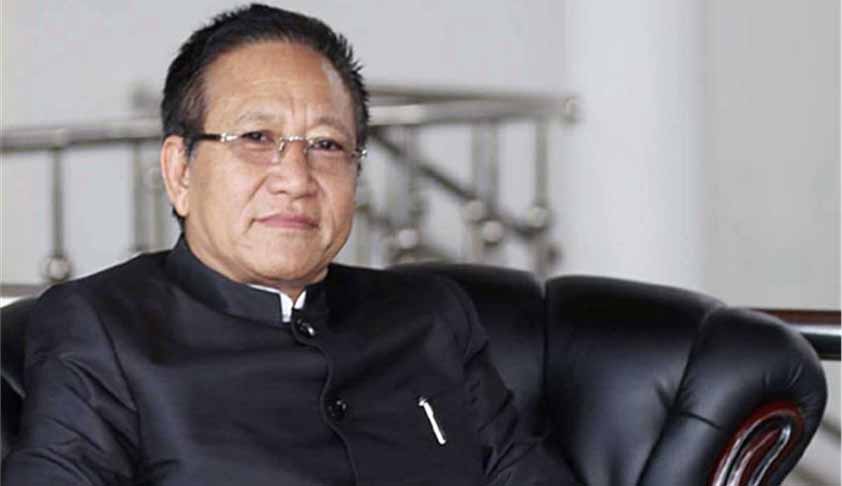 The judgment of the Supreme Court in Nabam Rabia Vs Deputy Speaker (“the Arunachal judgment”), seeks to give new color and content to the provisions of Article 179(c) of the Constitution. The present article argues that novel interpretation given by the Apex Court to Article 179(c) has, in effect, virtually rendered the provisions of Tenth Schedule nugatory.Arunachal Pradesh had plunged...

The judgment of the Supreme Court in Nabam Rabia Vs Deputy Speaker (“the Arunachal judgment”), seeks to give new color and content to the provisions of Article 179(c) of the Constitution. The present article argues that novel interpretation given by the Apex Court to Article 179(c) has, in effect, virtually rendered the provisions of Tenth Schedule nugatory.

Arunachal Pradesh had plunged into a constitutional crisis in December 2016 when competing political groups within the Congress party, through political machinations, tried to take control of the Government and the Legislative Assembly. The Governor also lent his hat and participated in this political thicket supporting one of the political groups. In this context, the Court was called upon to, interalia, adjudicate the propriety of the actions of the Governor.

The practical consequences of the aforesaid principle laid down by the Court are enormous. Neither in Lok Sabha nor in any of the Legislative Assemblies of India, there is a requirement of a prescribed minimum number of legislators to give a notice under the proviso to Article 179(c). A notice for removal of Speaker can be given even by one legislator. A notice even by one legislator, as per the Arunachal judgement has the effect of incapacitating the Speaker to decide on any disqualification petition till the motion for his removal meets its eventual fate.

The Tenth Schedule was introduced in the Constitution by the Constitution (Fifty Second Amendment) Act, 1985 in the wake of ‘aya ram gaya ram’ politics plaguing the country then. The rampant crossover of politicians after being elected form one political platform to another was a serious concern eroding the core of democratic morality. The Tenth Schedule, therefore, prescribed the penalty of disqualification for legislators who commit the ‘constitutional sin’ of defection as defined under para 2 of the Tenth Schedule. The power to adjudge disqualification was vested in the Speaker of the House.

In 1992, in Kihoto Hollohan v Zachiullu, the Supreme Court (a Constitution Bench of 5 judges) upheld the validity of the Tenth Schedule. The Kihoto judgment described unprincipled defection is as a political and social evil. Repelling the argument that the Speaker could not provide for an independent adjudicatory mechanism on the ground of likelihood of political bias, the Court observed that the Speaker holds a pivotal position in the Scheme of Parliamentary democracy and vestiture of adjudicatory power under the Tenth Schedule in the Speaker cannot be considered ‘exceptionable’. It was held that it is “inappropriate to express distrust in the high office of the Speaker”. The Court expressed the hope that “the robes of the Speaker do change and elevate the man inside”.

Post Kihoto, the country witnessed several reported cases of this Constitutional trust reposed in the high office of the Speaker was alleged to be breached by the ‘man inside’.

Almost two and half decades after Kihoto, the Arunachal judgment junked the ‘robes’ principle and has attempted to place legal fetters on the ‘man inside’. The Court has incapacitated the Speaker from deciding any disqualification petition under the Tenth Schedule if a no confidence motion is pending against him. The Court has read a constitutional ‘prohibition’ into the power of the Speaker to adjudicate under the Tenth Schedule pending a no confidence motion.

The Court has sought to base its opinion on a principle that a person whose authority is under a ‘cloud’ ought not to decide the fate of others till the ‘cloud’ is removed. The principle is indeed salutary; but, whilst putting fetters on the Speaker, the Court has, in effect, provided a safety valve to potential defectors to escape the consequences of the Tenth Schedule.

A single legislator facing disqualification proceedings can thus incapacitate a Speaker under the Tenth Schedule by giving a notice simpliciter for his removal. Although, the Lok Sabha Rules provide for a specific charge to be stated in the notice (See Rule 173), this stipulation is absent in the Rules made by most Legislatures of States.

By giving such a notice, the Speaker is incapacitated to take any penal action. The legislator can thereafter indulge in to large scale cross over/voluntarily giving up membership or defy the whip. He/she can even initiate a no confidence motion against the Government and seek to defeat the Government on the floor of the House by voting against his/her own party against the express provision of the Tenth Schedule without inviting the wrath of the Tenth Schedule.

Thus, a single legislator by simply giving a notice for removal of the Speaker/Deputy Speaker can bring to a grinding halt the entire constitutional mechanism of disqualification under the anti defection law. All that a constitutional sinner has to do is to give a notice for removal of the Speaker and then let raw unprincipled politics to take over. This could have severe repercussions especially in smaller States of the Country where majority is often wafer thin.

The reasoning in Arunachal judgment appears to be lopsided. If the Speaker is under a ‘cloud’ because of a pending no confidence motion against him and cannot act under the Tenth Schedule, then a legislator/s against whom disqualification proceedings under the Tenth Schedule is/are pending should also be under a ‘cloud’. What applies to the goose, applies to the gander. Why then should the legislator/s who is/are under a ‘cloud’ of disqualification be permitted to vote in a no confidence motion against the Speaker or for that matter against the incumbent Government.

Take an example where the legislators who are under the ‘cloud’ of disqualification vote on a no-confidence motion against the Speaker and get him removed. A new Speaker is thereafter appointed. Assuming the new speaker of the new political dispensation in power decides such disqualification proceedings against the said legislators, the disqualification has the effect of relating back to the date of defection itself which can be at an anterior point of time than the voting on the resolution of removal of the Speaker. This would have enabled a legislator to have voted out the Speaker and /or the Government through a no confidence motion despite the fact that the vote itself was invalid when it was cast. In such a situation, it is doubtful if the Speaker and/or the Chief Minister would have recourse to judicial review where they are removed on the basis of disqualified votes.

A legislator/s who has been unjustly disqualified by a biased Speaker has the remedy of judicial review which can restore his membership if it is found that the decision of the Speaker is actuated by bias or any other illegality. No such remedy may be available to a Speaker and/or a Chief Minister who is unjustly removed on the basis of a disqualified vote.

A constitutional prohibition, as has been imposed on the Speaker in the Arunachal judgment has to be explicit in the letter of the Constitution. There is none on the Speaker under the Tenth Schedule. The Kihoto judgment had in fact considered the bias argument against the Speaker and rejected it interalia relying upon the English conventions that the ‘confidence in the impartiality of the Speaker is an indispensible condition’ for the working of a parliamentary democracy.

The fetters placed on the Speaker in deciding disqualification matters by the Arunachal judgment can also be faulted on the principle that possibility of abuse is no test to determine the validity of power.

The Arunachal judgment’s reliance on Constituent Assembly Debates to justify its reasoning for fettering a Speaker is also not correct. The Court relies on a debate of 02.06.1949 on Draft Article 179(c). However, the term “the then Members” was not discussed on that date by the Constituent Assembly as the said term was deliberated in extenso on earlier occasions. The term “the then members” is used in Articles 67,90,94,183 other than Article 179(c).

A seat falls vacant under Article 190 if a member is disqualified. Thus, a disqualification had been envisaged in the Constitution even between the time when a notice under the proviso to Article 179(c) is given and the actual voting on the resolution for removal of the Speaker. This crucial debate of the Constituent Assembly appears to have escaped the attention of the Court in the Arunachal case.

Yet another criticism of the judgment is that the Court has rendered its observations in the absence of any list on the subject. The issue as to whether a Speaker could decide a disqualification petition when there was a notice of resolution under the proviso to Article 179 (c) did not in fact arise for consideration of the Court. The opinion of J. Lokur (though concurring) rightly distances itself with the observations of the majority judgment by observing that “the view expressed by my learned Brothers relating to the power or propriety of the Speaker taking a decision under the Tenth Schedule of the Constitution with regard to the fourteen members of the Legislative Assembly does not at all arise in these appeals”

The Supreme Court had repeatedly warned that a Constitutional interpretation ought not to be attempted in a vacuum and in the absence of a list before the Court. The Arunachal judgment observes this principle in the breach.

Thus, the sententious observations in Arunachal judgment fortuitously opens a door for defectors (who are faced with disqualification proceedings) to escape the consequences of disqualification by issuing a notice simpliciter of no confidence to chain the hands of the Speaker. The decision, while on the one hand rightly upholds the constitutional epithet of democratic governance through an elected government, however on the other, could well be relied upon by unscrupulous legislators for unprincipled cross over politics.