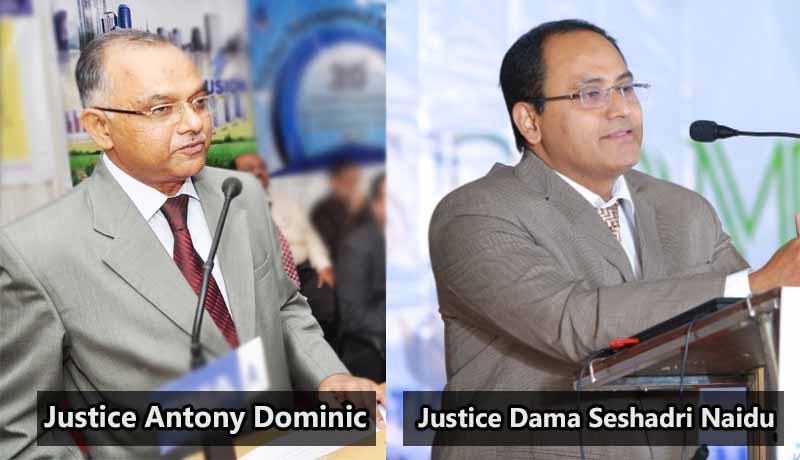 Settling doubts regarding the need to obtain special license from the Excise officials for serving liquor at gatherings hosted at residential houses, the Kerala High Court has ruled that no special license is needed for serving liquor to guests at one’s own house.A Division Bench of Justices Antony Dominic and Dama Sheshadri Naidu was considering a writ petition filed by a person who wanted...

A Division Bench of Justices Antony Dominic and Dama Sheshadri Naidu was considering a writ petition filed by a person who wanted to host a dinner party at his home in connection with the baptism ceremony of his son, where he wished to treat his guests and friends with alcohol.

The Excise Officials insisted that he should obtain a special license under Foreign Liquor Rules as FL-6 License by paying a license fee of Rs.50,000/-.  On an earlier occasion, he was constrained to take such license for a private house party, buckling under the threat of excise officials. This time, he stuck to his stand that no such license was needed as per law. Since he was apprehending threat and harassment at the instance of excise and police officials during the function, he approached the High Court. His contention was that every adult person was entitled to keep 2.5 liters of Foreign Made Foreign Liquor as per Government Order.

There were six adult persons in his home, thereby making the cumulative permissive quantity to be 15 litres. Hence, so long as the liquor served was within the permissive quantity, no special license was required- this was the contention of the petitioner.

The stand of the Government was that liquor can be served only after taking FL-6 license on payment of Rs.50,000/-.  It was also pointed out that Section 15C of the Abkari Act prohibited consumption of liquor at public places without permit or license.  The special hall erected at the petitioner’s house for the function would fall within the definition of ‘public place’, where members of general public have access.

It was contended that gifting of liquor would also amount to liquor vending, for which FL-license was necessary. The Government also expressed the apprehension that allowing the prayer of the petitioner would lead to abuse of law, whereby people would start selling of liquor under the pretext of hosting guests, converting houses into bars in the sly. This would lead to law and order problems.

Justice Naidu in his usual style began his Judgment as follows

“Athidhi Devobhava : In a wintry evening a friend of yours drops in; you both while away time on pleasantries. A guest as he is, you offer him a glass of wine. You are breaking law, for you are selling liquor. Startling as it may seem, that is what the law says, at least, as the Government maintains. Perhaps, the law has been reduced—interpreted—to its barebones: reductio ad absurdum”

Firstly, the Court dealt with the issue as to whether house will be a public place as per Section 15C of the Act. It was found that residential house was conspicuously omitted from the list of entries referred to in the said provision. Hence, it was declared that residential house will not qualify as a ‘public place’ under the Abkari Act and Rules.

The Court was also not prepared to accept the apprehension expressed by the Govt. that it might result in abuse of law whereby people would start vending liquor at houses under the guise of serving it to hosts. Dealing with that apprehension, the Court observed as follows :-

“Leaving aside the ethical aspect of all people vying with one another to convert their houses- happy homes- into bars serving liquor on the sly, we may observe that the Government is not remedy less. First we observe that potential for abuse of a provision of law cannot be an interpretative index to understand, or even to vilify, that provision of law. If a plain reading of a provision paves way for potential abuse of that provision, the remedy lies elsewhere: Legislative. Court cannot lose its fealty to plain meaning guided by an apprehended fear.

The Court also rejected the contention of the Government that gifting of liquor would also amount to vending. The Court exposed the inherent fallacy of the argument by the technique of reduction ad absurdum, i.e reducing the validity of an argument by showing an absurd consequence :- if we take the government’s argument to its logical ends, then the consequence is this- if you offer a glass of wine costing, say, Rs.100, to your guest one evening, you must apply and obtain a license by paying Rs.50,000/-.  Also, on a close scrutiny of provisions dealing with various licenses under Foreign Liquor Rules, the Court held that FL-6 license for serving liquor on special occasions also has a conspicuous commercial element,  when seen holistically in the light of other provisions. This is intended for an establishment or people to serve liquor for a limited period to capitalize on increased demand on festive occasions.

Apart from the invocation of sound interpretative tools to gather the right legislative intent, the judgment also contains emphatic statements touching upon personal liberty and privacy. Lord Edward Coke was quoted to state that every man’s house is his castle. It was also observed that the Government’s vigil on the liquor abuse is laudable; its insistence in that process, to raid private homes is not. The judgment also contains a witty observation from the book, A brief history of Vice, How Bad Behavior Built Civilizations by Robert Evans that the very culture of people coming together, establishing villages-thereby giving rise to societies- has come out of man’s penchant for sharing a drink. However, the Court was quick to add that they did not endorse this stand, though.

To mention an interesting trivia, Justice Dama Sheshadri Naidu was alos part of another division bench wrote the judgment which declared that right to drink alcohol was not a fundamental right.

So, the conclusion is that one need not obtain special license to serve liquor to guests at functions and gatherings organized at residential houses. However, the caveat is that the liquor so possessed and served should be within the permissible quantity which an individual can possess as notified by the Government from time to time, and any excess will invite the presence of law enforcers to spoil the party.