Attempt to Commit Suicide will no longer be an offence in India as Government moves to scrap S.309 of Indian Penal Code 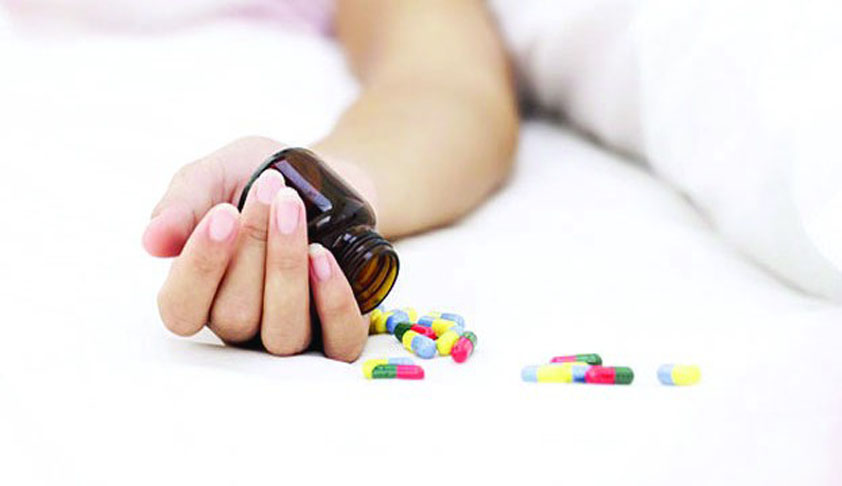 The Union Government finally decided to scrap Section 309 of Indian Penal Code which criminalizes ‘attempt to commit Suicide”. According to reports, Minister of State for Home Haribhai Parathibhai Chaudhary said, on the basis of 210th Report of Law Commission of India which had recommended the repeal of Section, Government sought the view of all states and union territories. "18 states and...

The Union Government finally decided to scrap Section 309 of Indian Penal Code which criminalizes ‘attempt to commit Suicide”. According to reports, Minister of State for Home Haribhai Parathibhai Chaudhary said, on the basis of 210th Report of Law Commission of India which had recommended the repeal of Section, Government sought the view of all states and union territories. "18 states and 4 Union territory administrations have supported that Sec 309 of the IPC may be deleted. Keeping in view the responses from the States/UTs, it has been decided to delete Sec 309 of IPC from the Statute book,". Minister said

S.309. Whoever attempts to commit suicide and does any act towards the commission of such offence, shall be punished with simple imprisonment for a term which may extend to one year, or with fine, or with both.

The constitutionality of section 309 of the Indian Penal Code, 1860 has been the subject matter of challenge several times before the Supreme Court and High Courts. In Maruti Shripati Dubal v. State of Maharashtra the Bombay High Court held that section 309, IPC is ultra vires the Constitution being violative of Articles 14 and 21 thereof and must be struck down. In P. Rathinam v. Union of India, Supreme Court also held that section 309, IPC violates Article 21. It is held that ‘section 309 of the Penal Code deserves to be effaced from the statute book to humanize our penal laws. It is a cruel and irrational provision, as it may result in punishing a person again (doubly) who has suffered agony and would be undergoing ignominy because of his failure to commit suicide. An act of suicide cannot be said to be against religion, morality or public policy, and an act of attempted suicide has no baneful effect on society. Further, suicide or attempt to commit it causes no harm to others, because of which State’s interference with the personal liberty of the concerned persons is not called for’.

However a Constitution Bench of Supreme Court in Gian Kaur v. State of Punjab , overruled the decisions in Maruti Shripati Dubal and P.Rathinam , holding that Article 21 cannot be construed to include within it the ‘right to die’ as a part of the fundamental right guaranteed therein, and therefore, it cannot be said that section 309, IPC is violative of Article 21.

It was in its 42nd report the Law Commission of India for the first time had recommended the repeal of Section 309.

But the 156th  Report of the Law Commission, submitted in August, 1997, after the judgment of the Constitution Bench in Gian Kaur Case , recommended retention of section 309, IPC. Later 18th Law Commission in its 210th Report titled “Humanization and Decriminalization of Attempt to Suicide” recommended the following;

Though abetment to commit Suicide is an offence, abetment to attempt commit suicide is not specifically made an offence in the Penal Code. In Gian Kaur Supreme Court held that Abetment of attempt to commit suicide is outside the purview of Section 306 and it is punishable only under Section 309 and read with Section 107 I. P. C. But in Satvir Singh v. State of Punjab it is held that “it is possible to abet the commission of suicide. But nobody would abet a mere attempt to commit suicide. It would be preposterous if law could afford to penalise an abetment to the offence of mere attempt to commit suicide”. In Berlin P Thomas v.State [(2008 CrLJ 1759),] High Court of Kerala was of the view that “ to hold that a person can go on abetting commission of suicide, but his conduct will not be culpable if the offence of suicide proper is not committed, would certainly defeat the purpose of the law. Such ad absurdam construction must certainly be avoided, if possible”.

When S.309 is repealed, a person cannot be punished for abetment of attempt to commit suicide. Regarding abetment, the offence is completed irrespective of the successful culmination of the offence abetted. So the Government has to legislate on the basis of the recommendation of Law Commission that when repealing S.309, persons assisting or encouraging another person to (attempt to) commit suicide must not go unpunished