[Ayodhya] UP Govt. Can't Be An Interested Party; Dhavan Alleges “Breach Of Faith Of The Court” On ASG For Not Maintaining Neutrality [Read Written Submissions] 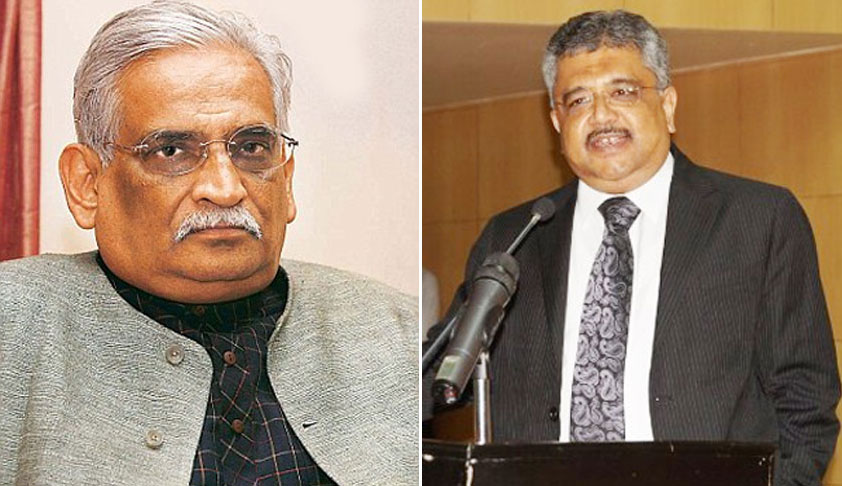 While hearing the Ayodhya matter on Friday, Senior Counsel Rajeev Dhavan, who is appearing for Sunni Waqf Board,  contended that the State of UP was maintaining a "non-neutral" stand in the issue.  He was responding to the objection made by ASG Thushar Mehta on behalf of UP Government to his request for reference of the matter to larger bench. The ASG had doubted the bonafides of seeking...

While hearing the Ayodhya matter on Friday, Senior Counsel Rajeev Dhavan, who is appearing for Sunni Waqf Board,  contended that the State of UP was maintaining a "non-neutral" stand in the issue.  He was responding to the objection made by ASG Thushar Mehta on behalf of UP Government to his request for reference of the matter to larger bench. The ASG had doubted the bonafides of seeking a reconsideration of the 1994 Ismail Faruqui judgment at a “belated” stage.

The Supreme Court bench of Chief Justice Dipak Misra and Justices Ashok Bhushan and Abdul Nazeer was hearing a string of appeals against the 2010 verdict of the Allahabad High Court in the Ram Janmabhumi-Babri Masjid dispute.

On July 6, ASG Tushar Mehta had argued that the plea for reference made belatedly and without bonafides should not be heard. “No one questioned Ismail Faruqui when the suits were pending. The application for reference was not even made in 2010 when the first appeal before this court was made. For 8 years, the appeals have been pending. When all translations have been made and all evidences compiled, suddenly this attempt is made to avoid judicial adjudication.”, Mehta had contended.

In response, Dr. Dhavan, on Friday, imputed a “breach of the faith of the court” to the ASG and the UP Government for not maintaining neutrality-

“The ASG is for the Union of India which is the statutory receiver of the disputed property. No official of the Union can say there have been latches or otherwise question our bonafide. They cannot be interested in the property or the outcome of the dispute.”

He drew the attention of the bench to the relevant portions of the impugned judgment of 2010 recording the state’s own submissions that it is uninterested in the property in dispute, that it would not contest the original suits and accordingly, sought to be exempted from costs.

“On behalf of Defendants No. 5 to 8 (state and its authorities), an application dated (...) had been filed stating that they are all state officials and state government is not interested in the property in dispute and as such they do not propose to contest the suit. The state officials had taken a bonafide action in respect of the property in dispute and in due discharge of their official duty. Therefore, they be exempted from the cost of the suit”, Dr. Dhavan has reproduced the averments in the pleadings of the state as incorporated in the impugned judgment.

In so far as the state government had suggested that the law laid down in the 1994 ruling was correct and did not deserve to disturbed, he has countered that the same hit at the merits of the case.

In his written submissions to the court, The Senior Advocate addressed the claims of latches in praying for a reconsideration, inviting the court to note the following aspects-

To justify the bonafides, Dr. Dhavan has depicted that the “questionable” observations in the 1994 judgment were invoked by the opposite parties before the High Court, which unduly weighed with the High Court while passing the impugned verdict.

He has extracted the relevant portions of the judgments of High Court Justices Sudheer Agarwal and D. V. Sharma to indicate the influence.

“In fact, the paragraphs quoted from the impugned judgment show that the invocation sought related to the White Paper. Such an invocation by the parties was rejected. One of the paragraphs, i.e. paragraph 4053 of the impugned judgment which has been quoted in the submission of the Learned ASG, specifically refers to the findings in the Ismail Faruqui judgment authoritatively to say that prayer in a mosque is not essential practice”,Dr. Dhavan  contended.

“The impugned judgment also contained reference to both the non essentiality of prayer in a mosque and that the mosque was not of particular significance unlike the site to the Hindus”, he advanced, referring the apex court to the concerned paragraphs of the High Court judgment.

“Further, Justice Agarwal delineates 5 aspects to be considered while discussing the issue of limitation in Suit 5. Of these 5 aspects, the fourth aspect of limitation is specifically based on these aspects of Ismail Faruqui’s judgment which leads him to conclude that because of the particular significance of the site to the Hindus, limitation stands defied by virtue of Article 25 of the Constitution. However, on the other hand, he clarifies that Muslims are unprotected by Article 25 as it has already been observed by this Hon’ble Court that the mosque in question was not of particular significance to the Muslim Community”, elaborated Dr. Dhavan.