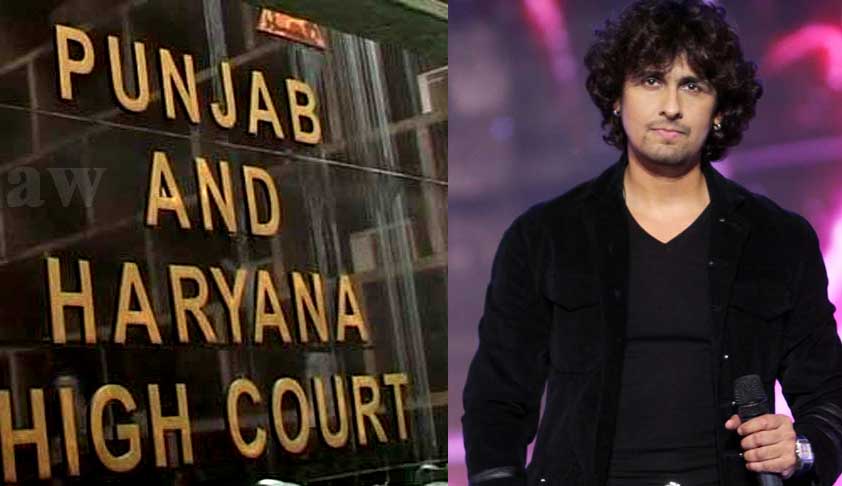 This petition is a cheap mode of attaining publicity by making a well-known singer scapegoat in the name of religion, the court said.

A plea seeking registration of FIR against Sonu Nigam for his tweets against using loudspeakers for azaan was dismissed by the High Court of Punjab and Haryana, observing that the use of microphones and loudspeakers are not an integral part of azaan.

Dismissing the petition filed by one Aash Mohammad, Justice MMS Bedi said it is a cheap mode of attaining publicity by making a well-known singer scapegoat in the name of religion.

Huge controversy was triggered after a tweet by the singer in which he said “I'm not a Muslim and I have to be woken up by the azaan in the morning. When will this forced religiousness end in India?”

Referring to the Supreme Court’s judgment in Church of God in India vs KKR Majestic Colony Welfare Association, and that of various high courts, the court said azaan is indeed an essential part of the Muslim religion, but the use of microphones is certainly not an integral part of azaan, and a combined reading of the tweets by the singer are meant to criticise the use of electricity / microphones for religious purposes.

The court, observing that the tweets by Sonu Nigam would not attract Section 295A of IPC, said: “The words attributed to the petitioner in the tweet are not meant to insult any religion or religious belief of any class of citizens of India and are not apparently deliberate or malicious.”

One of his tweets read “Gundagardi hai bas” and the court observed that it was not addressed in context to the azaan from mosque, but it is meant to the use of loudspeakers and amplifiers. The court rejected the contention that the word ‘Gundagardi’ will tantamount to a speech which would raise hatred and fear in the Muslim community.

The court also came down heavily on the petitioner for resorting to cheap mode of publicity, and said: “Such a practice deserves to be deprecated to secure the spirit of preamble and to perform our fundamental duties to uphold and protect the sovereignty, unity and integrity of India and to promote harmony and the spirit of common brotherhood amongst all the people of India, as mentioned in Article 50 of the Constitution of India.”