Azeez Basha: A Ghost Roving Around the Corridors of Aligarh Muslim University 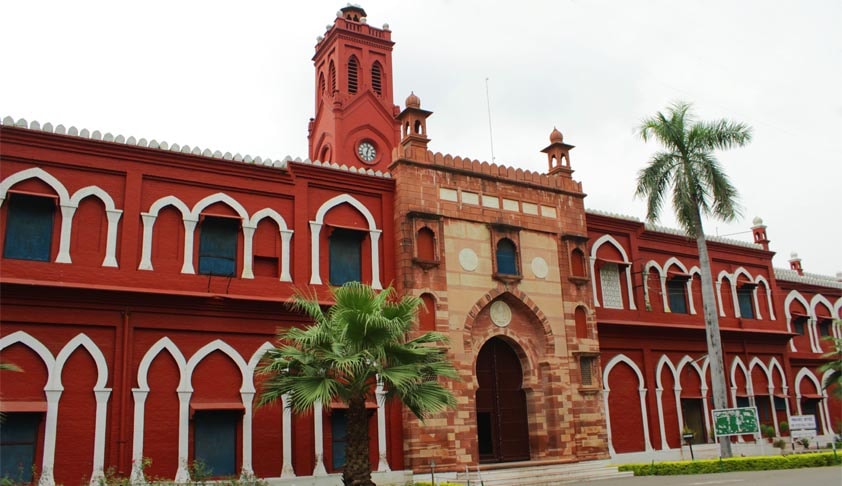 Intention of the Legislature

The preamble of AMU Act, 1920 grounds sections 3 and 4 which shows that the M.A.O. College, Muslim University Association and the Muslim University Foundation Committee had come to an end legally, and all the three bodies voluntarily surrendered all the moveable and immoveable property they had to the Aligarh University. Section 23 of the Act gave the emphasis on the constitution of a Court of the University which shall be the governing body of the university and no person other than Muslims could be a member of the Court.The Governor-General of Indiawas the Lord Rector of the University (section 13). Governor-General in Council was given power to remove any difficulties which might arise in the establishment of the university (Section 40).

In the light of implementation of Constitution of India, Aligarh Muslim University (Amendment) Act, 1951 was passed. Sections 13 and 14 were amended, and in place of the Lord Rector, a Visitor was appointed by the University, and the powers of the Visiting board were bestowed on the Visitor. The proviso of section 23(1) was deleted which resulted in non-Muslims becoming members of the Court of the University and also compulsory religious instructions was made optional.

In 1965, Act was further amended bythe Aligarh Muslim University (Amendment) Act, 1965 (originally an Ordinance). The results of the amendments were that the Court of the University was no longer the main governing body.  Many of its powers were taken away and powers of the Executive Council were increased. The Court became a mere body nominated by the Visitor, and all the people holding office before the promulgation of the Ordinance ceased to hold office from the said date until the court was reconstituted.

The Genesis of the Controversy

The controversy started when Supreme Court in 1968 reflecting on issue in the Azeez Bashav. Union of India (constitutional validity of 1965 Amendment Act and 1951 Amendment was challenged)held that Aligarh Muslim University is not a minority institution as it is not established and administered by Muslims and therefore cannot take the protection of Article 30 of the Constitution. It will be pertinent to mention here that AMU was not a party to this infamous judgment.

Subsequently,on the recommendations Beg committee and Minorities Commission of India, the AMU Act 1920, was amended again in 1981by the Parliament so as to remove the technicalities which prevented AMU from being declared a minority institution in Azeez Basha. The amendments seek to reduce the Act to its actual substance and intention i.e. its intention was to declare and incorporate MAO College into a university namely AMU and not to establish an entirely separate entity. Hence, the 1920 Act was like a vehicle through which MAO College was transformed or incorporated into AMU.  Section 2(1) of the AMU Act (after the 1981 amendment) gives a definition of substantial identity as between the MAO College and the incorporated University. It states that the University was only subsequently incorporated from and out only of the MAO College, which was already there, and if that is so, and if there is no distinction between these two, then, because of the process of incorporation only, it is impossible to say that the minority institution has lost its minority character. Through, the 1981 Amendment created a deemed provision, introduced by way of a statutory fiction or enactment, the Court shouldhave proceeded consequently thereupon also, and not to give the definition, a truncated meaning by stopping with the definition and refusing to give it its due consequences also.

For 25 years Aligarh Muslim University (From 1981 to 2005) enjoyed the right under Article 30 and in the continuation of itUniversity proposed the reservation policy for Muslim students but this time Allahabad High Court in Dr. NareshAgrwal v. Union of India strongly and wrongly relying on Azeez Basha case declared the Act unconstitutional with no reservation of such kind.

It is always open for the Parliament to change the basis or to remove the defects and the impediments pointed out by the Court and to explain and clarify the abstruse part of the statute which was made basis of law declared by the Hon’ble Supreme Court.Apex court has done it in the past (Reference may be made to the decision of this court in Mohd. Ahmad Khan v. Shah Bano Begum, which was domineered by Parliament by Muslim Women (Protection of Rights on Divorce) Act, 1985)The 1981 Act, acknowledged the historical fact that was apparent from the records before the Parliament that the Aligarh Muslim University was established by the Muslims, hence,the declaration in Section 2(I) read with Section 5 (2) (c) being a recognition of historical fact cannot be challenged so far as it is within the legislature competence of the Parliament. The legislative power of the Parliament can be questioned only on two grounds (a) that the legislature has no competence to enact the law (b) that the legislation is hit by the rights guaranteed under Part-III of the Constitution. The legislative competence of the Parliament to enact the Amendment Act of 1981 cannot be disputed by virtue of Entry 63, List-I, Schedule-VII of the Constitution. The Amendment Act, 1981 is only in furtherance of the commitment of the State to fulfill and protect the rights of the minority community and as such it cannot be said to be hit by any of the Articles contained in Part–III of the Constitution of India.

The Court in Azeez Basha recognised various definitions of the term “establish” and noted that the word could mean both to found and to create. In the judgment itself, it is accepted that the word ‘establish’ could mean ‘to make or form’, ‘to found’, ‘make’, ‘start’, ‘originate. Reference may be made to the meaning of the term “establish” as intended by the drafters of our Constitution, who incorporated the articles on the cultural and educational rights, with specific emphasis on minorities. The framers, explicitly highlighted the necessity to establish such institutions in the sense of founding them, and further, to manage and to control such institutions as desired by the minorities.

Alternatively, even if the meaning imparted to the term “establish” by the court is correct, that is, “To bring the University into existence”, it is submitted that the university was brought into existence by the Muslim community by the only means by which a University could have been brought into existence i.e. by invoking the exercise by the sovereign authority of its legislative power. The lands, buildings, colleges and other endowments without which, the university as a body corporate would be an illusory abstraction, was provided by the Muslim community. Though, Muslim community could have established a university but its degrees had to be recognized only by the government for which they approached the sovereign. The Supreme Court in Azeez Basha disregarded the fact that the very purpose of the University, which was the educational renaissance of Muslims would be defeated if its degrees were not recognized by the government.

Although, Basha judgment comprehensively studied the historical development of the University, but decision was not based on the legalities and technicalities attached to it enactments. The court should not decide this matter on narrow technical grounds, which are erroneous in nature. AMU was established by the Muslims for the educational and cultural advancement of the Muslim community and owes its origin to the MAO College founded by Sir Syed Ahmed Khan. AMU in reality is nothing but an extension of the MAO College. An end of this institution, as sought after by its creator, was for it to be in tune with the British education system, while staying true to the core fundamentals of Islam. Sir Syed Ahmed Khan’s son, Mr. Syed Mahmood, a Cambridge educated scholar, fostered and put forth a proposal to the Anglo-Oriental College Fund committee, of extolling the college to an independent university. The idea of an independent Muslim university gathered tremendous support, consequentially leading to the founding of the Muslim University Association, which was asked by the government of India, to collect a sum of Rupees 30 Lakh before the establishment of the University.The Muslim University Foundation Committee was formed and it collected the neededcapital as inquired by the government for the formation of the Muslim University. Further, the British government supported the establishment and promised grants in aids sincethe conception of MAO, though it was confined to a particular community.At the meeting of the Gov.-Gen’s Legislative Council in which the bill was finally passed into the AMU Act, 1920, the Governor-General Said:“……I should like to add my congratulations to the Muslim community on the passage of this bill. I have come here specially this morning to preside in order that I might add my good wishes and congratulations to those which have already been uttered in this Council(Seervai, page 1322, para 13.21).”

Azeez Basha case flatly denied the Aligarh Muslim University, the prospect of getting constitutional accomplishments of Article 30.Supreme Court and later Allahabad High Court,departing from the broad spirit in which it had decided cases on cultural and educational rights of minorities has held on narrow technical grounds that a minority community which had striven for, and obtained, the establishment of a Muslim University and endowed it with considerable property and money, had not established that University was definitely flawed and may be characterized as the high-water mark on legal positivism.