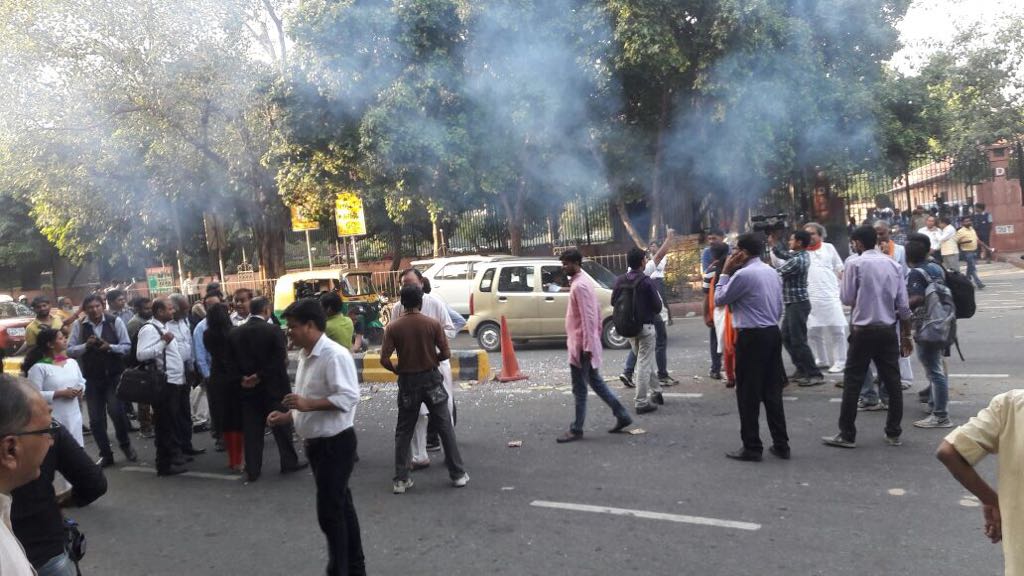 According to News 18 report, 14 persons including women were detained. As per the report

“Fourteen people, including three women, have been detained by the police and were taken to the Tilak Marg police station. The members, who claimed to be from an outfit called the Azad Hind Fauj, were led by a man named Satpal Malhotra, police said”.

Earlier Delhi spokesperson Tajinder Bagga has shared a video of his distributing firecrackers to slum kids in the national capital's Hari Nagar area.

On October 9, a bench headed by Justice A K Sikri banned the sale of fire crackers in Delhi/NCR region. On October 13, the Court refused to modify the cracker sale ban order in Delhi and NCR saying it will go against the spirit of the judgment.