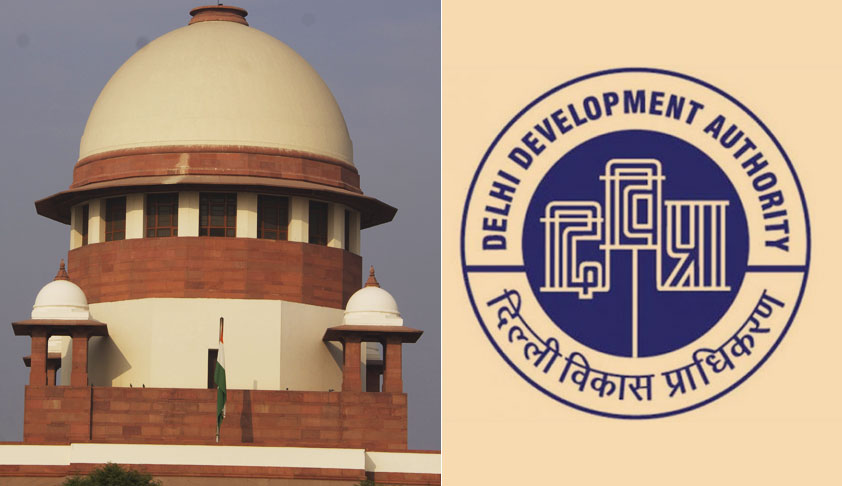 DDA’s affidavit gives point by point reply to nine questions put by a bench headed by Justice Madan B Lokur if various assessments like environment impact, traffic, congestion and other safety aspects were made before going ahead with the amendment.Filing an affidavit in the sealing case, the Delhi Development Authority has urged the Supreme Court to lift the stay imposed on the amendments...

DDA’s affidavit gives point by point reply to nine questions put by a bench headed by Justice Madan B Lokur if various assessments like environment impact, traffic, congestion and other safety aspects were made before going ahead with the amendment.

Filing an affidavit in the sealing case, the Delhi Development Authority has urged the Supreme Court to lift the stay imposed on the amendments in Master Plan Delhi aimed at giving relief to commercial properties by easing the mixed land use.

On March 6, a bench headed by Justice Madan B Lokur put on hold any further move to amend master plan  angry with the DDA as it had not filed an affidavit as per the court’s order on February 9 explaining if various assessments like environment impact, traffic, congestion and other safety aspects were made before going ahead with the amendment.

“It is most respectfully submitted that the proposed amendments in the MPD 2021 being statutory in nature and deserving to be carried out in accordance with the procedure/scheme of the DDA Act of 1957., have been formulated keeping in view the ground realities. It is most respectfully submitted that in compliance with the orders passed by the Supreme Court the final notification shall be made upon vacation of the order dated March 6 passed by the honourable court staying the further progress in the amendment of the master plan. It is most humbly and respectfully prayed that this Honourable court may kindly be pleased to permit the completion of the further progress for the proposed amendment in the MPD-2021 as has been envisaged in the DD Act”, said the affidavit.

“It is respectfully submitted that on account of the ever-growing population in Delhi, there had been perpetual requirements for additional housing, employment, social infrastructure, shopping centres, public and individual transport etc. Shrinking space of convenient marketplace/ centres have created a requirement of mixed-use which allows access to commercial activities in the proximity of residences and reduces the need for commuting across zones in the city”, said the affidavit.

“Mixed use of land also needs to be regulated in order to manage and mitigate the associated enhanced impact of the aspect of congestion, traffic and civic amenities. For meeting such objectives, suitable modifications in the master plan are required to be carried out from time to time while keeping in view the need for growing population of Delhi and also the existing ground realities and future needs of the city following the principle of service seeker and service provider to be in the same neighborhood”, said DDA.

DDA: Master Plan for Delhi 2021 is a statutory plan addressing the planning and regulatory matters. All such projects and which fall within the purview of EIA notification dated 14.09.2006 issued under section of the Environment Protection Act would be required to take necessary steps in accordance therewith. The DD Act 1957 does not mandate for securing environment impact assessment for carrying out any modification of the master plan. Proposed modifications are not in the nature of changing existing population density within colonies nor they are in the nature of effecting important alteration of the plan and they do not relate to the extent of land uses therefore they are not expected to cause any congestion on road, parking, pollution and existing infrastructure or civic amenities.

2) SC: Whether any study has been conducted and whether any facts and figures are available with regard to congestion in the city of Delhi

DDA: Concerned local bodies that is MCDs have provided some record and analysis of existing and proposed parking sites with the accommodation capacity of vehicles on these sites. There will be constant endeavor to develop multiple parking sites and  upgradation of public transport system

3) SC: Whether any steps have been taken to effectively manage traffic in consultation with the Delhi Police in view of the proposed changes?

4) Whether fire safety measures have been considered and access 3 to fire engines etc.

DDA: It has been proposed that the utilization of additional FAR/addition or alteration /conversion/redevelopment shall only be subject to the approval of revised building plans with clearances from all statutory bodies with respect to structural safety and safety norms

6) Whether civic amenities are available and have been provided particularly the availability of water not only for drinking water but for other purposes as well (such as dousing fire), management of sewage disposal, Solid Waste Management and supply of electricity etc.

DDA: Due to the proposed modification, there is no change in the already existing populations/density within the colonies the stress on existing infrastructure amenities shall be minimal.

7) Whether the safety of buildings which have been and which are sought to be constructed upon has been taken into consideration and whether any assessment has been made of all these buildings so that the life of the people in the buildings are safe and secure?

DDA: Polluting and hazardous services shall be prohibited in residential areas.

8)  Whether the issue of population density in Delhi said to be in the region of 1.67 crores – 2 crores has been taken into consideration?

DDA: Proposed modifications do not have any repercussion on the existing population as the number of commercial establishments are not proposed to be increased. Rather, the emphasise is on the requirement of sufficient parking spaces, regulating commercialization and mixed-use and rationalization of the payment of various charges.

DDA: This aspect would be required to be answered by the concerned authorities. However, while considering permission as per the proposed amendments in the master plan, the focus of all land-owning agencies shall be to undertake the immediate removal of encroachments on the public land and maintenance of such areas for parking, green areas, parks etc.