Ban on Pornography. Who controls the Mouse? 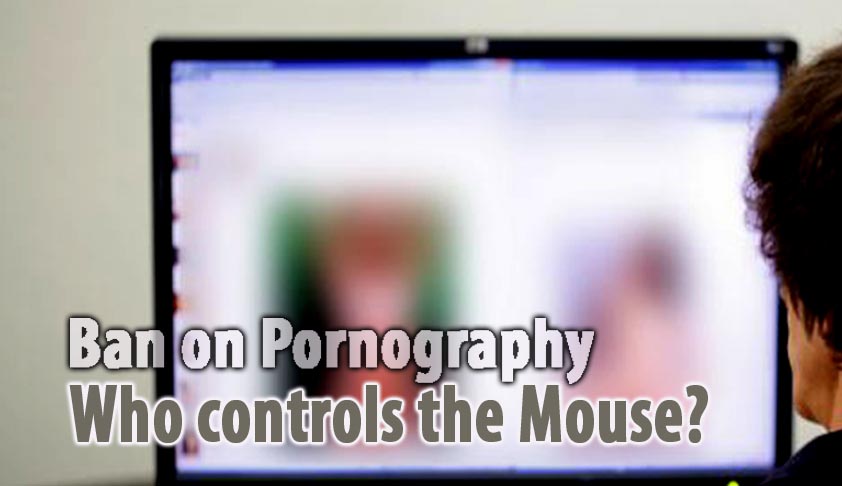 A PIL has been filed in the Apex Court by an Indore-based advocate Kamlesh Vaswani, outlining the abysmal scenario of the free availability of  pornography especially child pornography  online and seeking directions to take corrective measures.

The PIL makes a reference to the Delhi Rape Case and states that most of the sexual crimes against women are a result of extensive access to pornography by the offenders. This observation does not seem to be without merit. Ted Bundy, one of the most notorious serial killers in America, in his last interviews, attributed his serial killings and mass mutilation of women to be induced by pornography. He believed that both soft and hard pornography accelerated his abnormal instincts which ultimately lead to the torture and killing spree.

Currently there is no law that particularly bans watching pornography in India or regulates the users of internet or the Internet Service Providers which act as a conduit for the flow of data on the internet. The Indian Penal Code has carved out offences like Obscenity and other sexual offences but not pornography. Thus there is no anti pornography law in India and currently the ISP’s are neither regulated or penalized for not effectively regulating such sexually explicit content.

Earlier a case was filed before the Bombay High Court in 2001, wherein an attempt was made to carve out a mechanism to block such content. However the idea after a commissioned study was shelved for the want of practical considerations.

After the PIL was filed the court issued notices to Ministry of Broadcasting and Internet Service Providers Association of India. The Ministry of Broadcasting clarified that it dealt with only radio and television and hence later notice was issued to Department of Telecom. A bench of Justice B S Chauhan has asked the Dot to file a reply within three weeks.

The Internet Service Providers maintain that they cannot block these websites without a law or directions by the government of the Department of Telecom.

The interests of free speech threatened by prior restraint, the rights and liabilities of these conduits (namely the ISP’s) and the rights and protection of victims of sexual conduct, hang in the balance here. And hence well placed and thought out feasible solutions is the need of the hour.