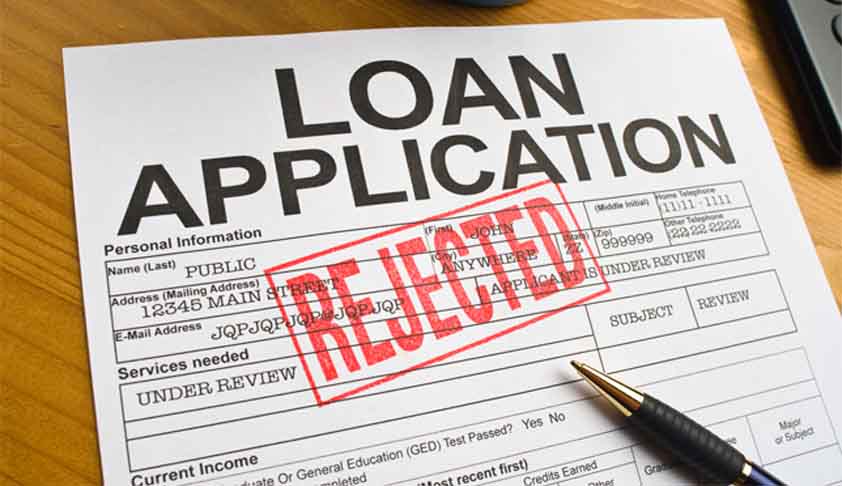 The State Consumer Disputes Redressal Commission, Maharashtra recently held that failure to inform an applicant about rejection of his loan application constitutes deficiency of service on the part of the Bank.

The Court was hearing an Appeal filed by Bank of Baroda, challenging a direction to pay compensation to one Mr. Jayprakash Kushwaha, for the Bank’s failure to inform him about the rejection of his loan application.

Mr. Kushwaha had approached the Bank for a housing loan, and had made the down payment for purchase of the flat on the assurance that the loan would be granted. The loan, however, did not materialize, even after the society had issued an NOC for the sale of the flat and had also transferred the share certificate to him.

On inquiry, he was told that his loan application file was missing. Mr. Kushwaha had then approached the Thane District Forum, seeking a direction to release the loan amount, as well as demanding compensation and costs.

The Bank had, before the State Commission, contended that the loan application was rejected because the society’s NOC was false and fabricated since it did not bear the signature of its President or Secretary. The Bank had, further, alleged that the seller did not have a clear title to sell the flat.

The District Forum had, however, ruled that there existed a deficiency in service on the part of the Bank, directing it to reconsider the loan application and intimate its decision within 30 days. The Bank had now challenged this decision before the State Commission, refuting the claim of deficiency in service.

Upholding the decision of the District Forum, the State Commission, however, noted that in the absence of any dispute by the Society, the allegation about the society’s NOC being fabricated was not acceptable. It further ruled that the bank had a duty to communicate its decision along with the reason for rejection of the loan application, irrespective of the reason for such rejection. Failure to do so, it held, would amount to deficiency in service, for which the bank would be liable to pay compensation.