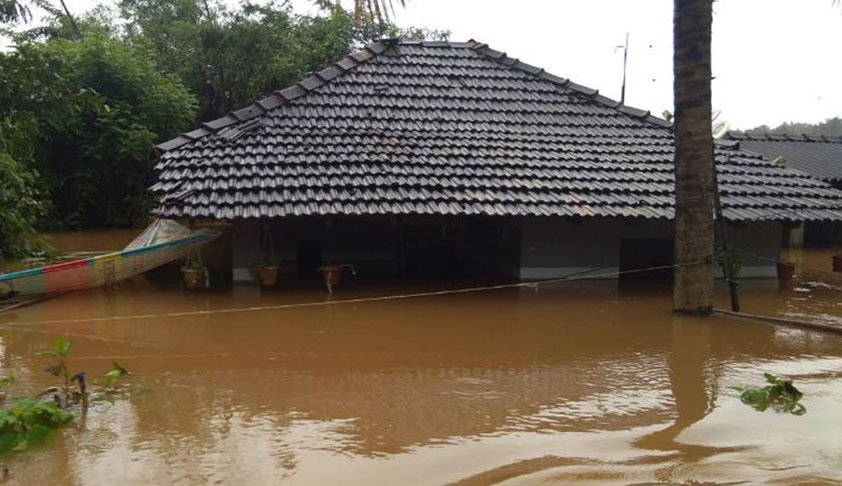 As Kerala struggles to get back up after being raved by floods, Kodagu district in neighbouring Karnataka is also facing a similar catastrophe. Heavy downpour in the district has caused flooding, damaging more than 840 houses, 123 km of road, 58 bridges, 278 government buildings and 3,800 electric poles, according to a statement issued on Monday.

The Bar Association of Madikeri has therefore called for donations for relief work in Kodagu, asserting that the human casualties and loss of livestock is far beyond their assessment. Elaborating on the damage caused so far, the release says,

“Kodagu a district known for its rich culture and heritage which also contribute a lot to our country by producing commercial crops like coffee, cardamom and pepper have incurred huge loss this season of monsoon. Extensive land slide has completely erased plantations in many areas. Many houses, basic infrastructure like roads, bridges and school buildings have demolished completely.  Brave men of Kodagu serving our Nation at the frontiers risking their lives are shattered because of this calamity back home.”

The release further states that the advocates of the association are also rendering free legal and other assistance to the people of the district, and are also contributing money for the rehabilitation and relief work. While it acknowledges the contributions made by the government, armed forces, NGOs and people in general, it asserts that bringing back normalcy in the district is still a herculean task.

Demanding contributions for the purpose, it then says, “Seeing the present situation we advocates as a community have come forward with various objects and tasks, help the people to restore themselves, provide complete free legal assistance in getting their rights over their lost property, damages, their personal records and any such assistance that can be extended by us professionally. Along with this we the members have also decided to contribute money for rehabilitation seeing to the needs, strategically planning out to give victims, what has been left out by the government and various NGO’s.

Our BAR Association is a small BAR having very few members and so we have decided to approach the large hearted people like you to join hands with us, contribute generously for the cause, we promise you that the money you contribute will reach the victims and be worth for beginning a new life.”

The Association is accepting contributions through money transfer, cheque or demand draft in favour of “The Bar Association of Madikeri”. Here are their bank details: