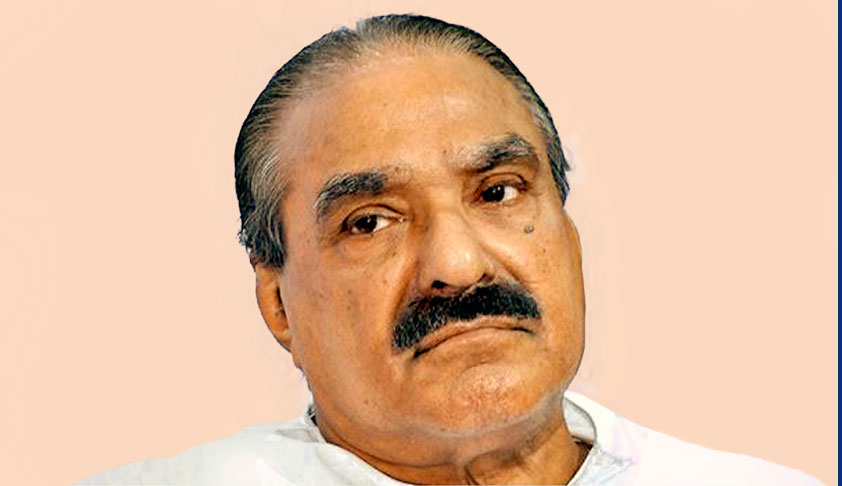 The government's response to the Court order will be a litmus test of its commitment to the anti-corruption plank on which it rode to power in 2016'Vigilance and Anti-Corruption Bureau absolves K.M Mani of corruption allegations, but the Court rejects VACB report and orders further probe'. The same story recurred for the third time today, when the Court of Special Judge and Enquiry...

'Vigilance and Anti-Corruption Bureau absolves K.M Mani of corruption allegations, but the Court rejects VACB report and orders further probe'. The same story recurred for the third time today, when the Court of Special Judge and Enquiry Commissioner Thiruvananthapuram refused to accept the closure report filed by the VACB.

The report filed by the VACB on March 3, 2018, stated that there were no grounds to proceed against K M Mani, and recommended dropping of further proceedings. However, Special Judge D. Ajith Kumar held that the refer report omitted to take into account several material facts, and ordered further probe. It was held that the contents of CD containing records of conversation of bar owners had to be examined.  It also needed to be ascertained whether the amount of Rs. 50 lakhs had been trasnferred to K M Mani at his residence in Palai, especially so when the Vigilance has found that the bar owners had taken the amount to Palai- the judge said. The judge noted that sanction was now necessary even for investigation after the amendment made to the Prevention of Corruption Act in July 2018. Therefore, the matter has been posted to December 10 to await sanction for further probe in relation to offences punishable under Section 7 to 11 and Section 13(1)(d) of the Prevention of Corruption Act.

Six protest complaints were filed against the closure report, including the ones by V S Achuthanandan, former leader of opposition,  P K Raju from CPI of the ruling front, BJP leader V Muraleedharan and Biju Ramesh, the bar owner who had raised the allegations for the first time. It was contended that the closure report ignored the consistent statements of Biju Ramesh regarding payment of bribe to Mani. Transactions involving huge sums of money by members of Kerala Bar Hotel-owners Association(KBHA) in the same place and on the same day as that of their meeting with the accused in a recurrent pattern, were allegedly overlooked by the Bureau. It was also stated that no coherent reasons were given for discarding the CD containing the record of the meeting of the core committee meeting of the KBHA or for not looking for other available evidence to ascertain whether such a meeting actually took place

The case has its genesis in the media revelations made by Biju Ramesh, the then President of KBHA, that the Association had paid Rs.1 crore as bribe to K.M Mani to facilitate the renewal of bar licenses which got suspended following the liquor policy adopted by the then UDF Government.  K.M Mani, who was then the Minister for Law and Finance, was alleged to have received the amount of Rs. One Crore in three installments, i.e. Rs. 15 lakhs on 22.03.2014, Rs.50 lakhs on 31.03.2014 and 35 lakhs on 02.04.2014 on a promise to review the liquor policy.

On the basis of Biju Ramesh's revelations, the then leader of opposition V S Achuthanandan filed a complaint before the Vigilance Director for action against Mani. Choosing not to register immediate FIR, the Director forwarded the complaint for a quick verification enquiry by the Superintendent of Police.  On July 7,2015, he filed a final report stating that there was no evidence to substantiate the allegations against Mani. However, the Special Court declined to accept the same and directed further investigation on October 29, 2015.

The VACB suffered a major set-back when it chose to challenge this direction of the Special Judge before the High Court. The High Court completely endorsed the decision of Special Judge to order further probe, and held that the Vigilance Director had interfered with the investigation. While rejecting the challenge of VACB, Justice Kemal Pasha of the High Court observed : "the common man may entertain a feeling that there cannot be a proper investigation by a State Machinery when the accused, against whom fingers are pointed out, is continuing as a Minister. This led to a huge political furore, causing K.M Mani's step down as the Minister.

After the further investigation so ordered, the VACB filed another closure report on January 13, 2016 praying that ‘further action be dropped’ in the case.

But the third round of further investigation by VACB also produced the same result as the earlier reports filed during UDF tenure. On March 3, 2018, the VACB filed the present closure report to drop further proceedings. It was stated that there was no enough evidence to prove the handing over of money to the accused Meanwhile, rumours were rife that K M Mani's Kerala Congress(M) party was attempting to forge alliance with CPM of the ruling front, and the closure report filed under the LDF government was widely speculated to be a fall out of the changing political equations.

Dissent was simmering within the ruling front too, as CPI was not reportedly pleased with the closure report favouring Mani.  The hearing of the case had witnessed dramatic scenes, after the Special Public Prosecutor appointed by the Government in the case, K P Satheesan objected to the closure report. Satheesan maintained that there was sufficient materials on record to prosecute Mani. This led to the Vigilance legal advisor C C Augustine opposing the appearance of Special Public Prosecutor in the case.

The ramifications of the Court's decision will play out in the larger political canvass, as it is now incumbent on the government to decide whether to sanction further probe or not. The government response to the Court order will be a litmus test of its commitment to the anti-corruption plank on which it rode to power in 2016, and hence its moves will be closely watched.