Battle Against Sec. 377 Had Been Awaiting Its Win For Long: Justice VK Shukla at Lloyd’s Let’s Talk-Series 2 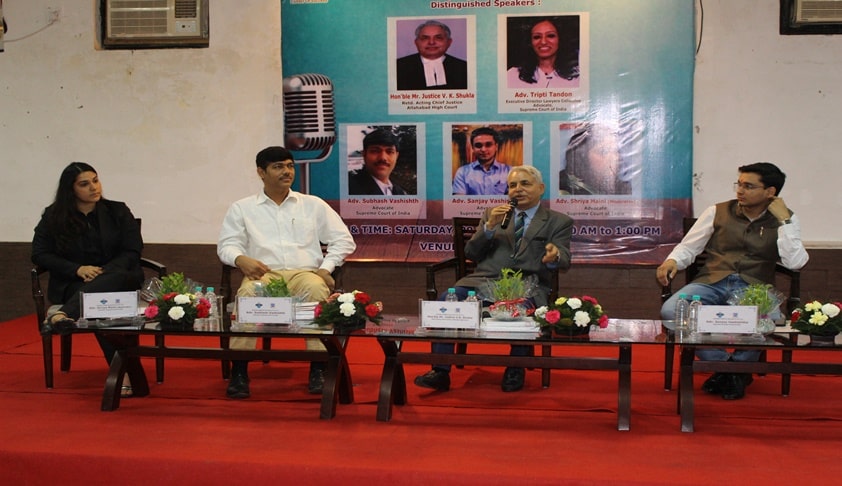 ‘One’s sexual orientation is one’s choice and it should be respected,” said Justice VK Shukla (Retd.), while speaking at Let’s Talk-Series 2 on Saturday (29th September). The Let’s Talk-Series 2 was organised by Lloyd Law College in Greater Noida to question and celebrate the partial reading down of Section 377 of IPC.

Justice Shukla brought forth the journey of the judgment on Section 377. He said it was a long fought battle and the one which awaited the win. Advocate Subhash Chandra Vashistha emphasised on similarities between disability rights, gender discrimination, HIV rights issues and Section 377. He said that the government should take initiative and allocate finances for the awareness towards the rights of the LGBT community. He also pointed towards the hypocrisy seen in the Indian politics where the state is silent. Advocate Sanjay Vashistha was a representative of the youth of India. He, being the youngest panelist, raised the question whether our families were ready to accept this change. He was disturbed by the fact that there were doctors who claim to ‘cure’ this ‘disability’.

The programme came to an end with an open house discussion where the students had their questions answered and with a parting remark by Justice Shukla: “The parliamentarians are concerned about their vote banks, thus, the delay in the law.”