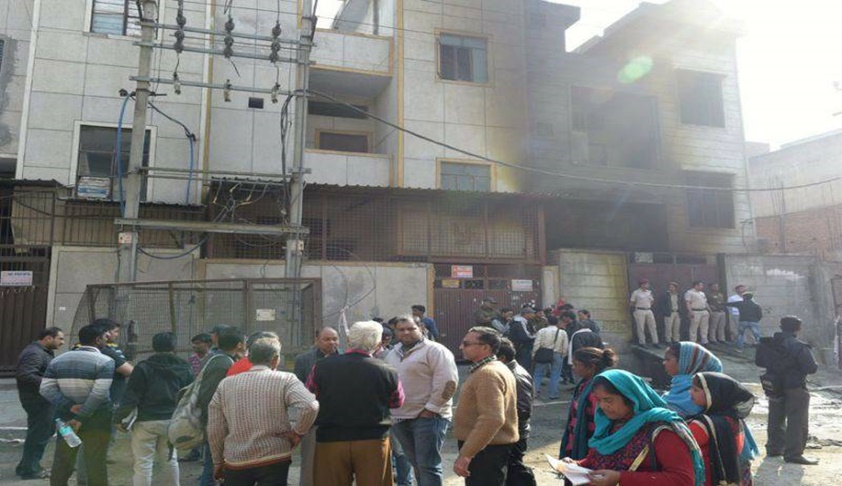 Manoj Jain, the owner of the fire cracker factory in Bawana which caught fire that claimed 17 lives, could not be produced before a Delhi court on Monday due to lack of sufficient police force on account of Republic Day arrangements while his lawyer said he is being detained illegally.

Metropolitan Magistrate Jitendra Pratap Singh was informed by the Investigating Officer that Jain could not be produced before him from judicial custody and requested that his production warrant be issued for January 24.

Jain’s counsel Pradeep Rana said the police have not moved any application for judicial or police custody and therefore, his detention till January 24 is against the mandate of Section 167 CrPC and he should be released on bail.

“They should have either sought judicial custody or police custody. But the police have simply asked for production warrant to be issued for January 24. So how can he (Manoj) be kept in jail,” Rana asked. On a specific query from the court, the police informed that Jain cannot be produced on January 23 since Republic Day full dress rehearsal is scheduled on the said date.

The court then issued production warrant for Jain for January 24.

It said the issue of illegal detention as raised by Rana would be dealt with after hearing all parties concerned.

“The plea of learned counsel shall be considered after hearing the concerned IO, APP and upon perusal of relevant record upon appearance of the accused,” the magistrate ordered.

Meawhile, the Crime Branch took over the probe into the incident.

Ten women and seven men were killed and many others injured in the fire at the firecrackers factory in outer Delhi’s Bawana Industrial area on Saturday.

Initial probe showed the factory was used for packing cold firecrackers which are used in stage shows.