BCI Sub-Committee (3:1) Says MPs, MLAs Should Be Allowed To Practice; Final Decision On Ban Deferred To Next Week 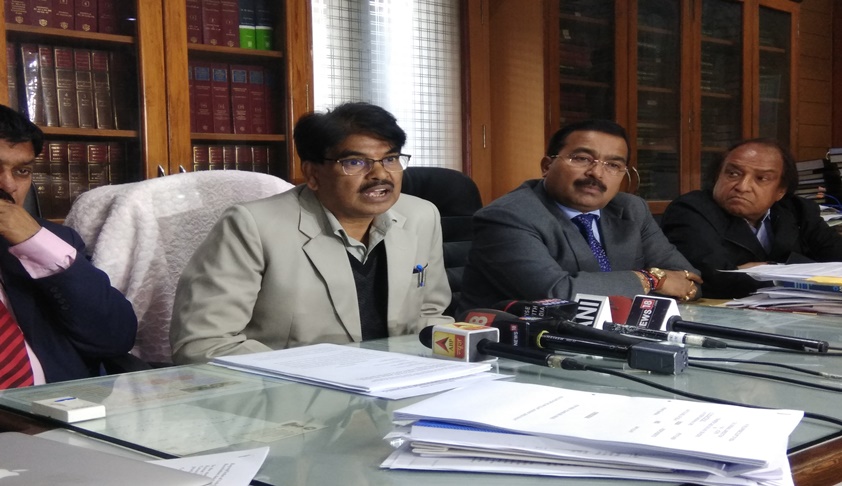 Three of the four members of a sub-committee constituted by the Bar Council of India have concluded in their report that legislators- MPs, MLAs and MLCs- should not be barred from legal practice.

Following this, the Bar Council of India has deferred the “final decision” pertaining to the issue to next week for more thorough and wider consultation and discussion.

“Today we discussed the report submitted by the four-member sub-committee. Out of the four houourable members,  three (B.C. Thakur, R.G. Shah, D.P. Dhal) were of the view that legislators MPs, MLAs and MLCs can be allowed to practice.  One member S Prabhakaran said they should be debarred on the grounds of conflict of interest and office of profit”, Mishra told reporters.

“In this view of the matter, the General Council is of  the view that  the matter needs thorough consideration being a serious issue. Therefore we have deferred the final decision for the next meeting which will be held next week. It is to be noted that some of the MPs and MLAs to which we had sent notices had sought eight weeks time for replying. That would also expire next week. So it will meet the end of natural justice before a decision pertaining them is taken. Because they should not say in the end that they were not heard before we took a final decision”, said Mishra.

Bar Council was acting on a representation of advocate and Delhi BJP leader Ashwini Upadhyay who cited a BCI rule that restricts a salaried employee from practising as advocate.

Upadhyay argued that "MLAs and MPs get salary from consolidated fund of India, hence, they are employee of the State and  the BCI rule 49 restricts a salaried employee from practising as advocate."

He also contended that under Prevention of Corruption Act, MLAs and MPs are public servants.

So, allowing them to practice as advocate and restricting other public servants is arbitrary and violation of right to equality.

Upadhyay also says that it amounts to "professional misconduct" when MLAs and MPs, who get salary and other benefits from the public fund appear against the government.

"It is an honourable profession but does not remain noble merely by calling it as such, unless an advocate is fully dedicated for this profession. Similarly, legislators are also expected to dedicate their full time to public and their constituents ahead of their personal and financial interests," he wrote in a letter to the BCI, a copy of which he has also forwarded to Chief Justice Dipak Misra.

Noting that the top court in an April 1996 judgment had held that a doctor cannot practice as an advocate before the court of law until he leaves his medical career, Upadhyay said likewise a person should also give up his job as a lawmaker to continue practice.

"Legislators are expected to put full-time service to public and their constituents ahead of their personal interests," he said.

"Nobility of the profession of law also has to be preserved and protected. Therefore, provisions of the Advocates Act and BCI Rules must be given effect in letter and spirit to maintain clean and efficient Bar to serve the cause of justice." He contended.