Behind the bench: Judicial Clerkship as a career option 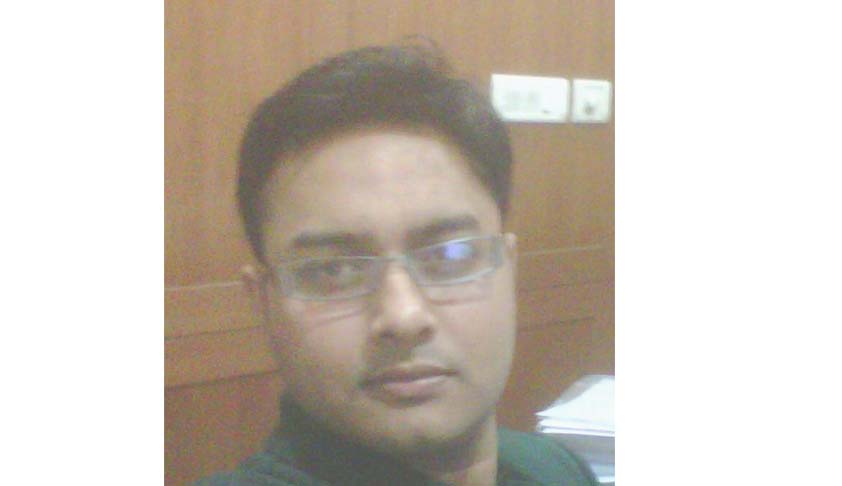 It is the spirit and not the form of law that keeps justice alive.  ~Earl Warren IntroductionA judicial clerkship is an excellent way to bridge the gap between law school and the practice of law. Clerks at all court levels obtain unparalleled access to and knowledge about the judicial process. Additionally, a judicial clerk is exposed to a wide array of legal issues and is able to make...

It is the spirit and not the form of law that keeps justice alive.  ~Earl Warren

A judicial clerkship is an excellent way to bridge the gap between law school and the practice of law. Clerks at all court levels obtain unparalleled access to and knowledge about the judicial process. Additionally, a judicial clerk is exposed to a wide array of legal issues and is able to make a hands-on contribution to the judicial decision-making process. This experience and perspective is attractive to future legal employers who hire former judicial clerks for their significant legal knowledge, insider view of the court system, and ability to view cases from the court’s perspective. A judicial clerkship can provide a significant edge in the legal job market not only because of increased knowledge of the law and court system, but because of the valuable contacts and personal relationships developed during the clerkship experience. It would not be wrong to say that behind every great judge is his or her law clerk.

Now who is a judicial clerk and why is the experience invaluable to a lawyer who has just come out of the law school? Every judge requires assistance in deciding cases and here comes the role of the judicial clerk who is essentially their attorney’s assistants. In India, while clerkships vary according to the type of court and the needs and preferences of individual judges, they are normally for not more than two years and the slant on research and writing is a common thread that runs through this unique post-law school experience. A judicial clerk basically provides assistance to the judge in conducting research on legal issues before the court and writing options.

Now the question popping up in the mind is as to how would this experience help? It not only provides an in-depth look into the procedural workings of the court but is also an excellent opportunity to build up one’s network in the legal fraternity. It also gives an in-depth exposure to and experience in a few select complex areas such as constitutional law, writs such as habeas corpus, administrative law and service matters. Students can be of tremendous assistance at the Supreme Court level. They prepare a summary of facts, conduct general research, look up and update relevant authorities, read briefs and make a record of facts and arguments. They also stand to gain exposure in arbitration matters including foreign awards and international trade.

Selection procedure at the Supreme Court of India

The Registry of the Supreme Court of India invites applications in January each year for ‘law clerk-cum research assistant’ positions. For the law clerk 1 a commitee, comprising of three (3) judges shortlist the candidates and interview them.  The selected applicants are then allocated to work under the sitting judges of the Supreme Court.

A judge can have more than one Law Clerk. To appoint a second Clerk, the judge can either ask the Registry to appoint one from the list of the shortlisted candidates or can recommend someone personally to the Registry.  If the committee finds the candidate fit, he/she will be appointed as the Law Clerk 2.

Unlike the Law Clerks 1 and 2 in the Supreme Court of India, there is only one kind of Law Clerk at High Court level. The work of Law Clerk is the same as a Law Clerk of Supreme Court which would involve researches, writing memorandums, drafting opinions, briefing the Judge on new matters.

Nature of work for a Judicial Clerk

A judicial clerk’s duties and responsibilities generally consist of conducting library research, writing bench memoranda, drafting other materials helpful at oral argument, briefing the judge on fresh matters and drafting opinions. The opinion drafting part of the clerkship is the most rewarding as it exposes the clerk to thinking from both sides of the problem and enables him to discuss substantive legal issues with a judge. There is, of course, no concise job description for a judicial clerk, and the specific responsibilities of a clerk depend on the type of court at which the clerk serves and on the specific preferences of the judge. A judicial clerk is often responsible for various administrative tasks such as maintenance of the docket and library, assembling documents or other administrative tasks necessary to meet the many obligations of the judge.

ü  Appellate court clerks are more likely to spend most of their time researching and writing. An appellate court reviews cases for error from the trial court and does not have contact with the litigants apart from the oral argument. The primary tasks of an appellate judicial clerk are to review the record from the trial court, review the parties’ briefs to the court, research the applicable law and draft either a memorandum of law or a draft opinion for the judge.

Despite some similarities between clerkship and internship, they are poles apart when it comes to a comparison. As an intern, one would not be classified as an employee of the firm or the court. There would be no contract and one is usually not paid. Whereas, as a Judicial clerk, it would be right to call someone a employee of the court or the judge as a contract would be there to that effect. Hence, the deal would lie in gaining knowledge and experience on one hand and getting paid for the same. The average salary of a Judicial clerk nowadays is Rs 25,000 per month.

Apart from the above, students from law colleges all over the country are given the opportunity to work as ‘legal trainees’ under the Honourable Supreme Court judges during their vacation periods. The duration of the same ranges from four to six weeks. However, short-term clerkships are mostly unpaid.

Law students from the various universities may directly apply under the name of the University to the Registrar of the Supreme Court of India. The Registrar of the Court scrutinizes the applications and communicates the same to the Head of the Institution.

Having said that, the unfortunate thing, however, is that, the concept of judicial clerkship is not very widespread in India. It needs to be incorporated into the judicial system of India as it provides multiple benefits to both the judge and the clerk. There will be an ease of the burden placed on the judges’ shoulder resulting in wrapping up the cases faster while the clerk gets an enormous amount of experience which gives them an edge over their colleagues when it comes to the resume.

Since a lot is still desired as far as judicial clerkship recruitment in India is concerned, it would be a great step if the honourable judges from various courts have an interactive session with the candidates before taking them as their clerks. This would not only hone the students’ interview-taking skills, but also give the judges an opportunity to get to know the clerks who are going to work for them.

There is no doubt that a judicial clerkship is an incredible life experience. It gives a unique opportunity to peer into the scenes of a judge’s chamber and courtroom, and to impact the law through the judge’s decision making. Clerks have the rare opportunity to view the judicial process from the perspective of a judge at the very beginning of their careers. Through a clerkship, attorneys sharpen their legal skills, broaden their understanding of procedural issues, and develop a sense of what is, and is not, effective advocacy.  In addition, judges often develop mentoring relationships with their clerks, which continue on after the clerkships end.

(Q.) How does an experience of Judicial clerkship give a boost to lawyers wishing to litigate in future?

The major advantage that clerking has, I believe, is that it allows a fresh graduate to get an in-depth understanding of both the bar and the bench. In this way, one is able to understand the best way by which one's argument might appeal to a judge; conversely, one also understands how NOT to argue. This is of immense benefit subsequently in the first few years of practice. Similarly, going through a number of briefs enables someone fresh out of law school to be able to spot the strengths and weaknesses of a case very fast- which is useful both while briefing senior lawyers, understanding a case, and in trying to demolish an opposing counsel's case.

By virtue of the fact that a law clerk has to deal with a variety of cases, he or she is also given a solid grounding in different aspects of law- during my stint, I was required to have a solid understanding of criminal, civil and constitutional law. This is also of great benefit subsequently, especially since the emphasis of most law schools in procedure remains week. All in all,  I would highly recommend a stint with a judge, whether of the Supreme Court or the High Court, for a budding lawyer serious about the profession.

(Q.) Does the experience of Judicial clerkship enhance the research skills ?

Yes! Typically while working with a judge, one is required not only to research- and pick up- a large part of the law in a very short period of time, but also to make notes on many aspects of the law one would otherwise not work on. This means that one's ability to process a huge volume of material, and to draw one's conclusions from it in a way that one is able to defend his or her viewpoint, improves- in most cases I had to defend my opinion if it were not in agreement with the Judge I was working with. Also, a law clerk is typically able to learn a great deal on research techniques from the judge he or she is working with; it is an immensely enriching learning experience.

Avinash works as an Advocate with a law firm in Delhi having corporate and litigation practice. He holds an LLM from King’s College London and has also worked with a law firm in London. Mr Mohapatra has a flair for legal writing and is an alumnus of Symbiosis Law School, Pune.