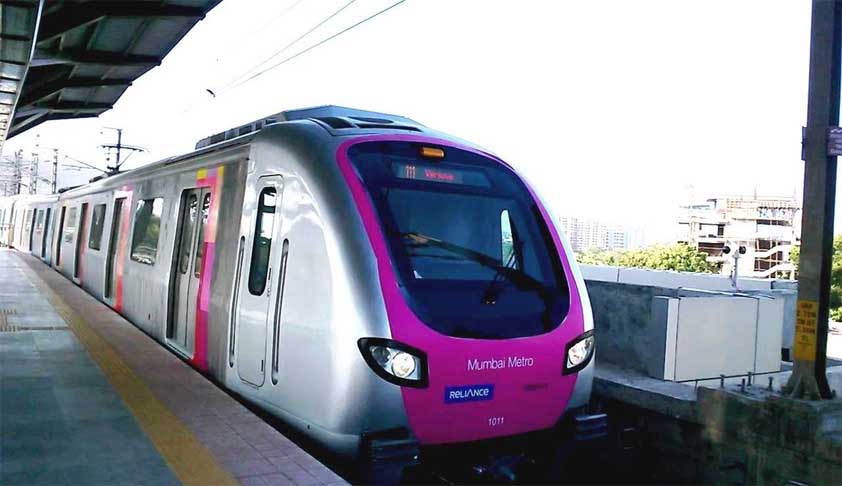 A bench of Chief Justice Manjula Chellur and Justice GS Kulkarni was hearing two petitions filed by two residents of the city who contended that MMRCL did not obtain requisite permission to cut down trees, as CRZ regulations, as contained in notification issued by the Ministry of Environment and Forests dated January 6, 2011, do not permit cutting of trees in the area.

Petitioner’s advocate senior counsel Janak Dwarkadas submitted that the objective of the said CRZ notification is to protect and conserve coastal stretches, therefore, it restricts setting up of industries, operations etc.

The court had earlier restricted MMRCL from cutting trees in an ad-interim order.

Arguing for MMRCL, senior counsel Aspi Chinoy argued that the petitioner’s contentions regarding violation of CRZ regulations was misplaced and said that metro cannot come under “industry” as argued by the petitioner’s counsel and placed reliance on the judgment of another division bench in The Goa Foundation and Anr vs The Konkan Railway Corporation & Ors.

Appearing for the Municipal Corporation, senior counsel AY Sakhare submitted that various applications filed by MMRCL were placed before the Tree Authority and it was decided that for this Phase 3 of Metro, 1,727 trees would be required to be transplanted, 1,074 trees are to be permitted to be cut and 1,090 trees would be retained in 26 different areas.

Noting that since trees would not only be transplanted by MMRCL, but trees which are cut will be “replanted and catered for times to come”, the court said this definitely could not mean that there would be an irreversible damage to the environment. The bench observed: “It cannot be overlooked that a project as important as this cannot be undertaken without some damage to the environment in terms of felling of trees, but at the same time it is not the case that these trees would not be replaced in the same area by the MMRCL as per an undertaking given by them.

Thus, the approach we intend to adopt is to bring about a balance in the protection of environment and the development in question so that a situation of prosperity on both these counts can be achieved. It is a hard stand, as canvassed by the petitioners is accepted, then it would be impossible to have any development for the betterment of the citizens residing in the metropolitan city. We also cannot overlook the far-reaching benefits Metro Rail has provided in other cities like Kolkata, New Delhi and Bangalore.”

The court has now directed MMRCL to file an undertaking within a week and appointed the member secretary of the Maharashtra Legal Services Authority and deputy registrar to oversee the compliance in regard to the replantation and transplantation of the trees.

The petition will now be listed for final disposal in second week of July.

Although the petitioners prayed for continuation of the ad-interim order restraining MMRCL from cutting trees for two weeks, the court agreed to continue the order for 10 more days.