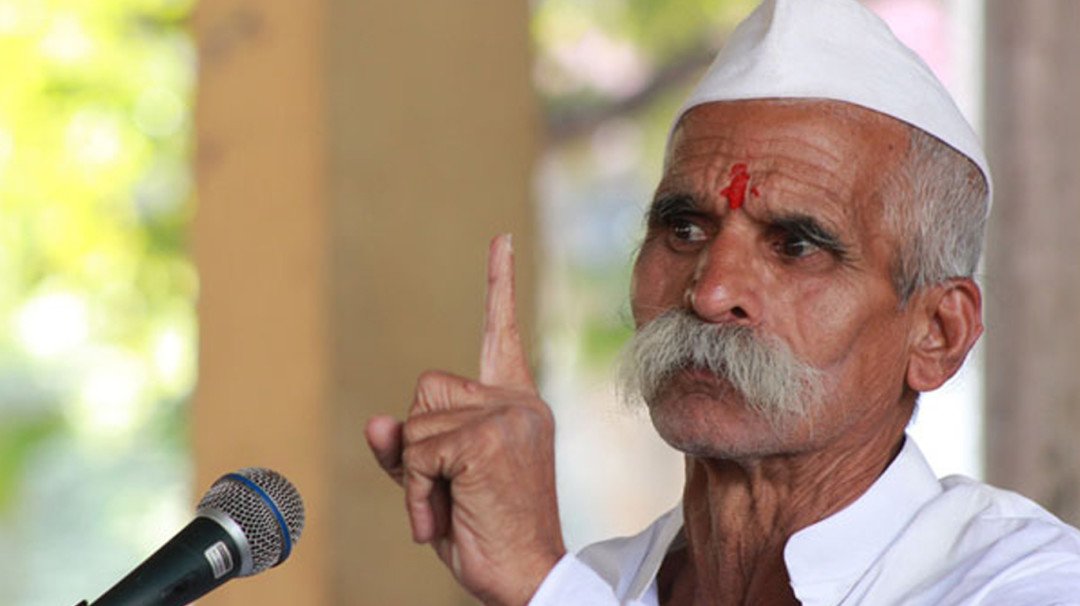 At a time when activists around the country were picked up by the police for inciting the Bhima Koregaon violence, a petition has been filed before the Bombay High Court by Anita Savale seeking the arrest of Sambhaji Bhide, who is alleged to have triggered the Bhima Koregaon riots.

In her FIR registered on January 2, i.e., a day after the violence erupted, Sawale alleged that while she was on her way to Vijay Stambh in Koregaon Bhima to commemorate victory over Peshwas, she saw pre-planned violent attacks by weapon-wielding mobs against those travelling to Koregaon Bhima.

Sambhaji Bhide is named as accused No. 1 in the FIR filed by her; however, only accused No. 2 Milind Ekbote was arrested by the police. She alleged that the violence erupted at the behest of Bhide and Ekbote.

Ekbote was arrested in March after the Pune Sessions Court, Bombay High Court and the Supreme Court rejected the anticipatory bail applications filed by him.

Savale alleged in the petition that Sambhaji Bhide is roaming free conducting public meetings in different parts of the state and ‘continues to spread the enmity between the communities by distorting versions of Maratha history, giving interviews on T.V Channels, conducting morchas and even challenging to “The State Authority”’.

It is further alleged that Bhide has a criminal past, as he was one of the accused in the communal riots that took place in 2007 at Sangli, Maharashtra.

Moreover, the petitioner said Maharashtra CM Devendra Fadnavis gave a clean chit to Bhide stating in the Assembly that “there was no evidence against him”. The petitioner also claimed that Shambhaji Bhide is close to Prime Minister Narendra Modi. These were the two reasons why the petitioner thinks that no action has been taken by the authorities in the case as far as Bhide is concerned.

Thus, the petitioner has sought Bhide’s arrest in the case and prayed for the court to call for records and proceedings in the investigation against Bhide.

On January 1, 1818, a few hundred Mahar soldiers of the British East India Company, defeated the Peshwa army, led by Peshwa Bajirao II, in Koregaon. In Dalit history, this battle became a symbol of victory of Dalits over their oppressors as it was a victory of Mahars over the brahminical Peshwas.

Two hundred years later, on January 1, 2018, an angry mob that was apparently led by Shambhaji Bhide attacked Dalits who had gathered at Vijay Stambh, an obelisk (victory tower) erected to commemorate those who lost their lives in the battle.