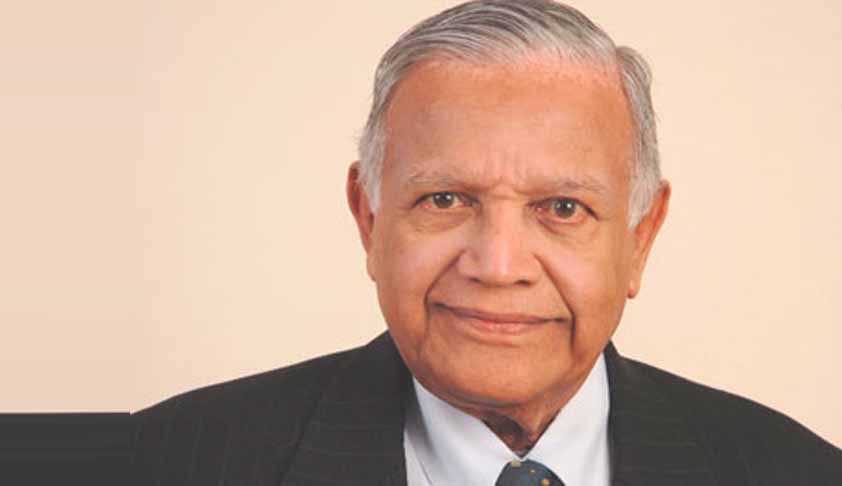 International Jurist and renowned Scholar from third World  Mr. C.G Weeramantry, former  Vice-President of International Court of Justice and former judge of Srilanka Supreme court,  passed away on 5 Jan 2017, leaving behind the legacy of his intellectual work in international law which will remain forever for world peace, humanity and environment.. His immense contribution to...

International Jurist and renowned Scholar from third World  Mr. C.G Weeramantry, former  Vice-President of International Court of Justice and former judge of Srilanka Supreme court,  passed away on 5 Jan 2017, leaving behind the legacy of his intellectual work in international law which will remain forever for world peace, humanity and environment.. His immense contribution to international law requires no introduction. In capacity as ICJ, Judge Mr. Weeramantry, gave new horizon to nuclear disarmament and nuclear non-proliferation. His crystal clear work in dissenting opinion in Legality of Threat or Use of Nuclear Weapon case (I.C.J. Advisory Opinion, 1996 I.C.J. 226), ICJ 1996 made alarming request to world that use of nuclear weapon in any form is illegal and harmful to world peace. His opinion brought   an era of non-proliferation diplomacy and call for nuclear disarmament.

He directly observed that the use or threat of use of nuclear weapons is illegal in any circumstances whatsoever. It violates the fundamental principles of international law, and represents the very negation of the humanitarian concerns which underlie the structure of humanitarian law. It offends conventional law and, in particular, the Geneva Gas Protocol of 1925, and Article 23(a) of the Hague Regulations of 1907. It contradicts the fundamental principle of the dignity and worth of the human person on which all law depends. It endangers the human environment in a manner which threatens the entirety of life on the planet. His keen sensitivity towards world peace and establishment of international rule of law affirms the faith on international law in saving planet from scourge of war. The second most important contribution of Mr. Weeramantry was towards balance between environmental protection and economic development in light of sustainable development. His separate opinion in Gabčíkovo-Nagymaros case ( Hungary vs. Slovakia)[ Gabichikovo-Nagymaros Project (Hungary/Slovakia)Summary of the Judgment of 25 September 1997]  added new dimension to the concept of sustainable development which is an eye opener for environmental policy maker as well as for environmental assessment asking to balance between economic development and ecology which is established norms of sustainable development. His prolific scholarly and vibrant writings on issues of world environment, human rights provided solution to emerging challenges of Environmental instability and crisis during armed conflict which can easily be referred in case of confusion on the subject.

As a international law jurist his vibrant writings has been quoted by many international bodies on issue of nuclear arm race and nuclear disarmament. He was among few third world jurist across the globe who brought the problems of third world countries at international fora asking for special attention. He was staunch supporter of international rule of law, nuclear disarmament, peace, environmental protection and equality which has been always the need of an hour for world peace and cooperation. His open and liberal approach towards human rights and adherence to principle international law projected universal solution to make world a safe and rational place for survival of mankind in association of nature. With his sad demise world has lost a great reformer and international jurist whose decisions and writings will always enlighten the path of humanity and peace across the globe.