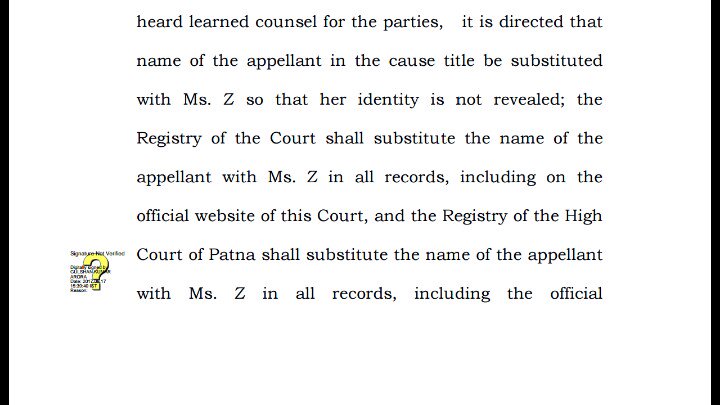 In disregard of an express prohibition in the recent Supreme Court judgment examining the abortion plea of a 35-year-old HIV-positive rape survivor, the Supreme Court website still displays the survivor’s name.

While the judgment does conceal her identity, the survivor’s name nevertheless appears in the search results for recent judgments. The order was issued pursuant to an Interlocutory Application seeking concealment of the survivor’s identity.

The Court had, on Thursday, also rapped Patna High Court and the Government hospital for having contributed to the delay in considering her plea for abortion, and had directed the State to pay her Rs. 10 lakh as compensation.