Bishops and Barons to go on trial for treason…800 years after their alleged crime! 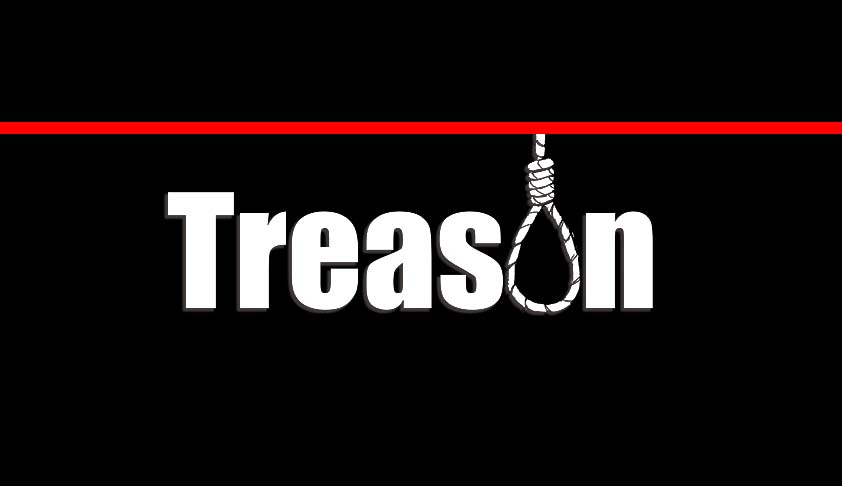 A group of Bishops and Barons who stand accused of having committed treason 800 years after their alleged crime, have been summonsed for trial on July 31, 2015 at the Houses of Parliament of the United Kingdom. Their alleged crime? These Barons and Bishops forced King John to agree to sign the Magna Carta which enshrined key rights such as the rule of law and protection of property.

They will face judgment in a two-hour mock trial in the Houses of Parliament at Westminster Hall before UK Supreme Court president Lord Neuberger, New Zealand Chief Justice Dame Sian Elias and Stephen Breyer, an Associate Justice of the US Supreme Court, to help mark the 800th anniversary of the sealing of the Magna Carta.

The mock-trial is being staged to determine whether the Barons and Bishops behind the document were justified in law in breaching their promise to surrender London to King John and then forcing him to sign the document limiting his powers. Among others, King John will be called in as a Prosecution witness.

Among the witnesses for the defence will be Sir Robert Rogers, now Lord Lisvane, who was until last August the Clerk to the House of Commons. He is expected to argue that Parliamentary democracy might not exist today where it not for the actions of the Barons at Runnymede.

The Magna Carta which was drafted by the Archbishop of Canterbury to make peace between the unpopular King and a group of rebel barons was designed to ensure the protection of church rights, protection for the barons from illegal imprisonment, access to swift justice, and limitations on feudal payments to the Crown. The Magna Carta was an attempt to recognize and give effect to the principle that not even the King was above the Common Law of the land and that the monarch’s powers could be held in check for the good of the country.

Although it was quickly annulled by Pope Innocent III, on the grounds that it was illegal and had been signed by King John under duress, Magna Carta went on to inspire wider challenges to absolutist monarchs and demands for greater liberty and justice for ordinary men and women, including the English Civil War and execution of Charles I; the American War of Independence; and the French Revolution.

The trial which is to be held on July 31 has been arranged by the Supreme Court, The Magna Carta 800th Anniversary Commemoration Committee and the Royal Commonwealth Society, takes place at Westminster Hall, where the court met for centuries.

Lawyers from across the Commonwealth will argue the defence and prosecution.

Sir Robert Worcester, from the Magna Carta 800th Anniversary Commemoration Committee, said it would be ‘more than just a bit of historical themed fun’.

He said: ‘The evidence being examined by these eminent judges will help explore some timeless questions of legal and constitutional importance. Is the King above the law? Is there ever a defence for breaking a solemn promise?’

Sir Robert added: “I hope people from across the country, of all ages and backgrounds, enter the draw for tickets to come and witness what I am sure will be one of the highlights of this year of commemorations.”

For more information on the trial and the events commemorating the anniversary of Magna Carta.