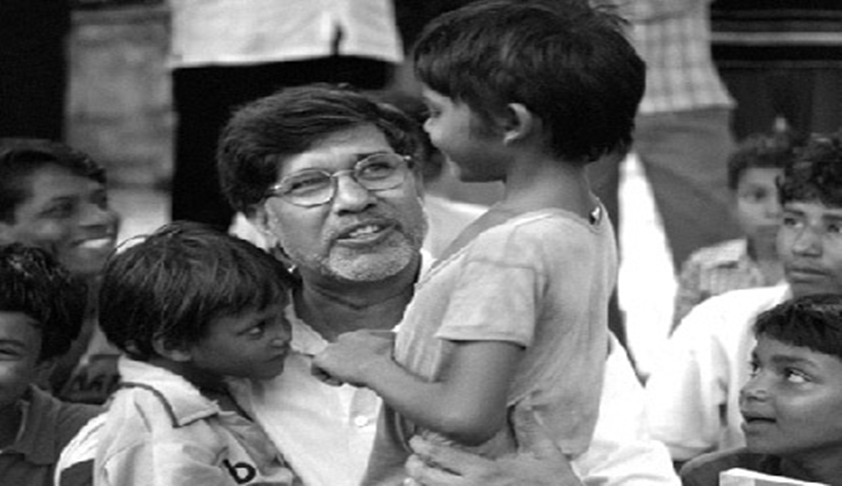 Subscription starts from
₹ 599+GST
(For 6 Months)
View Plans
Premium account gives you:
Subscribe Now
Already a subscriber?
Login
Every 6 minutes, a child goes missing in India. Every hour, 2 children are sexually abused in our country. While education and technology area reaching great heights, 168 million children still toil as labourers. While children never create war, over 63 million children in conflict affected areas like Syria and others, are out-of-school. Doesn’t it boil your blood to see this?

Children – the future of humanity - are being exploited, despite mankind’s great advancements. Till when will this go on? This crisis calls for a concerted and compassionate effort, with an utmost urgency.

To give the youth a platform to do their bit for children, the first Indian-born Nobel Peace Laureate Kailash Satyarthi is launching the ‘100 Million for 100 Million’ campaign. It’s a youth campaign that will have young people from all across the word take onus of making the world child-friendly. Mr. Satyarthi believes in a world where every child is free to play, learn and smile; a world where every youth gets quality education and equal opportunities, so that they can get employed and are able to fulfill their dreams; a world where the youth is free to speak and get the government to listen to their thoughts. And he is calling out to the youth to lend a hand in building such a world

In his opinion, the youth possess the passion and energy to fight against all odds and change the world. Through the ‘100 Million for 100 Million’ campaign, Mr. Satyarthi will support 100 million youth stand up to be the voices of the voiceless 100 million children and youth, over the span of next five years. These youth and children will come together from different parts of the globe.

The campaign is being launched from the Rashtrapati Bhavan on December 11, 2016, where the President along with Nobel Laureates and Leaders will flag it off. Post the flag off, more than 6,000 children will lead a historic march down the Rashtrapati Bhavan, signifying the beginning of a new social movement. These Nobel Laureates and world leaders are coming together for the first time for the cause of children to join the Laureates and Leaders for Children Summit by Kailash Satyarthi.

Every young person is a change-maker, a champion and a leader. As lawyers and law students we have a particularly important to play in this Campaign in not only standing up for vulnerable children, but also bringing about a positive change in their lives. Thus, Kailash Satyarthi Children’s Foundation and Bachpan Bachao Andolan (BBA), the grassroots organisation founded by Mr. Satyarthi, is reaching out to all youngsters to support the Campaign. Do your bit in helping to build a better tomorrow for all.

What you can do?

Log on to http://100millionfor100million.org/ to become a part of this historic Campaign. Use the #DoYourBit to show your support. You can also sign up on Thunderclap via https://www.thunderclap.it/projects/50799-doyourbit-for-children. Stay tuned in for the massive campaign launch on the 11th from Rashtrapati Bhavan. Catch the live action at facebook/KSCFIndia and twitter/@KSCF India.