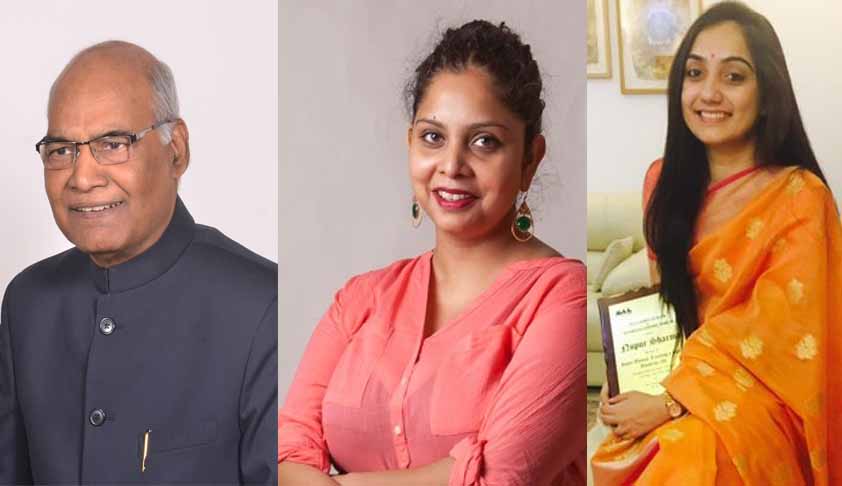 Ayyub had tweeted about Kovind: “And you thought Pratibha Patil was the worst bet.”

The copy of Sharma’s complaint, said that Ayyub’s tweet reflected an “extremely casteist, hateful and disrespectful mindset” against the scheduled castes, which Kovind has long represented.

The complaint added that Ayyub directly undermined “the abilities and position in society of a member of the scheduled castes” and was “blatant and scurrilously slanderous and casteist”. The complaint asks for Ayyub to be booked under the Scheduled Caste and Scheduled Tribe Prevention of Atrocities Act.

“To classify a sitting and incumbent Hon’ble Governor of Bihar and now NDA nominee for post of President of India, namely Shri Ram Nath Kovind ji, as “Worst Best” for the post of Hon’ble President of India is not only directly undermining the abilities and position in society of a member of the Scheduled Castes but is also blatantly and scurrilously slanderous and casteist”, said the complaint

“I thereby request you (Delhi police commissioner) to book the journalist Ms Rana Ayyub for her public representation of ill-will via her tweet under section 3(r) and 3(u) of the SC and ST (Prevention of Atrocities Act) 1989 as also under any other section that may be relevant to protect the honour and dignity of our fellow citizen, which has hurt his status in society as well as cast aspersions on his ability based on his caste/birth/background”, said Sharma’s complaint.

"Of course nothing in law stops anyone from filing a complaint against someone else, but I don't think any offence is made out from a bare reading of the complaint and the tweet itself".