Bofors: CBI Files Appeal In SC Against Discharge Of All Accused By Delhi HC 12 Yrs Ago [Read Petition] 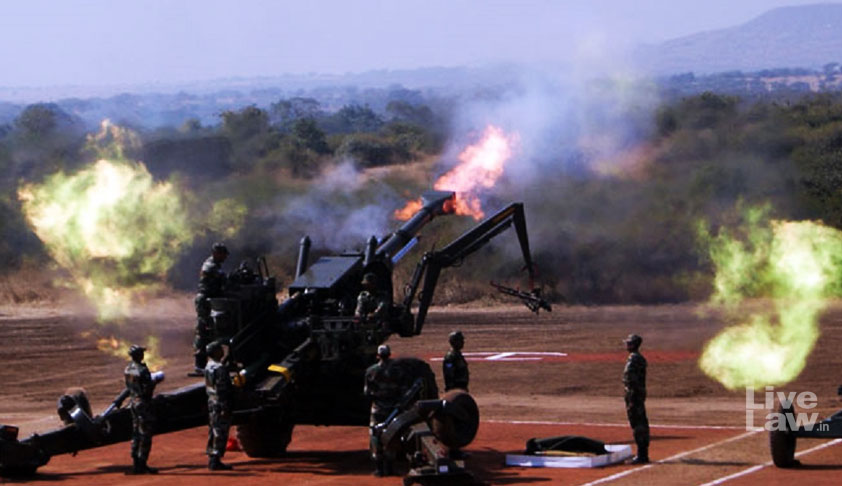 Twelve years after the Delhi High Court discharged all accused including Europe-based industrialists Hinduja brothers in the Rs 64 crore Bofors pay-off case, the CBI today filed an appeal in the Supreme Court.The timing of the appeal is surprising as recently Attorney General K K Venugopal had advised against filing an appeal after a 12 year delay.“It could be dismissed on grounds of delay...

Twelve years after the Delhi High Court discharged all accused including Europe-based industrialists Hinduja brothers in the Rs 64 crore Bofors pay-off case, the CBI today filed an appeal in the Supreme Court.

The timing of the appeal is surprising as recently Attorney General K K Venugopal had advised against filing an appeal after a 12 year delay.

“It could be dismissed on grounds of delay and could well prejudice its stand even as a respondent in the appeals already pending (Ajay Agrawal’s petition). It will be better if the CBI remains a respondent and presents its stand”, he had advised.

In the appeal, it cited a new evidence and  referred to the October 2017 interview of private detective Michael Hershman, who alleged that the then Rajiv Gandhi-led Congress government had sabotaged his investigation.

Explaining the delay, the SLP said: “It is true that there is some delay in the CBI approaching this Hon’ble Court, as the impugned order was passed by the High Court on 31.05.2005.  A detailed statement of facts with regard to the causes for this delay has been set out in the accompanying application for condonation of delay.  It may be stated at this juncture itself, though, that the matter was examined by the CBI, in the year 2005 itself, with regard to the feasibility of challenging the impugned order of the High Court.”

“While the petitioner-CBI was of the view that the impugned order is legally unsustainable and should be challenged before this Hon’ble Court, ultimately a decision was taken not to challenge the impugned order on the basis of the views expressed by the Government of India and the law officers who dealt with the matter at that stage, as the Government denied permission to the CBI to approach this Hon’ble Court.  The matter has been reexamined now, in view of a most significant development in the form of an interview given by one Mr. Michael Hershman to an Indian TV channel on 17.10.2017.  In the said interview, Mr. Hershman has stated, inter alia, that he is in possession of material which would show the payment of bribes in the Bofors deal, and that the involvement of powerful persons may be the reason for the checkered history of this case”, it said.

Further in the petition, the agency said that the high court erred in quashing the case by ignoring the evidence it collected through Letters rogatory from foreign country which was to be dealt by the trial court

-Impugned judgment of the Delhi High Court quashes all proceedings emanating out of the FIR in question against the respondents herein, without permitting the mater to go even to trial.  The effect is that persons involved in a grave and serious a crime, which jeopardized national and public interest, are allowed to scot-free, without facing trial or any punishment.

-The impugned judgment and order of the High Court is premised on the finding that certain documents on which the petitioner relies to make out its case against the respondents, which were duly obtained from the concerned authorities in Sweden, are neither available in original nor as duly authenticated copies.

-The impugned order is contrary to the law laid down by this Hon’ble court regarding the nature of the enquiry to be undertaken at the stage of framing of charge. High Court has erred in placing reliance on the decision of this Hon’ble Court in CBI v. V.C. Shukla, (1998) 3 SCC 410.  In paragraph 35 of the impugned judgment and order, the High Court refers to paragraph 15 of this decision as laying down the law that “at the time of framing charges, the Court has to decide whether the material collected during investigation can be converted into admissible evidence at the ensuing trial”.  It is submitted that this Hon’ble Court did not lay down any such legal principle in the said case, and paragraph 15 of the decision of this Hon’ble Court only records one portion of the High Court judgment in that case.

-High Court was not justified in expressing disapproval at the investigation carried out by the CBI.  It is most respectfully submitted that if the Hon’ble High Court had not exceeded its jurisdiction and passed the impugned judgment and order, the case would have gone to trial and the guilt or innocence of the accused persons would have been established.  The observations made by the High Court in paragraph 66 of the impugned judgment are wholly unwarranted and unjustified, and deserve to be expunged by this Hon’ble Court.

He passed away on July 13, 2013. The other accused persons who died are Bhatnagar, Chadda and Ardbo