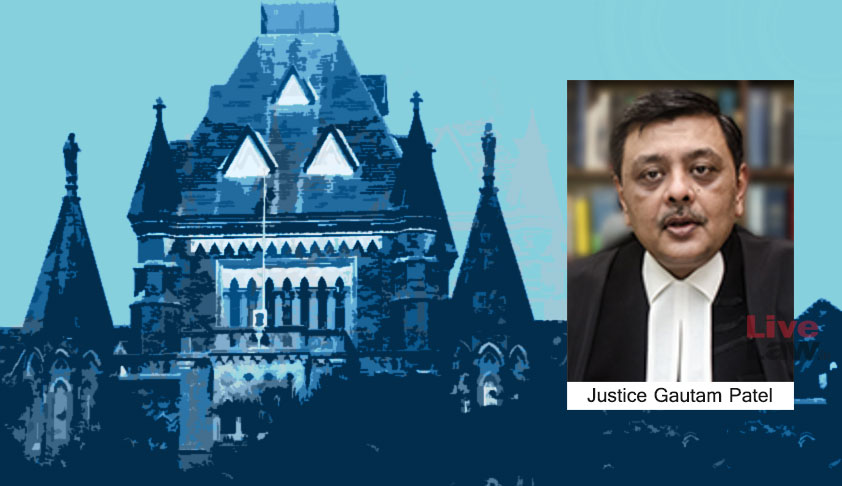 Justice GS Patel of the Bombay High Court, who is currently sitting at the Goa bench, has repudiated a habitual petitioner for filing a petition that he described as inappropriate in its tone and language, and also disrespectful.Dismissing a writ petition filed by one Kashinath Jairam Shetye, Justice Patel recorded his sharp disapproval for the language used against former Supreme Court...

Justice GS Patel of the Bombay High Court, who is currently sitting at the Goa bench, has repudiated a habitual petitioner for filing a petition that he described as inappropriate in its tone and language, and also disrespectful.

The said petition alleged that the principal bench of the National Green Tribunal passed an order in his appeal without giving him a hearing or a notice. It was also alleged that the matter before NGT western zone branch, Pune, was transferred to the principal bench in Delhi even though there was an order of the high court staying a transfer of specific files relating to the matter.

Justice Patel, however, noted that the same petitioner has two matters before the NGT’s western zone branch, and in one of the matters, the petitioner is the respondent, whereas Linet Nunes, who is the respondent in the present petition, is the petitioner in the second matter. Justice Patel observed: “We are unaware when the application for transfer was made; if indeed it was. It is entirely possible that the matter before the NGT in Delhi was a different one entirely, albeit with the same number.

It may be mere happenstance that the two matters carry the same registration number, a possibility when there are litigations in different forums. From this alone it is impossible to say for certain that it was Mr Shetye’s Appeal No. 30 of 2017 before the Western Zone Bench that was (allegedly clandestinely) ‘transferred’ to the NGT in Delhi. The petition proceeds on a presumption that this is what happened. We refuse to follow this path of conjecture.”

It was further observed that the petitioner has not placed on record anything to prove that the transfer application was indeed filed in the same case and was also granted. Also, if such an application was made, it must have been before the high court’s stay on transfer of files.

“We believe it must have been. For we find it hard to believe that any advocate of this Bar, knowing of the stay order, would have in open defiance, made such an application for transfer and concealed our order from the NGT’s principal bench. This has not once been our experience of the conduct and integrity of any advocate of this Bar. We note these various possibilities, because the entire petition in this regard seems to proceed on surmise and conjecture and not fact, though those facts were always within reach. In any case, we have at no time stayed any hearings by the NGT in Delhi of Goa-related matters. We could not have done any such thing” the court said.

The court added that if an order was passed by the principal bench in the petitioner’s appeal without giving him a hearing or notice, the appropriate remedy for him would have been to seek a recall of the said order. Instead, the present petition was filed alleging mala fides against NGT, Delhi, and its chairperson.

Justice Patel noted the conduct of the petitioner at the beginning of the 6-page order. He said: “We do not appreciate his demeanour. When confronted with a question of the inappropriateness of his petition, its tone and its language, he is by turns peevish and downright disrespectful. He tells us he will withdraw all of his several hundred petitions. If this is supposed to be some sort of threat, or meant to intimidate, it is an epic failure; and if these are PILs, it says more about the bona fides of those PILs than he imagines.”

Justice Patel also commented on the significance of Article 226 and how the court has to exercise its jurisdiction with caution: “The 1st petitioner forgets that he is addressing an institution, not a mob, and a court at that. There is no place here for rabblerousing or park corner soap box grandstanding. This has become a fashion. Every time any tribunal passes an order, and even though there are available recourse and remedies, the instant response is to file Writ Petition under Article 226 of the Constitution of India and in that the petition to jettison all considerations of restraint and dignity.

We would remind the 1st Petitioner that when he petitions our jurisdiction under Article 226 of the Constitution of India, he invokes a high prerogative remedy. That is a jurisdiction to be judiciously exercised. It has limitations and constraints. If there is one thing a petition under Article 226 is not meant for it is to pillory tribunals and courts. Nor is it meant for publicity.

“The petition is dismissed, with no costs. This is the last time we remind the 1st Petitioner of his obligations to a Court as a litigant before us. There will not be another.”