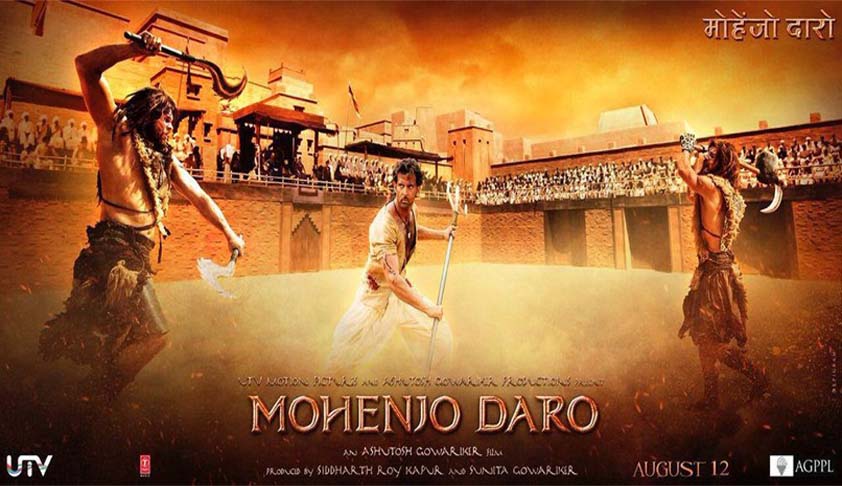 When we spend time on plaintiffs who come with cases like this, we send out every conceivable wrong message to litigants who are otherwise before us, many of them old, many infirm, many aged; and many grown aged waiting for their cases to reach, the Court said.

In a strong worded Judgment, Justice GS Patel of Bombay High Court has denounced the ‘recent’ trend of persons approaching Courts on eleventh hour, with a view to stall release of Movies, claiming that its director or producer has plagiarized his or her ‘creative work’.

The Court which dismissed a Notice of Motion-by one Akashaditya Harishchandra Lama, seeking an injunction restraining the release of ‘Mohenjo-Daro’ directed by Ashutosh Gowarikar, made a scathing observation in the beginning part of the Judgment that “No plaintiff may come to this Court — or, for that matter, any court — and say “I claim my work is infringed. I cannot and will not say precisely what work or when or how; that is something the Court must figure out. But give me a relief it must, and it matters not how it goes about doing this.””.

The Judgment discusses the claims made in the Plaint by Mr. Lama in detail. Dismissing the Notice of Motion imposing a costs of 1.5 Lakhs, the Court observed: “It is impossible to discern from the plaint or any of the Affidavits that have been filed by the Plaintiff, what it is that he claims has been infringed. His is an ever shifting stand. He is constant only in his inconstancy, and while I agree that a foolish consistency is often the hobgoblin of little minds, the very least an application for an urgent interim injunction demands is certainty in the claim made.”

Explaining the need for imposing exemplary costs, the Court said: “This matter has been argued for the better part of the day yesterday in the midst of a week designated for testamentary matters. This judgement, pronounced in open Court, has taken two hours today in open Court. All of this consumption of scarce judicial time, on the eve of a film’s release, is to what end is a question that every Court must ask itself in these matters. When we spend time on plaintiffs who come with cases like this, we send out every conceivable wrong message to litigants who are otherwise before us, many of them old, many infirm, many aged; and many grown aged waiting for their cases to reach. We do ourselves and our system a manifest disservice by pandering to the egos and fancies of a plaintiff such as this.”

COINCIDENCE, HAPPENSTANCE, SHARED COMMON AND PUBLIC SOURCES ARE NOT THE STUFF OF INFRINGEMENT.

Referring to the claims of infringement, the Court observed: “I find, too, that the tendency these days is to blithely accuse anyone of ‘copying’ and ‘plagiarising’ , and the online trolls are particularly adept at this; for these allegations need no proof and have no consequence. Yet, fling about enough mud and some of it will stick. Coincidence, happenstance, shared common and public sources are not the stuff of infringement. Even in copyright law there is a permissible degree of fair use that does not constitute infringement; I only say this to dispel the notion that infringement is some sort of absolute that covers all overlaps. Infringement requires something more than accident. It is a positive act and above all it requires a plaintiff alleging infringement or plagiarism to establish that the defendant knew, had knowledge or could not possibly have been unaware of the plaintiff’s work and his rights in it. This may be shown in a variety of ways; for instance, by a large degree of very similar overlapping or commonality. But the original work of which infringement is alleged must be shown to have existed and to have been know. In this case, the 1995 document is unpublished, so the question of it being in public knowledge is ruled out.”

-WARNS LITIGANTS WHO USE MEDIA IN CASES PENDING BEFORE COURTS

The Court also denounced the tendency of plaintiffs using media in Sub-Judice matters and said:” Perhaps the worst aspect of this litigation is that the Plaintiff has literally gone to town publicizing his litigations against these Defendants. There are innumerable articles and news reports vaunting this Plaintiff’s claim and making it seem as if it is the Gospel truth. There are reports online that have received comments from the reading public. Almost without exception, these comments are adverse to the Defendants. Plaintiffs must decide what avenue they want to pursue. They are welcome to try their cases in the media. Nothing prevents them from doing that. But if they have chosen to come to Court, the very least that I expect is that they will then keep their distance from the media when it comes to matters that are pending before this Court. If such plaintiffs believe that by giving their causes publicity in the media, their litigations in this Court will gain greater traction, they are very sadly mistaken. To such actions, there will always be consequences. This case is one such.”