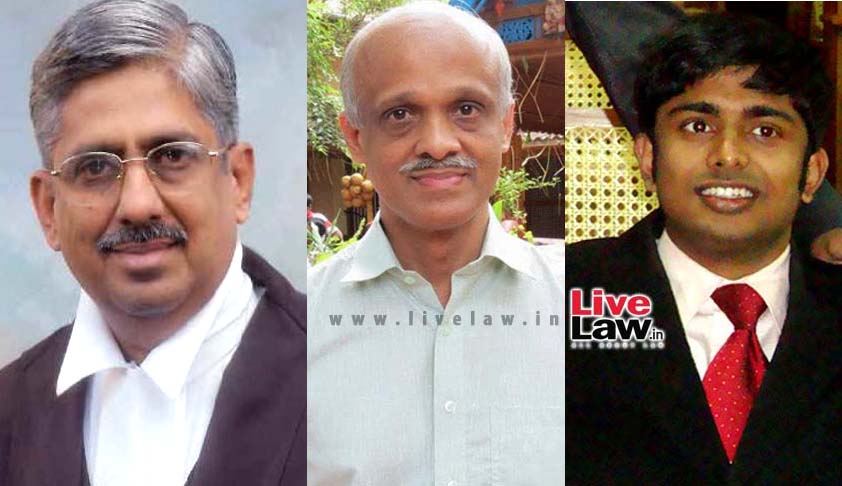 Justice V.M Kanade was presiding the Division Bench which considered the plea of a widow whose kid was denied admission without paying Rs. 30,000 as Admission fee which includes ‘Building Development Fund” also.

Such humanitarian gestures like the present one, by Judges of Lower Judiciary had hit the headlines in Kerala. One such instance was when a Munsiff from Kerala Aravind V.Adiyodi paid the debt of a party and settled the Case in the nationwide Lok Adalat. Another such gesture, which was appreciated by many in Kerala, was when the Judge of Motor Accidents Claims Tribunal, Palakkad S. Manohar Kini, decided to pay Rupees One Lakh to a claimant from his own pocket, to undo the clerical error by the office of Court.

In the present Case, Rita Pannalal Kanojia, who belongs to Schedule caste community, lost her husband who succumbed to cancer two years ago. Due to extreme poverty, she lost one of her children and she is presently looking after her three children with a meagre income she earns by working as a maid servant in other houses. The School in her neighbourhood, which is managed by Tilak Nagar Education Society, asked her to deposit Rs.30, 000/- for the admission of her son. She had challenged collection of ‘Building Development Fund’ contending that it is illegal and unconstitutional. Read Live Law story here.

During the last hearing, the school authorities were told by the Court to admit the child without insisting for Building Development fund. The School then insisted on paying of Rs. 10,500 as fees.

The lawyer for the widow, submitted before the Court that he school had asked the watchmen to bar her from entering the campus when she went to pick up her kids. The lawyer also alleged that the school had threatened her to withdraw her petition and refused to accept payment in instalments.

Justice Kanade, then asked the counsel for the School authorities not to turn this into an ‘ego issue. “The school should take a sympathetic view towards such cases. We will pay the money for the child’s admission”, the Judge said. Reportedly, the School authorities have later changed their stance and submitted before the Court that the child would be granted admission and that he can join the school from Monday.

Reacting to Judge’s offer to pay school fees, Kanojia said “I am ready to pay in instalments. We are thankful to the judge for offering to pay the fees”.