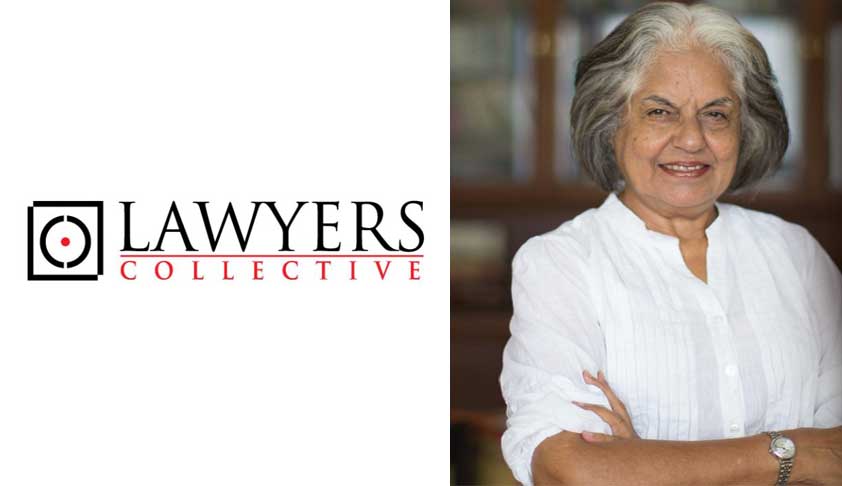 In a major relief to Senior Counsel Indira Jaising’s NGO, The Lawyer’s Collective, the Bombay High Court passed an interim order de-freezing their domestic accounts.Justice MS Sonak held that the Centre’s allegations of “mixing of foreign contribution with domestic funds” were “vague and bereft of reasoning.”The bench was hearing an appeal filed by lawyer’s collective...

Justice MS Sonak held that the Centre’s allegations of “mixing of foreign contribution with domestic funds” were “vague and bereft of reasoning.”

The bench was hearing an appeal filed by lawyer’s collective against an order dated November 27, 2016 by the Centre under Section 14 of the Foreign Contribution (Regulation) Act, 2010. By the impugned order, the Centre had cancelled the certificate of registration of the appellants.

The Union Government’s direction to the Charity Commissioner to dispose off all assets of the appellant under Section 22 of the FCRA has also been put on hold with this order.

Senior Counsel Aspi Chinoy appeared for the appellants in the matter, he argued that it was clearly not a case where the appellants have either ceased to exist or become defunct. Therefore, there was no case made out for exercise of powers under section 22 of the FCRA.

Chinoy further submitted that even on facts, there is no case made out to pass such a drastic order of which will virtually bring to a standstill all the activities of the appellants. He said-“Directions in the impugned order have a chilling effect upon the fundamental as well as other rights of the appellants.”

Additional Solicitor General of India Anil Singh argued on behalf of the Union. He submitted that the Trustees of Lawyer’s Collective, in breach of the provisions of section 7 of the FCRA read with Rule 24 of the said rules “received and spent foreign contributions for activities not listed in the objectives of the appellant’s association.”

After a reading of Section 22 of FCRA, court observed- “At least prima facie, for any action under section 22 of the FCRA, the authority concerned has to be satisfied that the person who was permitted to accept foreign contribution under the said Act, which would, in the present case, include an association like the appellants “ceases to exist or has become defunct”. There is absolutely no material on record to even suggest that the appellants have either ceased to exist or have become defunct.”

Court further observed that at least prima-facie, by resort to the provisions of FCRA, the Central Government cannot “stifle the very functioning and the activities of individuals or associations, provided, such activities and such functioning is not otherwise in breach of any legal provisions.”

Examining the facts of the case the court said – “The allegations of mixing or flow from out of foreign contributions, as noted earlier, are quite vague and bereft of details or reasoning.”

This is an interim relief and the freeze order upon the FCRA Accounts of the Lawyer’s Collective shall remain pending and will be decided in due course.

Speaking To LiveLaw, Lawyers Collective Secretary Advocate Indira Jaising welcomed the order passed by the Bombay High Court today and stated – “The cancellation of its FCRA registration is nothing but a malafide act on the part of the government, for victimizing Lawyer’s Collective for the human rights work it has been doing for decades. This order will allow us to continue our critical operations of providing legal aid to marginalised communities in India and continue to be in public service.”