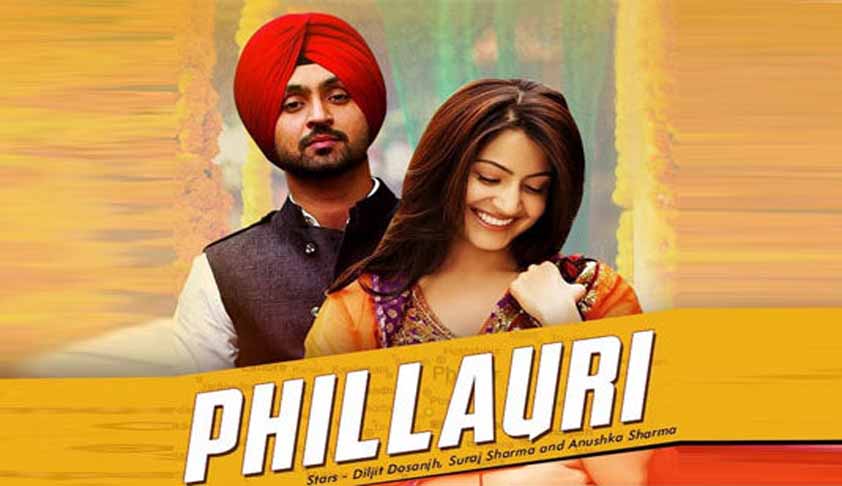 Once again, the Bombay High Court has imposed costs on a litigant for indulging in frivolous litigation.This time, Justice GS Patel imposed Rs.5 lakh as cost on plaintiffs who claimed copyright infringement on part of makers of the Bollywood movie Phillauri.According to the plaintiffs, copyright was infringed as Phillauri has certain similarities with their Gujarati, Bhojpuri and Nepali...

Once again, the Bombay High Court has imposed costs on a litigant for indulging in frivolous litigation.

This time, Justice GS Patel imposed Rs.5 lakh as cost on plaintiffs who claimed copyright infringement on part of makers of the Bollywood movie Phillauri.

According to the plaintiffs, copyright was infringed as Phillauri has certain similarities with their Gujarati, Bhojpuri and Nepali film Mangal Phera, which was first released in Gujarati in 2013. It is important to note that the said film (Phillauri) was to be released on March 24, and the hearing took place on March 21.

Although the matter was not on board, it was mentioned and thereafter taken on board. Justifying the urgency, plaintiff’s lawyer Manoj Saboo cited the release of Phillauri in a few days as the reason.

The trailer of Phillauri was released on February 6, 2017.

Although a notice was sent by the plaintiffs to the defendants in February, a reply was also sent, the plaintiffs waited till March to move the suit.

Justice Patel observed:“This practice of parties claiming copyright infringement coming to Court at the eleventh hour and expecting Courts to drop all other work to listen to and decide their applications on a priority basis must be discouraged.”

On the urgency shown by the plaintiff’s lawyer, Justice Patel observed how the court staff is hard-pressed with other judicial work and thus, the matter cannot be taken up with such urgency. Saboo still insisted and so the matter was taken up at 1 pm, but Justice Patel made it clear that if there was a “lack of genuine urgency” or no merits in the suit then there will be “severe consequences”.

Aldrin D’Costa argued on behalf of the plaintiffs that Phillauri copies the basic idea and concept from Mangal Phera.

He said that Phillauri was a “substantially slavish imitation” of the plaintiffs’ original work Mangal Phera.

Upon examination of D’Costa’s submissions, Justice Patel observed: “It is not demonstrated, prima facie, that the Plaintiffs’ expression of that idea has been illicitly copied by the Defendants. Such similarities as we find are not unique, nor significant, and almost all of them can be traced to something in the public domain. The differences are too acute to ignore.”

Appearing for Fox Star Studios, producers of Phillauri, senior advocate VV Tulzapurkar pointed out that the delay caused in bringing the suit could not be accidental.

The court made several prima facie observations rejecting the plaintiff’s claim of copyright infringement, Justice Patel then had some harsh words for the plaintiffs who insisted on urgency of the matter.

He said:“I am now making it clear once and for all that these attempts at snatching last-minute injunctions, unfairly prejudicing the other side, and putting other litigants to real hardship (not mere inconvenience), let alone putting Courts and their infrastructure under pressure, will not be tolerated. Our Courts are not meant for these frivolities. They are not meant as playgrounds where any person with a fanciful notion can come at the last minute and demand as of right that all other work be set aside and all other concerns be relegated to second place.“

Directing the Registry to place the suit under the Commercial Division, Justice Patel imposed a cost of Rs. 5 lakh under Section 35A(2) of the Commercial Courts Act 2015. Half of these costs will be paid to the Legal Aid Cell and the remaining amount to Tata Memorial Hospital.