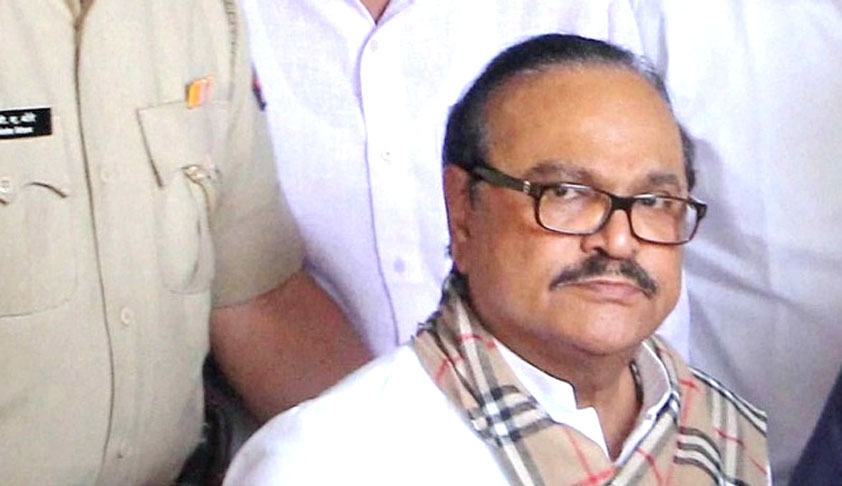 A division bench of the Bombay High Court rejected former Deputy Chief Minister of Maharashtra Chaggan Bhujbal’s petition seeking a writ of habeas corpus against his arrest. Bhujbal was arrested on March 14 this year by the Enforcement Directorate after he was booked under Section 3 read with Section 4 of the Prevention of Money Laundering Act.

A PIL was filed by the Aam Admi Party in 2014 alleging irregularity in the grant of contract for the construction of New Maharashtra Sadan. It was further alleged that Bhujbal, who was PWD minister at that time, personally benefited from this transaction along with his family members. A Special Investigation Team was constituted following orders by the High Court. It has been alleged that funds were transferred indirectly to Bhujbal and his relatives. A chargesheet filed by the Anti-Corruption Bureau revealed that Bhujbal along with his family members laundered some 900 crores.

Bhujbal filed a writ petition in the High Court after his consistent attempts to secure bail on medical grounds failed. He challenged the constitutional validity of Sections 19(power to arrest) and 45(offences to be cognizable and non-bailable) of the PML Act. To examine the maintainability of Bhujbal’s petition, the bench of Justices Ranjit More and Shalini Phansalkar Joshi relied on the apex court’s judgement in Kanu Sanyal v. District Magistrate, Darjeeling & Ors. The apex court had said- “A writ of habeas corpus cannot be granted when a person is committed to jail custody by the competent court by an order, which prima facie does not appear to be without jurisdiction or wholly illegal.”

Apex court’s decision in the case of Madhu Limaye v. Superintendent, Tihar Jail was cited by Senior Counsel Vikramjit Choudhary who appeared for Bhujbal, he argued that his client’s arrest was illegal and arbitrary. Rejecting  this argument and dismissing Bhujbal’s petition the bench observed- “The Petitioner has failed to show that his arrest is wholly illegal, null and void and further failed to show that the Special Court has passed the Remand Order mechanically without application of mind, his petition for Habeas Corpus cannot be maintained.”

The Special PMLA Court has now ordered Bhujbal to be sent back to Arthur Road Jail. He had been undergoing treatment for over 40 days at Bombay Hospital.